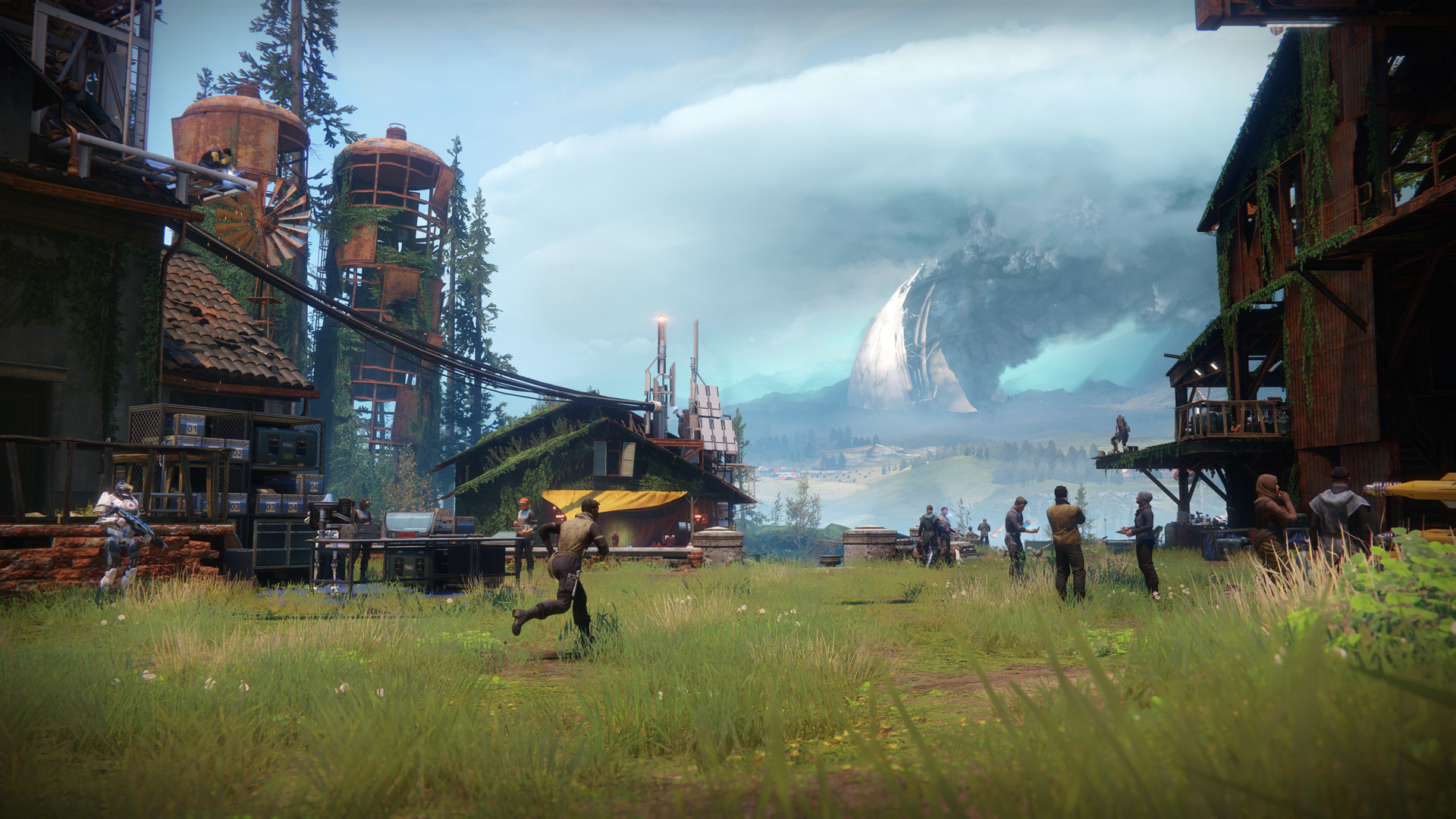 Destiny 2 has received about a dozen Seasons since its release. Every few months, a new Season begins, giving players new Power to chase, Exotics to unlock, and hopefully, new and exciting activities to experience. It can get a bit murky after all these years for any players looking to think back on a Season or work out how many there are. To help with this, below you’ll find a list of every Season in Destiny 2, in order, as well as a brief description of what it included. Expect for this guide to be updated every few months.

All Seasons in Destiny 2

There are roughly a dozen Seasons in Destiny 2, with the seasonal model officially beginning after the release of Forsaken. Before then, Bungie was still utilizing a traditional DLC release schedule. Each Season typically brings with it some new stories, Exotics to chase, and better gear to unlock. Though they weren't officially called Seasons until much later, the base game and the first few DLC drops were retroactively numbered.

Use the below Destiny 2 Season names to jump to the appropriate Season and read a brief overview of what it introduced.

Destiny 2 originally launched back on September 6, 2017, on console and then on PC on October 24, 2017. This base game introduced players to new mechanics, a double-primary weapon setup, as well as other new and strange changes from the original game. Players would fight against Ghaul and the Red Legion, ultimately defeating the Cabal leader, and seeing the Traveler wake up from its slumber. It was here that players got their first glimpse of the Pyramid ships that would eventually be the focus of Shadowkeep some two years later.

Curse of Osiris was the first DLC added to Destiny 2 on December 5, 2017, and is often considered the lowest point in the series. Players were jetted off to Mercury, where they helped Brother Vance and Osiris fight against Panoptes, a Vex Mind. Aside from forging a few weapons, there was really nothing going on in this season.

Warmind was the third and final mini-DLC released on May 8, 2018, before Bungie shifted to a seasonal model. Warmind took players back to Mars, where they helped Ana Bray and Rasputin take on a Hive worm god. The big appeal of this season was Escalation Protocol, a pseudo-wave defense activity, as well as the brutally-challenging quest, The Whisper, which rewarded Whisper of the Worm, a new version of Black Hammer/Black Spindle.

Season 4: Forsaken / Season of the Outlaw

Released on September 4, 2018, Forsaken marked the first massive shift in direction of Destiny 2 and started Year 2. This major expansion changed just about every facet of the game, and is often considered Destiny 2’s own “The Taken King”. It also marked the introduction of a new end-game activity called a dungeon. These three-player activities are a mini-raid of sorts, demanding high Power levels, skill, and puzzle-solving. Those seeking more PVE-cross-PVP content were rewarded with Gambit, a mode that tasks two teams with defeating PVE combatants and invading the other team's world for a bit of PVP.

Season 5: Season of the Forge

Season of the Forge was the first time a piece of DLC was officially classified as a "Season" and was released on December 4, 2018. Though there was a rocky launch with players unable to experience the first new activity due to a demanding Power requirement, Season of the Forge offered plenty of new gear for players to chase. This Season also went by the title, Black Armory.

Season 6: Season of the Drifter

Season of the Drifter was released on March 5, 2019. This Season was also known as Joker’s Wild. Though light on new PVE activities, Season of the Drifter’s main focus was on Gambit, and the newly-introduced Gambit Prime and The Reckoning. Players were also able to unlock Outbreak Perfected, an Exotic Pulse Rifle that was called Outbreak Prime back in the original Destiny.

Season of Opulence was the next Season to join the ranks of Destiny 2 on June 4, 2019. The Season was an instant-success thanks to The Menagerie, a new PVE activity that allowed players to farm the exact weapon they wanted. The story also shined more light on the jubilant Emperor Calus and his Leviathan ship, which had been overrun with Hive.

Season 8: Shadowkeep / Season of the Undying

Shadowkeep was the second major expansion to hit Destiny 2 on October 1, 2019, and sets in motion Year 3. Though not as impressive as Forsaken, Shadowkeep seemed to finally hit some story notes players had been waiting for since the base game released two years prior. Players came face-to-face with the Darkness and its Pyramid ships, which would path the way for future releases.

The release of Shadowkeep also kicked off a new Season, Season of the Undying, which introduced a 100-rank Season Pass for the first time and a new mechanic, the seasonal artifact. This artifact would allow players to gain as much Power as they could by gaining exponentially more XP. Players would also be able to chase higher Power levels with a new Pinnacle system, which would grant 10 Power above the Season's soft cap, a difficult task for even the veteran players.

This Season also marked the release of a free version of Destiny 2 called New Light.

Season of Dawn was released on December 10, 2019, and took players back to Mercury for the first time since Curse of Osiris. This time, the story was far more impressive, with players rescuing Saint-14 (a legendary figure players have discussed since the original title) from the time-bending Vex.

Season 10: Season of the Worthy

Season of the Worthy was the tenth season added to Destiny 2 on March 10, 2020. The primary focus of this season was Trials of Osiris, the new Seraph Tower public event, and the Seraph Bunkers. This Season culminated with the Warmind Rasputin destroying the Cabal-controlled ship, The Almighty, in Destiny 2’s first live event.

Though the previous seasons were by no means unpopular, Destiny 2 really hit another stride when Season of Arrivals released on June 9, 2020. This Season added Umbral Engrams, which allowed players to chase very specific weapons with greater ease. The story also reached a new height, with Pyramid ships appearing around several planets including Io, Titan, Mars, and Mercury.

Season 12: Beyond Light / Season of the Hunt

Beyond Light is scheduled to release on November 10, 2020, and will be Year 4 of Destiny 2. This new Season looks to add new elemental powers for the first time since The Taken King in the original Destiny several years ago. Players will be able to wield the power of the Darkness in the form of icy “stasis” abilities. Beyond Light will also be the first time Bungie removes massive amounts of content, with Io, Titan, Mars, and Mercury being “vaulted”, along with any activities tied to those locations.

If Beyond Light follows the same seasonal model, players could likely expect three additional Seasons before the next major expansion.

The Witch Queen was announced in June 2020 as part of a special Bungie stream and is planned for release in 2021. The Witch Queen will be the start of Year 5 of Destiny 2. This major content release will likely focus on Savathun, the sister to Oryx, the Taken King. The numbering format of this Season is unknown, though were we to hazard a guess, it would be Season 16 based on the assumption that each major release includes three Seasons.

The current working title for Year 6 of Destiny 2 is called Lightfall and is planned for a release sometime in 2022. Much like the previous Season, this expansion was announced in Bungie’s June 2020 stream. Again, the numbering of this Season is unknown, but if there are three Seasons per yearly expansion, there’s a good chance this will be Season 20.

There are a lot of Seasons in Destiny 2, with each one adding new gear for players to chase, stories to experience, and things to discover. With the announcement and release of each new Season, expect this list to continue to evolve over time. Be sure to check out the Shacknews Destiny 2 guide for an exhaustive coverage of all things Destiny.