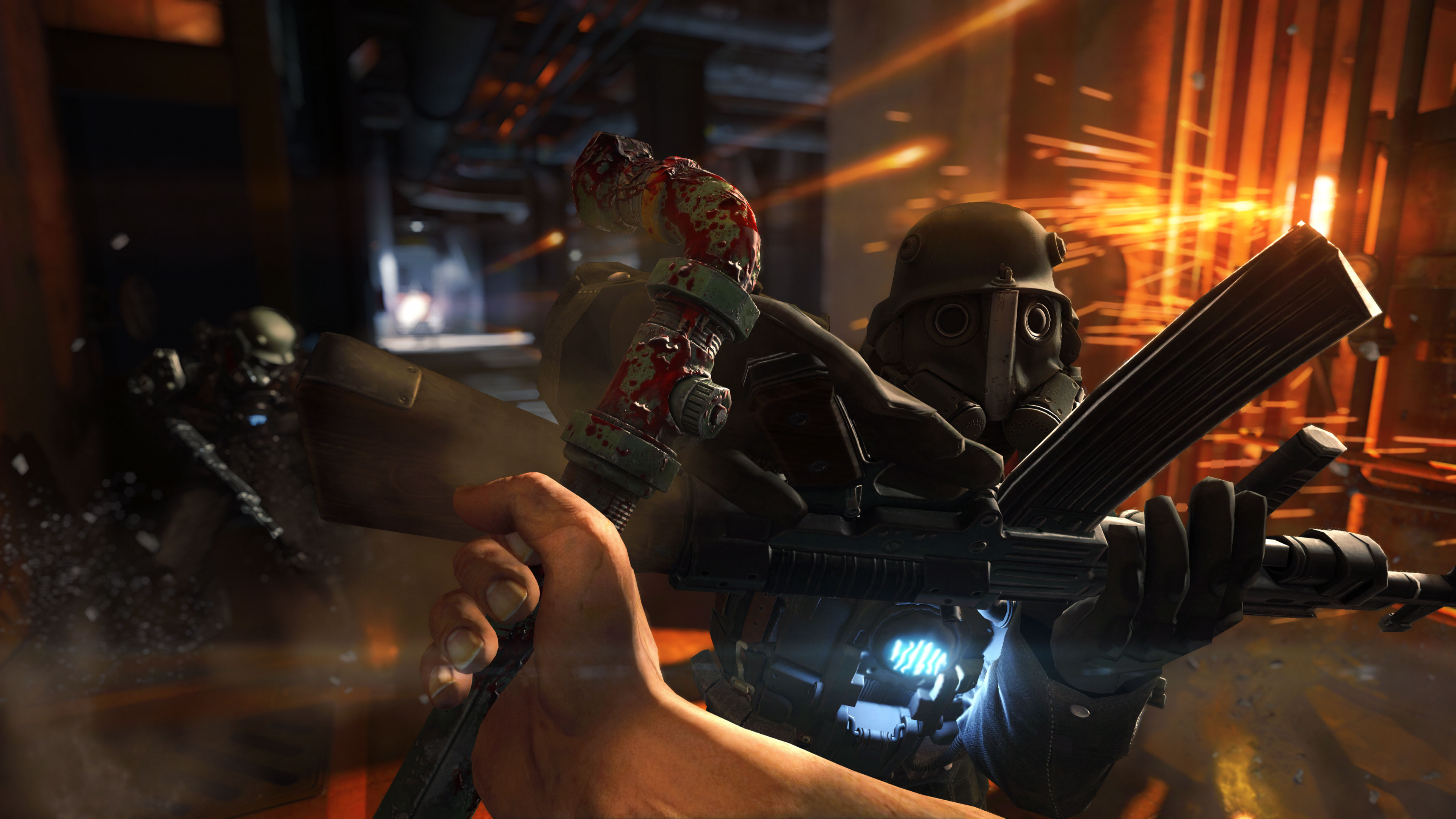 This page will act as a landing page for all of our strategy coverage of Wolfenstein: The Old Blood. Check back after the game releases on May 5th for up to date content to help you find every collectible, and discover ever secret.

When Wolfenstein: The New Order released in May of 2014, players were struck by the sheer genius of MachineGames reboot of the popular classic FPS series. Now the company, and publisher, Bethesda Softworks, are at it again, as May 5, 2015 will see the release of Wolfenstein: The Old Blood. This standalone expansion is actually a prequel set before the events of The New Order.

The first chapter of the DLC, titled Rudi Jäger and the Den of Wolves, will throw players into the boots of U.S. Soldier William “B.J.” Blazkowicz as he attempts to gain access to, and enter Castle Wolfenstein in an attempt to find Deathshead’s compound. This expedition for information will continue into the second chapter, The Dark Secrets of Helga Von Schabbs, as Blazkowicz tracks down a Nazi archeologist in Wulfburg, who is threatening to release a mysteriously dark and ancient power into the world.

Make it through the checkpoint, find the safe, and escape the military compound.

Wolfenstein: The Old Blood – Part 1: Rudi Jäger and the Den of Wolves

Escape your cell, find Wesley, and restore power to the barge before finding your way into Wolfenstein Keep.

Infiltrate Wolfenstein Keep, and find Wesley in the Anatomical Theater.

Find Agent Two, infiltrate the Wulfburg tavern, and take the folder from Helga.

Escape the tavern, fight off zombies, and find Annette and Kessler in the Workshop.

Use the Laderoboter to break through gates, and follow Helga to the church ruins in Old Town.

Infiltrate the dig site, find Helga, and defeat the Monster in the finale chapter.

Wolfenstein: The Old Blood – Collect all Gold Items: All That Glitters and Gold Master Trophies

Wolfenstein: The Old Blood - How to Find all the Nightmare Levels

Find all nine of the Nightmare levels hidden throughout The Old Blood's 8 hour campaign.

A complete list of every trophy and achievement that players can earn while playing Wolfenstein: The Old Blood. 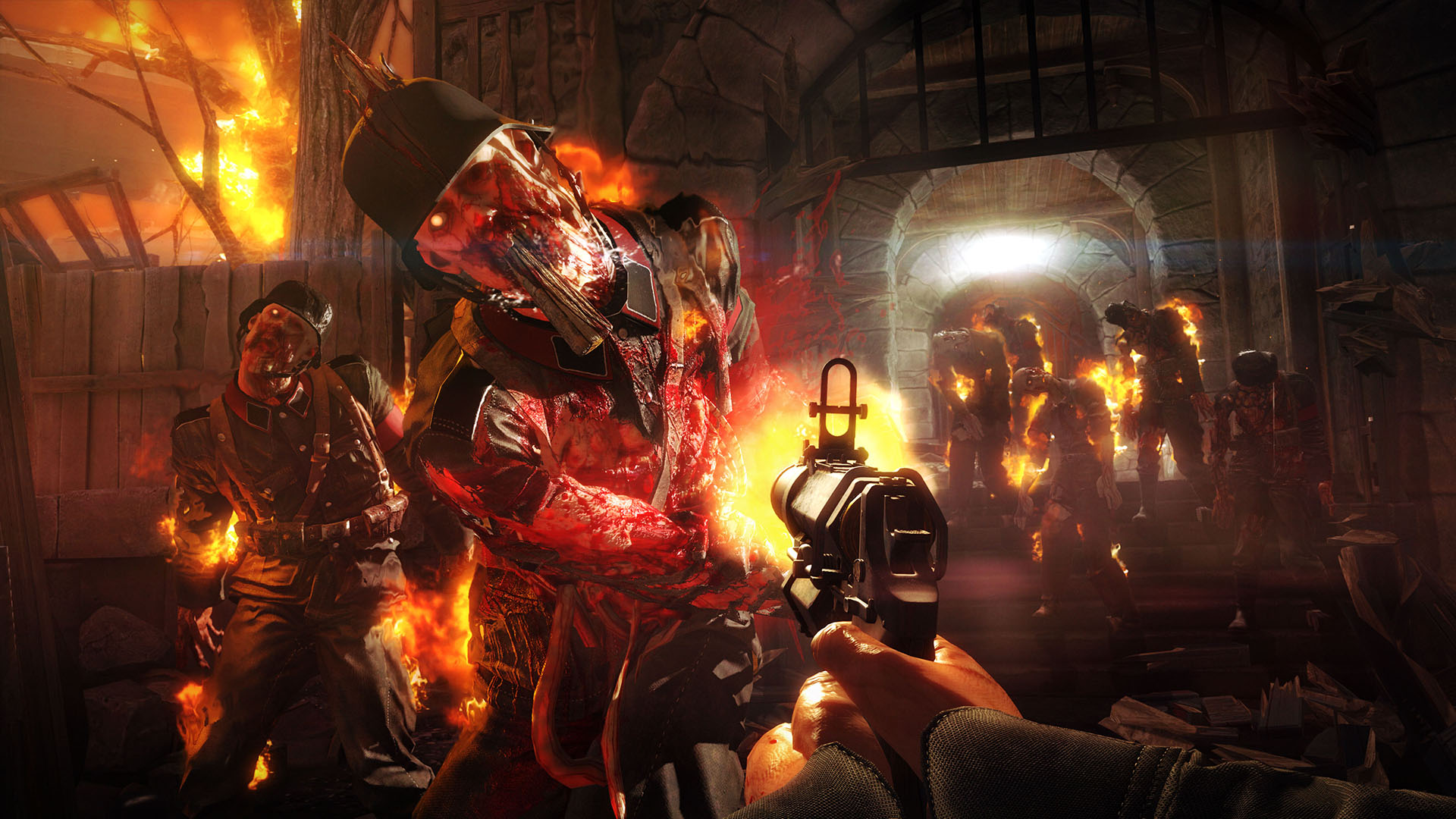 Part 1 - From a burning plane to Deathshead's Compound

Jump into the boots of William “B.J.” Blazkowicz, and take on the hordes of Deathshead’s minions.

Our Wolfenstein: The New Order guide continues as B.J. shoots his way through a legion of guards.

It's time to fight some hulking robots in Part 3 of our Wolfenstein: The New Order guide.

For Part 4 of our Wolfenstein: The New Order guide, Blazkowicz goes to prison!

Part 5 - Settling in a New Home and Finding the Project

This short section has you settling into your new place, but no one said you shouldn't snoop around. Find out where to get the crowbar and find The Project Whisper Folder for Caroline.

Part 6 - From the London Nautica to the Giant Robot

It's man vs machine, as Blazkowicz has to take on killer Nazi robots. Make your way through London Nautica and find out where to find a gun big enough to defeat the giant robot at the end.

In which a simple trip for some concrete takes a sudden and foul-smelling turn. Check out the next bit of Wolfenstein for where to find the upgrades and a nicely nostalgic Easter egg.

Our next journey in the world of Wolfenstein is a long stealthy mission that culminates in a bloody prison break.

The hideout's population has grown, and it's time to run a couple of quick errands. Find the welding equipment for Set Roth and set aside some time to locate Anne's lost wedding ring. Also find new upgrades for the Laserkraftwerk and blast apart robots. 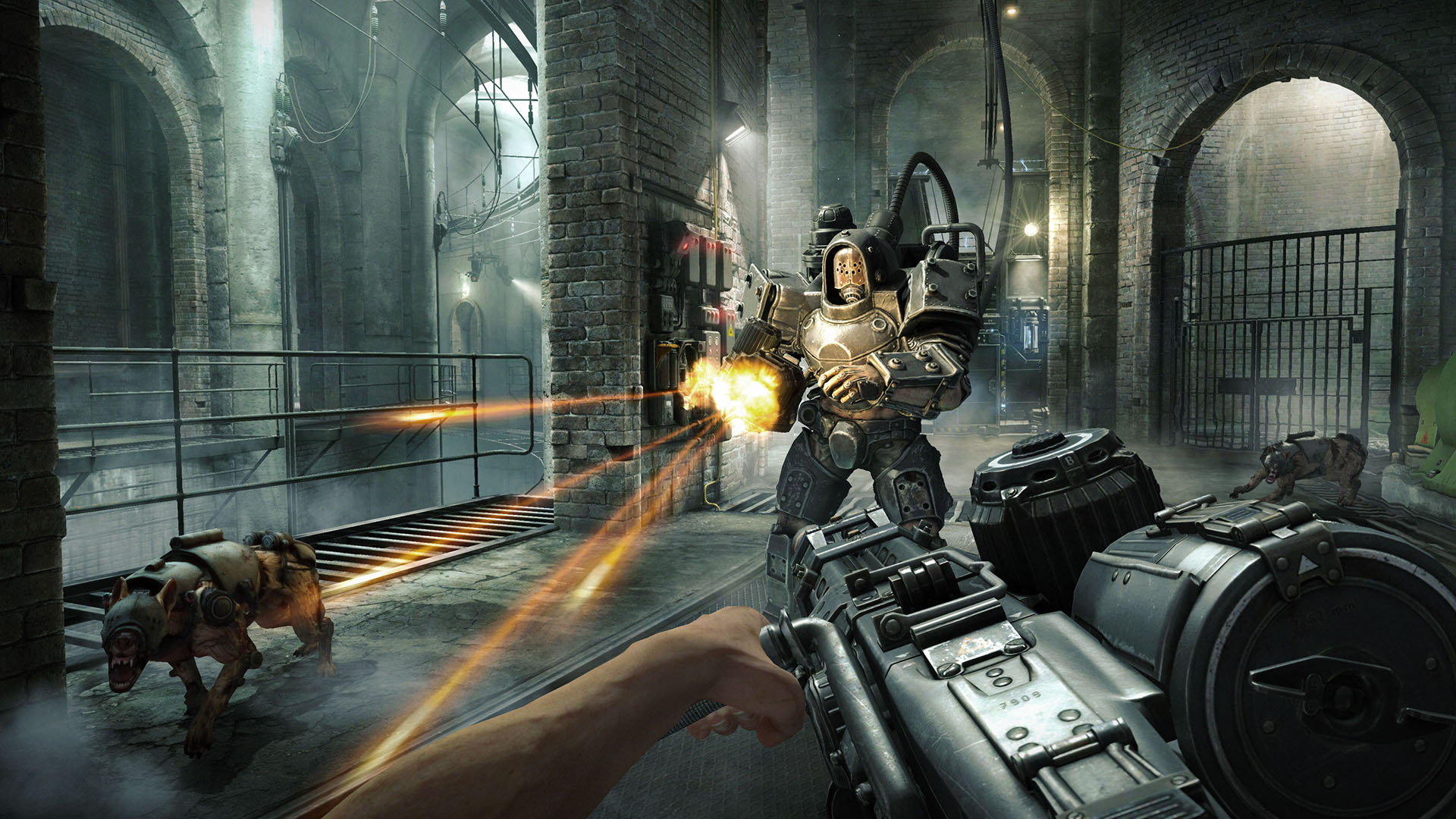 Take a nice, relaxing flight through a maze of tunnels using the Tunnel Glider. You'll even pick up the Gold Snake for your trophy case, and the coveted Laserkraftwerk Tesla Upgrade along the way.

Part 11 - From the U Boat to the Secret Vault

Make your way through the Nazi U Boat, and learn how to lower the step to make your way up to the secret vault.

Traverse the Gibraltar Bridge and learn to use the giant robot's own weapons against them.

Part 13 - Lunacy on the Lunar Bridge

Take down Commanders using alternate routes, and defeat any giants robots trying to keep you from reaching your ride back to base camp.

Learn all the secrets to help you take down the giant London Monitor, and loot up everything you can in the next chapter of Wolfenstein: The New Order.

A short mission overall, but this mission will see many of the game’s plot points come to fruition as you struggle to save your friends from Engel, and make it back to your hideout in one piece.

The final chapter of one of the best reboots gaming has ever seen, and it doesn’t disappoint. Take on scads of giant robots, two boss fights, and then take down the Prototype Robot, before taking on Deathshead and bringing the story to a close.