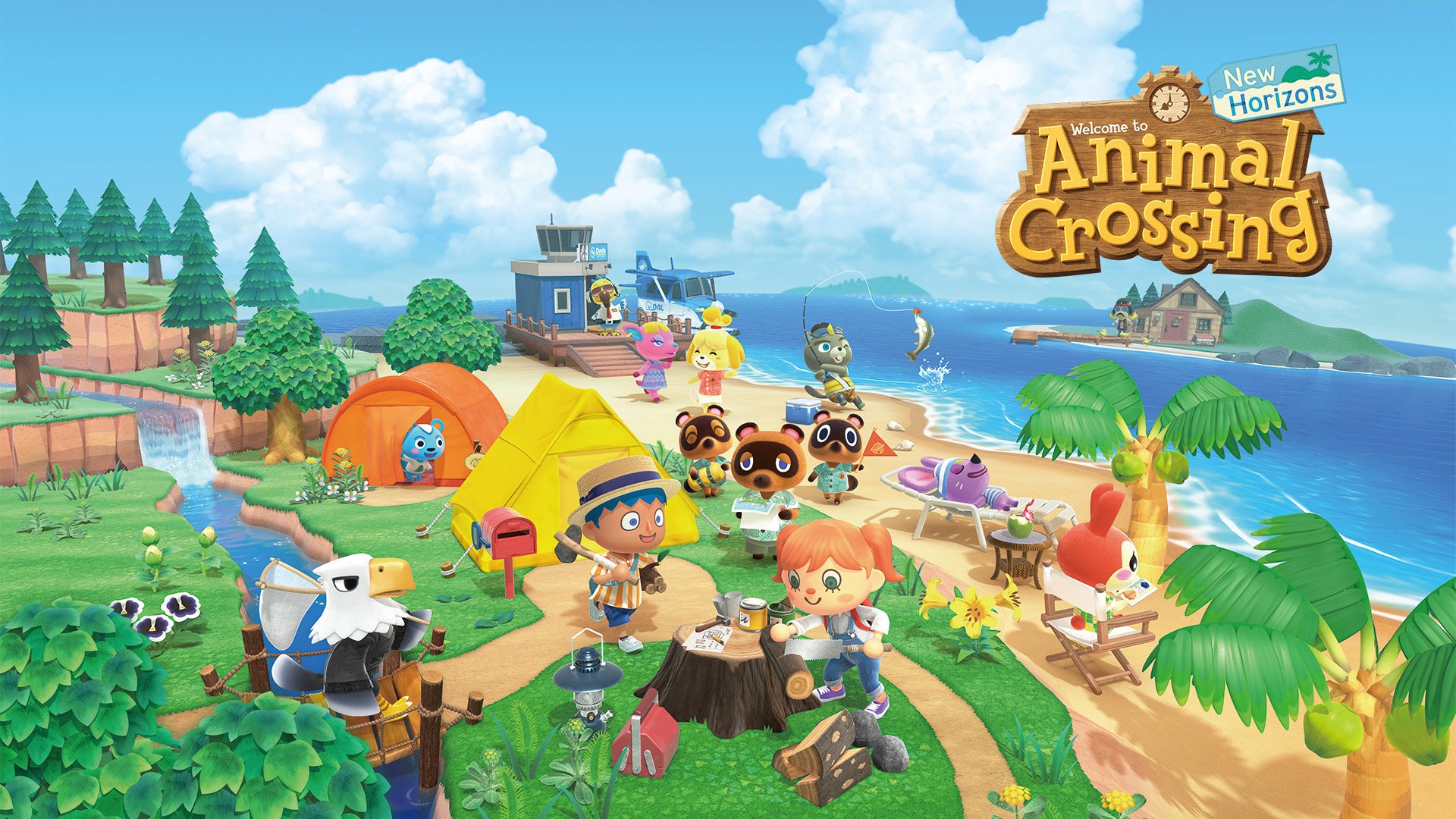 Animal Crossing: New Horizons is only a month away, and there’s already so much we know about Nintendo’s next relaxing entry in the series. February 20th’s Nintendo Direct shed more light on what players can expect when they finally land on Tom Nook’s Deserted Island in March. So let’s take a look at every detail you might have missed from the Nintendo Direct and see what awaits us in Animal Crossing: New Horizons.

While the Animal Crossing: New Horizons Nintendo Direct was a mere 25 minutes long, that short almost-half-hour was jam-packed full of juicy little morsels for fans to sink their teeth into. The presentation was split into three packages. The firsts section detailed topics and features players might have already known, the second highlighted new features and mechanics, while the last was a questions-and-answers portion.

Some of the following information is from the Nintendo Press release found at Business Wire.

Let’s get the most important aspect out of the way first: owning the game and any extras. Animal Crossing: New Horizons is currently available for pre-order and depending on where you choose to buy, you might receive different rewards. Josh Hawkins has done up a pre-order guide for those that have yet to secure their copy.

There is also a limited edition Animal Crossing: New Horizons themed Nintendo Switch. This gorgeous little device features soft green and blue Joy-Cons while the charging dock has an image of Tom Nook on an island. This is bound to be a must-have item and stock is sure to be limited.

One of the biggest new additions mentioned in the Nintendo Direct is that Animal Crossing: New Horizons will include terraforming, bridge building, and ramp creation. This will add a whole new level of customization to player’s islands as they craft them into the perfect paradise.

The act of building bridges is going to make it far easier to navigate the many rivers and bodies of water. Previously, players would need to go on a long walk to get around a river. Now, in New Horizons, bridges will make traversing the archipelagos much quicker! Or you can stick with your trusty bit of bamboo and leap across the gaps.

Anyone who’s spent a bit of time with Animal Crossing: Pocket Camp will be intimately familiar with the many free updates and events, and it looks like Nintendo will be bringing these to New Horizons.

Players can expect a bevy of free updates, with the first occurring at launch. These updates will allow access to special events that celebrate various real-world holidays and occasions. The first one is going to be Bunny Day, an Easter-themed event.

From the image shown during the Direct, it seems like we can also expect a Halloween event, Christmas event, something for Thanksgiving, and perhaps a celebration of Mardi Gras.

Speaking of Pocket Camp, players that have both games will receive special items in each game. Be sure to follow the Animal Crossing: Pocket Camp Twitter for more information.

Another big surprise from the Nintendo Direct was that Animal Crossing: New Horizons will include amiibo support. If you’ve got a tidy collection of Animal Crossing amiibos, now is the time to get them ready for action or go and pick up any you’re missing. Players will be able to scan the amiibo, transporting the character into the game, and then pose them for a photoshoot in Photopia. This is a cute little addition that is bound to result in some rather hilarious images.

One important detail that players may or may not have been aware of is that Animal Crossing: New Horizons will let you pick what hemisphere to live in. If you’ve been living in the northern hemisphere all your life, why not stake out your new land in the southern hemisphere?

What this means is that your island will be experiencing the same weather as its real-world hemisphere counterpart. Opting for the southern hemisphere will mean you get to experience winter in July.

Aside from different seasons at different times, what else might this mean? We could see different stars in the sky as well as celestial bodies. For example, those in the southern hemisphere might be treated to the Southern Cross or aurora australis while those in the northern hemisphere might see the aurora borealis. It will be interesting to see what sort of details are included here.

Museum and other buildings

Life on a deserted island won’t always be limited to a tent and a campfire. A more civilized age will come to Animal Crossing: New Horizons with the introduction of museums and other types of buildings.

The museum looks to be a hot place to explore history and perhaps acquire unique quests and items. There will also be a clothing store and furniture store for those that want some unique items that can’t be crafted.

Just because you’re living on a deserted island in Animal Crossing: New Horizons doesn’t mean you don’t get some creature comforts. Tom Nook has been kind enough to supply everyone with a NookPhone! This phone includes a camera and map app and will upgrade over time as new applications are added!

While you’re busy using the in-game phone, don’t forget about your own mobile device. Animal Crossing: New Horizons will take advantage of NookLink, an app within the Nintendo Switch Online app. NookLink will allow players to scan Custom Design QR codes to import patterns from previous games. It will also allow text chat with your friends in-game and even voice chat.

Animal Crossing: New Horizons will also include a form of multiplayer. Between four and eight players will be able to play on the same island at the same time. When on the same console, you can have three other players join you to explore the island. In this mode, one player is assigned the role of leader while the others follow. Take turns at following the leader so everyone can get their chores done!

In a surprising turn of events, Animal Crossing: New Horizons will not support the Nintendo Switch Online Cloud Backup feature. Instead, Nintendo will be offering a restoration process sometime after release. Specifics on this process haven’t been finalized. However, there is some fine print at the bottom of this reveal that states, “Nintendo Switch Online members can only have save data recovered one time due to loss or damage of system.” Until this service is revealed, players will just need to be careful with their Nintendo Switch systems.

With Animal Crossing: New Horizons releasing on March 20, players are looking for everything and anything they can do to prepare. One thing that is going to be at the top of everyone’s to-do list is to preload New Horizons. Thankfully, players can now do just that! If you've preordered New Horizons, you can load up your Nintendo Switch and start downloading and installing the game now. By preloading, you will be able to avoid any congestion at launch and instead dive straight in!

It’s barely been a day since the announcement and already there are theories popping up about the lore behind Tom Nook’s island. One particularly intriguing theory is that the island in New Horizons actually belonged to Tortimer, an elderly frog that retired in New Leaf. During the New Horizons Nintendo Direct, players have spotted a gravesite, which has led to the theory that the island is Tortimer’s and that gravesite may actually be his. Alternatively, this may just be the grave of Wisp, a scary ghost that comes out during the night.

ACNH is looking absolutely brimming with content for players to enjoy. There’s not long now until the release, so make sure you keep it locked to Shacknews for the latest news and announcements about Animal Crossing: New Horizons!