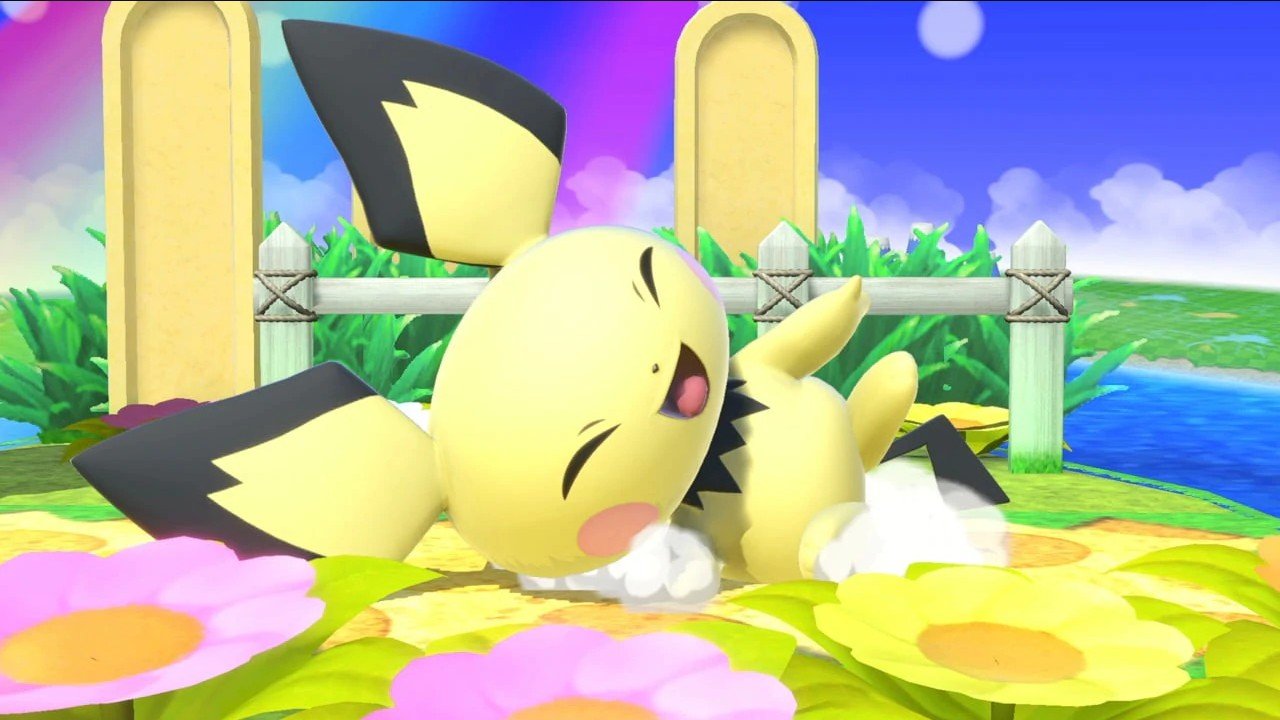 For 20 years, Super Smash Bros. has seen Nintendo's greatest character butt heads on the battlefield. The franchise has since invited the most recognizable third-party faces from across the gaming world, with Super Smash Bros. Ultimate bringing everyone together. Everyone is here, along with some new faces joining the party.

It's back to our regularly scheduled breakdowns. Let's look at another returning character from Super Smash Bros. Melee, one who's turned out to be much better than it looks.

When Pokemania was originally hitting its fever pitch around the turn of the century, Nintendo and Game Freak came up with the idea of "Pikachu, except cuter!" And of course, the best way to see that idea through was to create pre-evolutions. Pokemon babies, if you will. From that came Pichu, the pre-evolved form of Pikachu. Pichu is just learning its electrical abilities, so they're not entirely controlled. But it still has enough electricity to power an apartment complex, which should give you an idea of how much power it has.

Pichu first debuted in Super Smash Bros. Melee, just a few years after its debut in Pokemon Gold/Silver, and quickly sat along the bottom tier. But with 17 years to reflect on its Melee role, Pichu has had some time to evolve. (Not evolve into Pikachu, I mean "evolve" in a figurative sense.)

One would think that Pichu would be inferior to Pikachu in every way, but that's not entirely the case. Pichu has some slightly different attacks, with his tilt and smash attacks acting differently than its bigger brother. Pichu and Pikachu share specials, which prove to be just as effective on Pichu, with the only drawback being that any electrical attacks inflict minor recoil damage.

Pichu is the lightest fighter in the game, making Jigglypuff look like Snorlax by comparison. So even at lower percentages, it's vulnerable to a big KO hit or to a fierce throw.

Readers might be looking at this and going, "Wait, most of this sounds bad. I thought Pichu got better."

Oh, it has. Pichu is now faster than it was even in Melee, allowing it to approach opponents and hit for strings of multi-hit combos. It's a much greater aerial fighter, able to move faster in the air. Because of its small stature, it's also more difficult to pin down, with some projectiles even able to clear it entirely. Lastly, there's the biggest change from Melee: Rage. The Rage mechanic makes Pichu much more dangerous than it ever was, with its specials amplified further thanks to Pichu's recoil.

But don't take my word for it. Let's look at a few pros that have seen the potential Pichu wields.

If you watched Genesis 6 over the weekend, you saw James "VoiD" Makekau-Tyson finish in 2nd place out of over 2,000 entrants. And he did it by using Pichu. So what's made Pichu so great for VoiD? VoiD shows off Pichu's fierce neutral game and its amazing combo potential. Success with Pichu is determined by his reliable combo game and his "more powerful than it looks" KO power.

Beyond taking Pichu into tournaments, VoiD has been in the lab with this character frequently. One matchup worth looking at is Pichu vs. big brother Pikachu. And there's no Pikachu better than Eric "ESAM" Lew. Here's VoiD faring exceptionally well against ESAM's Pikachu.

Gonzalo "ZeRo" Barrios has also seen the great potential in Pichu. He points out the advantage in Pichu's diminutive size. He also touts the character's strong aerial game and aggressive play style. Learn Pichu's down-tilt and neutral-air, which will become valuable tools for any aspiring Pichu player.

Lastly, let's look at the crew from VGBootCamp. They looked at Pichu just before Ultimate's release, pointing out his aerial moves and his increased kill power. However, they do make sure to point out the shorter range of its attacks, so be sure to get up close.