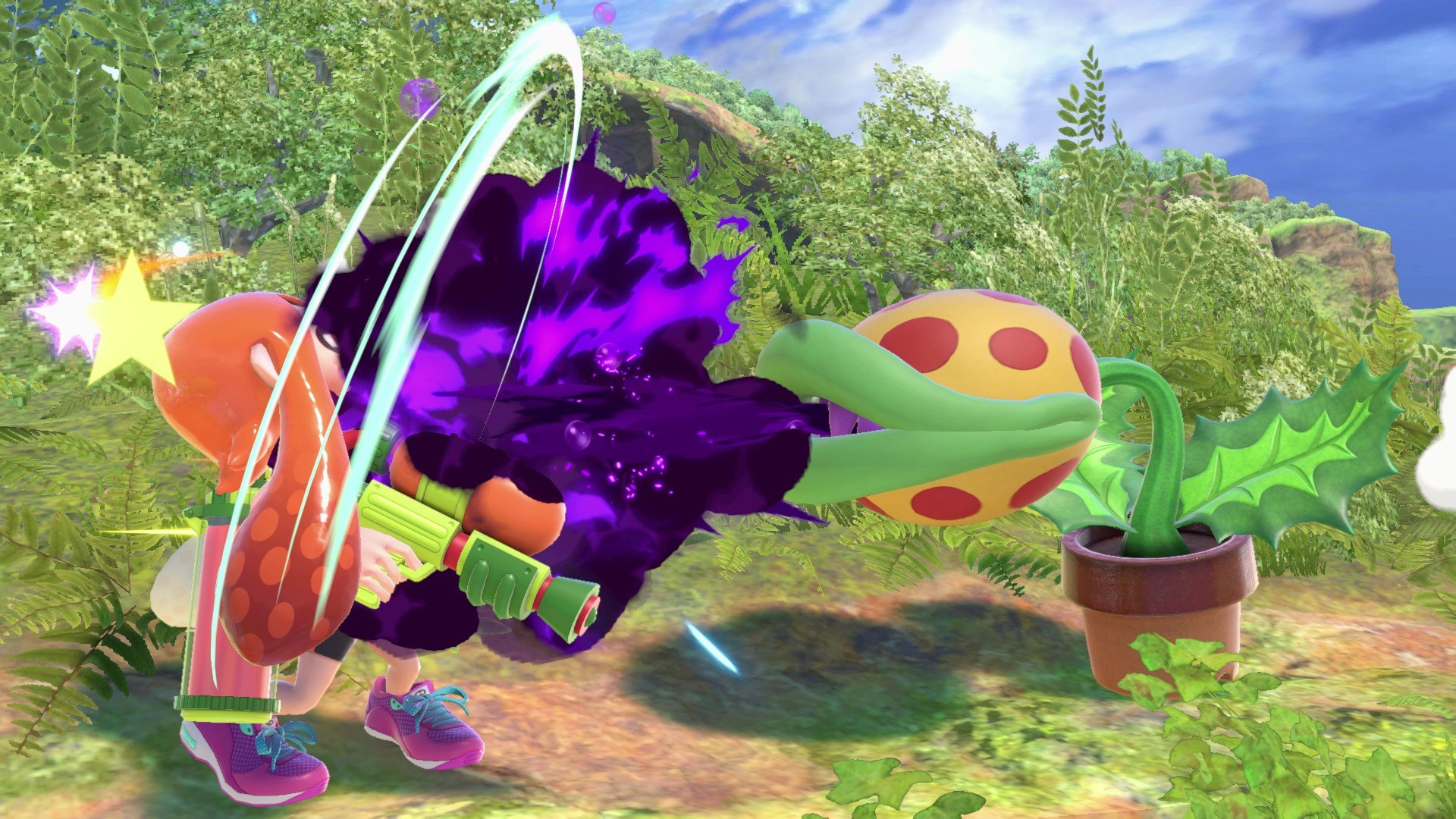 For 20 years, the Super Smash Bros. franchise has pit Nintendo's greatest mascots against one another on the field of battle. The series has since extended to the most recognizable third-party faces from across gaming. Super Smash Bros. Ultimate is the culmination of this great franchise, with everybody from the series returning for another battle, along with some new characters.

Let's take a side step from looking at Ultimate's core roster, because there's a new challenger approaching. Let's look at Ultimate's first DLC fighter, who released earlier this week.

Who is Piranha Plant?

Super Smash Bros. has had some strange fighters over the years, but few are weirder than the addition of what appears to be a run-of-the-mill Piranha Plant. Piranha Plants are among the more recognizable members of Bowser's army, hiding inside pipes and waiting for passersby to jump over before chomping at them. This is a more common variety of Piranha Plant, though there have been many variations of the Mario baddie, like… well… let's let Viridi explain.

Not quite sure why a Piranha Plant has decided to try and match wits with 70 other fighters, including its master, Bowser. But it's sure to be a formidable foe.

One would think just by looking at Piranha Plant that its movement might be hampered by the fact that its a potted plant. That hypothetical person would be correct. Piranha Plant has some unorthodox movement, hopping around on its potted base. That gives it some of the slowest walk speed in the game and adds a tweak to its dash speed, as it just hops around before reaching its opponent.

Piranha Plant's heavily-potted base makes it a heavyweight fighter, proficient with combos and air juggles. The fact that it's a Piranha Plant gives it a unique property that can fight back against footstooling. If the Plant crouches, it will automatically bite the opponent on an attempted footstool. It also uses some effective specials to make up for its lack of mobility options.

Piranha Plant has a nice rapid jab, further feeding into its combo-based game. Those looking for a good finisher have a few places to look. The Plant's forward-Smash does heavy damage, especially if it connects with its head. There's also its up-throw, which tosses opponents upwards and bites them to launch them skyward. The up-throw gets a lot of distance and can KO most high-damage opponents.

Lastly, practice the Plant's down-air. In addition to it doing moderate-to-heavy damage, it has meteor smash properties and can spike recovering opponents.

As of this feature's post, it'll be less than 24 hours since the Piranha Plant's release. That's not a lot of time for the Smash pros to weigh in, but we'll take a look at a few early analyses and some exhibition matches.

Smash commentator and series ambassador D'Ron "D1" Maingrette was among the first to waste no time with this character. Here he is analyzing the character in real-time, taking the Plant into Training Mode and checking out its moves and properties. D1 makes sure to change opponent settings around frequently, in order to look at the Plant's moves in all situations, making this a fairly comprehensive first look.

Jason "Mew2King" Zimmerman also took a first look at Piranha Plant. After a few hours of hands-on time, M2K offers up an early guide on what to do with the Plant, analyzing its moves, offering up frame date, and also piecing together some potential strategies.

Lastly, let's look at James "VoiD" Makekau-Tyson, as he takes a quick break from his standard characters to take Piranha Plant into Elite Smash. VoiD learns mostly on the fly here, educating himself on the Plant's moves as he goes along. Watch him put Ptooie's edge-guarding properties to work.

Those who own Super Smash Bros. Ultimate can still pick up Piranha Plant for free, but the window is rapidly closing. Owners only have until this Thursday, January 31 to register their copy of the game and claim their free download code.