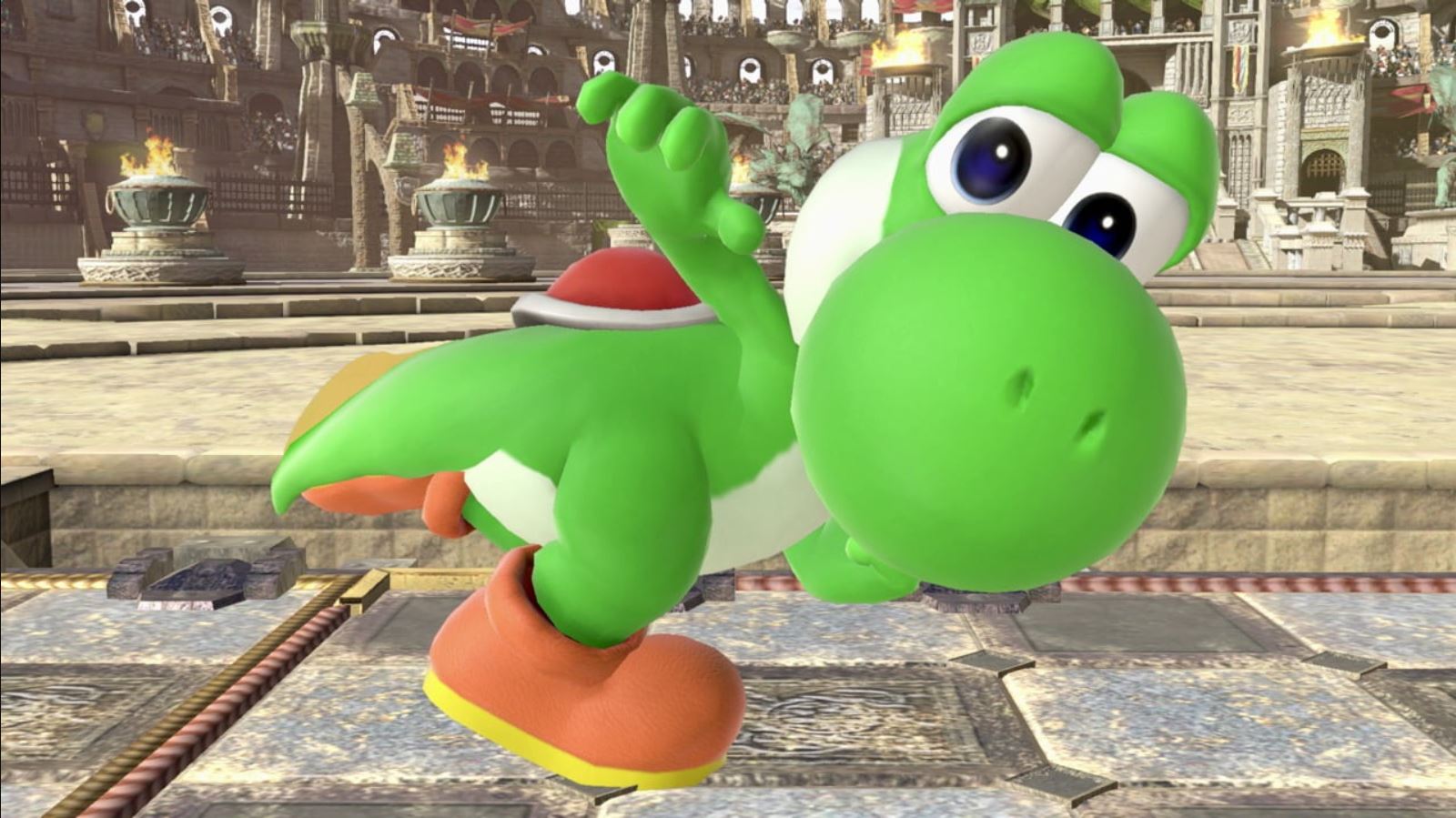 Today, we honor the official 20th anniversary of Super Smash Bros. by looking at the last of the core eight fighters from the original game.

Yoshi debuted as a part of Mario's supporting cast, appearing as his trusty dinosaur steed and an all-powerful eater of foes in Super Mario World. Yoshi's appetite is legendary, able to digest hundreds of Bowser's minions. To this day, he's remained a key member of the Mario universe, popping in a handful of the plumber's core games and various side games, like the Mario Kart and Mario Party games.

Yoshi has also broken out with his own gaming series over the years. Yoshi's Island is its own kind of special and Yoshi's own series has branched out and experimented with ideas like Yoshi's Woolly World and the upcoming Yoshi's Crafted World. Yoshi is a formidable fighter, which he's also proven throughout the Super Smash Bros. series.

Yoshi is one of the lightest characters in the game, but has a few qualities that stand out. He's the only character in the game to hide inside an egg, in lieu of the standard shield, which is a much more reliable defensive measure. He also doesn't have a standard recovery move, so he uses the double jump that he incorporates in the various Yoshi's Island games.

Yoshi is light as a feather and can use his aerial abilities to great effect. He's one of the fastest characters in the game and can hit opponents multiple times on his way down.

Yoshi started off fast, but now he's practically quick as a hiccup, with a much faster dash, run, and aerial speed. Players can use this as they wait for openings to strike. Fortunately, Yoshi also strikes quicker, with his standard three-hit combo and tilt attacks also unleashing faster. Yoshi's smash attacks also have a little more punch to them, with his up and down smash attacks able to reliably KO higher-percentage opponents.

Yoshi's specials are mostly improved, with his Egg Roll now able to deal noticeably greater damage. It's still not a reliable KO move, but Egg Roll is now better as softening up foes. Egg Throw will now bounce once on the ground before they shatter, making it an even better pressure move.

The VGBootCamp crew is back and they go over Yoshi's various moves. They also cite the character's significant improvements, like his jab, his aerial moves, and some of his improved specials. They also go into the ins-and-outs of the new-look Yoshi Bomb and how it may not work quite as well as it used to.

Various Smash pros like Gonzalo "ZeRo" Barrios and Jason "ANTi" Bates have weighed in on Yoshi on Twitter, noting that he's vastly underrated. For more details, we turn to Eric "ESAM" Lew. He's quite impressed by Yoshi, mostly because of his quick aerials and his new combo potential. ESAM talks about Yoshi's improved moves and where they fit into a player's everyday arsenal, as he explains what makes the character a sleeper choice.