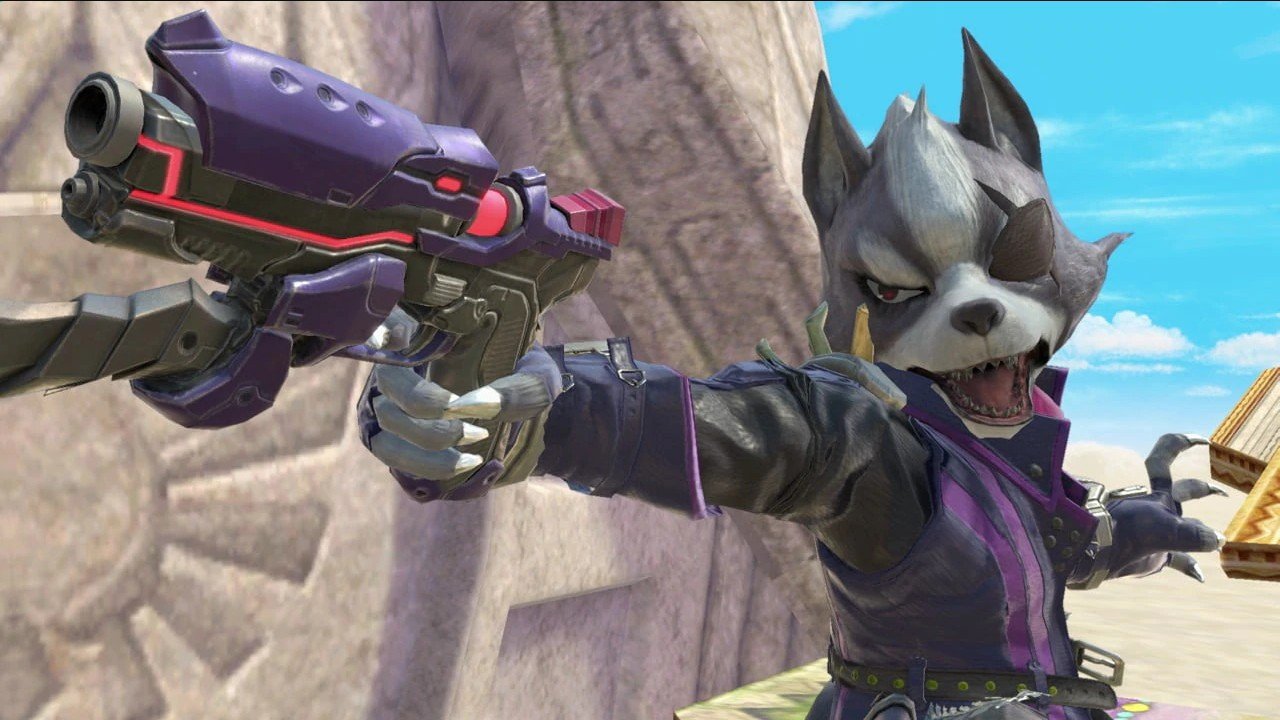 It's been 20 years since Super Smash Bros. first graced a Nintendo console. And it's only gotten better since. Super Smash Bros. Ultimate is the culmination of this great franchise, with everybody from the franchise returning for another battle, along with some new characters.

Today, we by looking at another returning character from Super Smash Bros. Brawl..

So let's get this out of the way.

Wolf O'Donnell is Fox McCloud's greatest rival. Wolf runs a competing group of mercenary pilots, one that's more cutthroat than Star Fox. Star Wolf's biggest job was working under Andross, as the mad scientist made his bid to take over the galaxy. Since then, Star Wolf has taken odd jobs here and there and even shifted its roster around, with Wolf citing that former Pigma Dengar was removed because of his lack of honor.

And yes, Star Wolf does have a code of honor. Wolf isn't a traditional villain and has worked with Fox in the past whenever the greater good has required it. But even as he fought alongside Fox in the Aparoid War, Wolf has made it clear that he's looking to be the one to take down Fox and his crew, once and for all.

Wolf controls differently than Fox and Falco, despite sharing some of the same special moves. Wolf utilizes a greater power game, which means his specials hit harder and are better capable of KO-ing his opponents. Even with the boost in power, Wolf is still a fairly nimble character himself, able to use aerial combos to set up his ground-based arsenal.

Wolf was a formidable fighter in Brawl, but he's back and better than ever. His tilts and his dash attack all deal greater damage, while his forward smash now works as a much better finisher than it did before. The mechanical changes to Ultimate also make Wolf a strong aerial fighter, with his neutral air and up airs dealing greater damage. Wolf's aerials as a whole also go off quicker in most cases.

Wolf's specials have been overhauled for the better. Blaster deals more damage, Wolf Flash can now be aimed and does much greater damage, and Fire Wolf deals a strong final hit. All of this adds up to a stronger Wolf than the one in Brawl and the Wolf in Brawl was already pretty strong to begin with.

As the competitive Ultimate meta sorts itself out, Wolf is becoming a more enticing option for competitive players. Here's Melee EVO champion William "Leffen" Hjelte explaining the pros and cons of Wolf. Leffen does cite that the biggest thing working against Wolf is his poor recovery.

Speaking of Melee players, here's Justin "Wizzrobe" Hallett, who has also gotten on board with Wolf. Here he not only goes over what makes Wolf a great character, he also offers up a handy tutorial on how to approach the character.

And hey, why not keep going with another Melee player. Here's Jason "Mew2King" Zimmerman going over Wolf and some of his key changes from Brawl, including a forward-tilt that gets much greater range than it did previously. M2K offers up his own guide for how to play Wolf, particularly in competitive circles.

Lastly, we turn to Gonzalo "ZeRo" Barrios, who shows what makes Wolf such a high-end character. Wolf's versatility has won the multi-time Smash 4 champion over, with his powerful specials, an improved back throw, and more effective finishers.

How to play Rocket League on a Chromebook
Login / Register