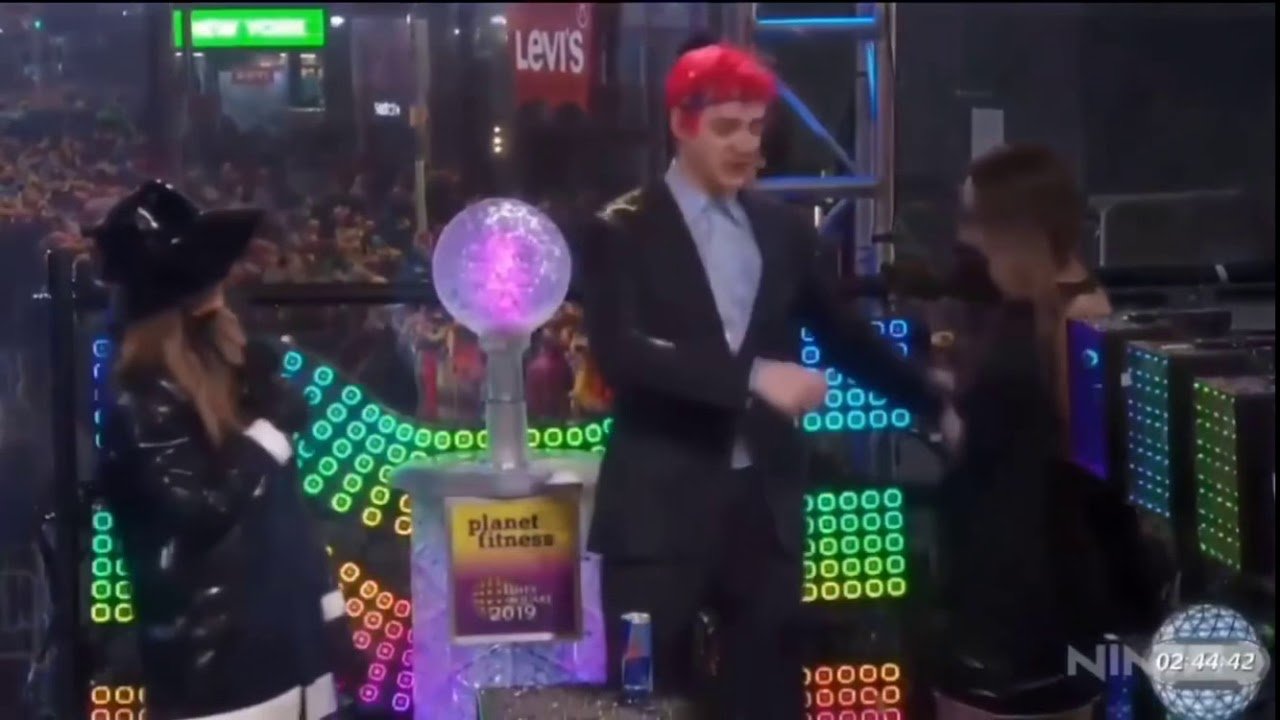 Streamer Tyler "Ninja" Blevins took a break from saying the N-word and other questionable activities during his special New Year's Eve countdown celebration to try and get the crowds dancing.

Yes, despite his totally flat personality and boring presence, Ninja was chosen as a New Year's Eve hype man by way of Red Bull, possibly a decision made by the same people who keep trotting Jenny McCarthy out year after year despite seeing how bad of a decision it is every time we wrap up another year of our lives.

Ninja broke out in a flossing frenzy when addressing the crowd at his event, who hadn't been very vocal or excited to begin with, and he thought he'd get the 1 million New Yorkers in on some dancing too.

"I wanna see some movement! I'm not seeing enough movement!" Ninja exclaimed while facing a nearly completely stationary crowd. "Oh my God," he laughed, clearly trying to play off the enormous fail that unfolded right in front of his eyes.

On the main stage of Times Sq, Ninja's goal of getting one million New Yorkers to do the floss dance comes just short by 999,995 pic.twitter.com/3Fgvui2MAB

True, the crowd was standing in the middle of the pouring rain beneath a video game streamer doing a dance he wasn't even particularly good at. Many of the people celebrating New Year's Eve probably weren't looking to hang out with a guy who's normally in his cozy house streaming a video game, either. Ninja tried to blame the rain too, though. We have a sneaking suspicion it wasn't the rain that kept New Yorkers from flossing.

Dont try to get 1 million New Yorkers to dance in the rain on new years. Trust me.

You may recognize "flossing" as one of Fortnite's popular in-game emotes, but it started out as a reference to the "Backpack Kid's" dance that grew in popularity after he performed his weird dance with Katy Perry during a performance. He's since sued Fortnite over royalties and using the dance without his permission, but that's a whole other story, made even more interesting since it wasn't even his dance to start with.

So, we've already said goodbye to 2018 – hopefully we'll be saying goodbye to flossing next.