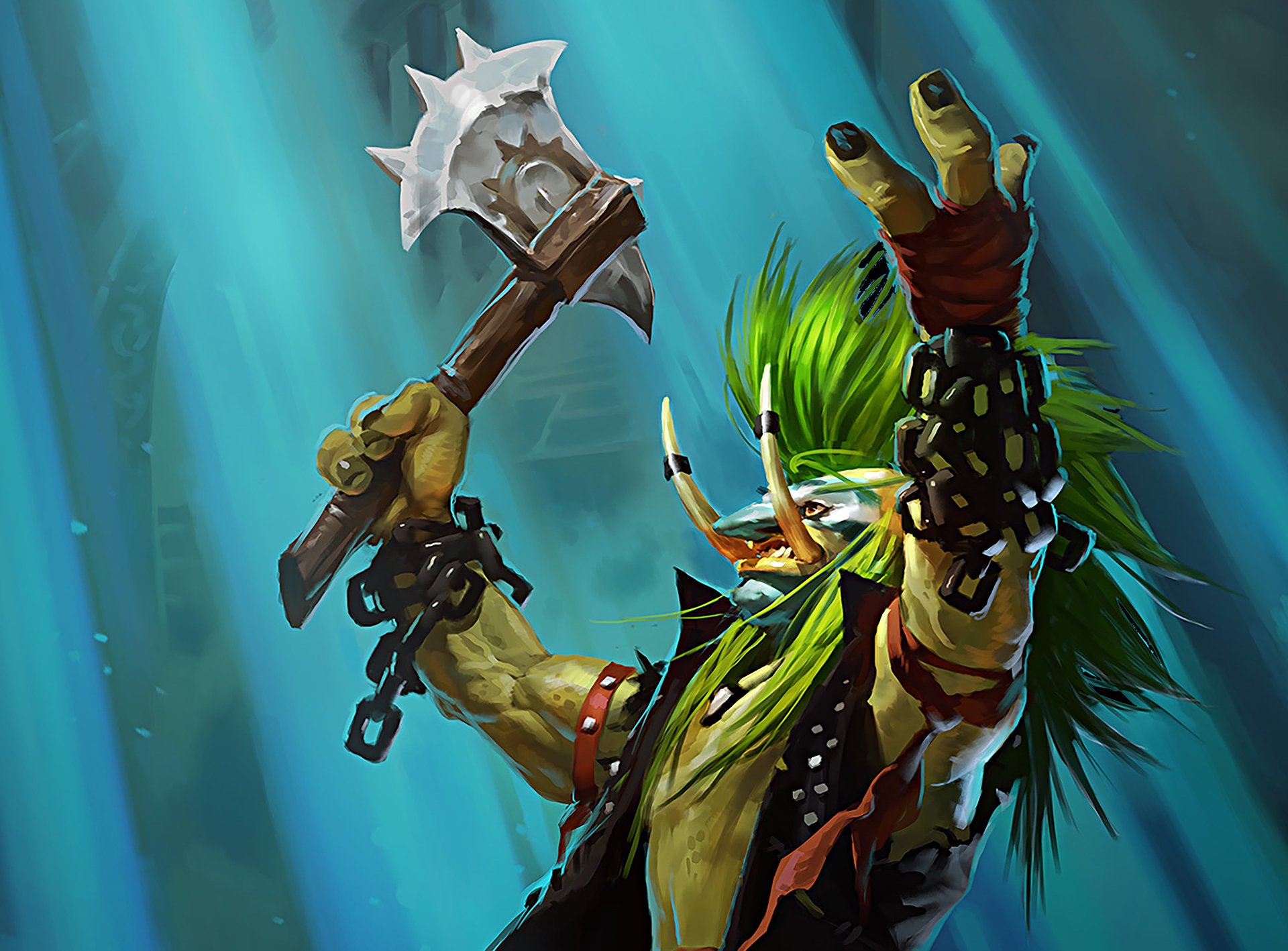 Shacknews has been working on our card breakdowns, as usual. However, we've been saving a special section for the aforementioned Loas, Spirits, and Champions, given their prominent role in the expansion's motif. For today, Shacknews moves on to the next set of gladiators by looking at the Warrior. But first, in case you need to catch up:

Card Analysis: War Master Voone almost makes the Dragon Warrior deck type a viable thing by himself. With the ability to copy multiple dragons, he's incredibly dangerous, even with his mediocre 4/3 stat line.

Rastakhan's Rumble has seen the introduction of two destructive dragons. There's the Warrior-exclusive Emberscale Drake and Crowd Roaster. But there are also numerous dragons that pack a powerful punch. There's Bone Drake, Primordial Drake, Twilight Drake, and a suddenly-viable Ebon Dragonsmith. And that's before even touching on the legendaries.

Assuming the Warrior can continue to armor up at a good pace, the Dragon Warrior is going to be a dangerous foe in the new meta. And War Master Voone will be that deck's centerpiece.

The Spirit - Spirit of the Rhino

(5) Spirit of the Rhino (0/3)
Type: Minion
Class: Warrior
Rarity: Rare
Stealth for 1 turn. Your Rush minions are Immune the turn they're summoned.

Card Analysis: There have been several interpretations of how Spirit of the Rhino works, but the idea here is that any Rush minions become immune. So looking at that language, once Dr. Boom, Mad Genius comes out, all Mechs become Rush minions. That means they become immune. And that's bad news for anyone playing against Dr. Boom control decks.

Hypothetically, even if the Immune benefit doesn't extend to Dr. Boom mechs, Spirit of the Rhino is still a powerful card, just because of how many Rush minions the Warrior has available. Rabid Worgen, Militia Commander, and Darius Crowley become much more dangerous with Spirit of the Rhino on the board. The 6/2 Swift Messenger can likewise trade right into a high-attack minion and walk away without a scratch.

There's also one more dangerous Rush minion in the Warrior's arsenal and that's the Warrior Loa.

The Loa - Akali, the Rhino

Card Analysis: This a much handier evolution of the old Don Han'Cho effect. This says that Akali, the Rhino can rush down a lower-end minion and draw a second Rush minion, with bloated stats. That means you could have yourself a 9/9 Darius Crowley or a 7/6 Zilliax. Even a 6/8 Vicious Scalehide is a decent draw.

With Akali becoming priority target number one as soon as it hits the board, it's likely that the Warrior player will only get one buffed Rush minion. But with that kind of buff, that minion will count for a lot.

This is an incredibly strong card and will find its way into a lot of control decks, with or without Dr. Boom. It also has some synergies with the new Oondasta legendary, which can summon Akali after its Overkill effect. Or it can go the other way, with Akali drawing and buffing up Oondasta into a 12/12 Rush Beast. Either way, it's going to hurt.

The Warrior's team all plays quite well together. War Master Voone means Warrior players can revolve their entire deck around dragons, with ways to generate multiple copies of dangerous dragons. On top of that, there are other minions that can activate potent effects with dragons in-hand, like Emberscale Drake and Smolderthorn Lancer in Standard and Blackwing Corruptor and Alexstrasza's Champion in Wild.

Meanwhile, the rest of the Warrior's deck can be rounded out by Rush minions, all of which become wildly useful with Spirit of the Rhino and Akali the Rhino. And with Spirit of the Rhino only costing a mere 1 mana, it means that both of these can potentially be played on the same turn. Imagine Oondasta attacking with immunity and summoning Akali with its Overkill effect, which is then also immune!

It's been noted that Dr. Boom's Mechs should also receive the immunity buff from Spirit of the Rhino, but just keep in mind that there isn't a lot of room in the deck for those Mechs. Any Mechs that pop up will come from the Dr. Boom Hero Power, but the Hero Power is such a wild card, it might be worth running a copy of Dr. Boom anyway.

There is a lot to like about the team spirit with the Rhinos and it's going to make the Warrior a fun class to play in the new meta.