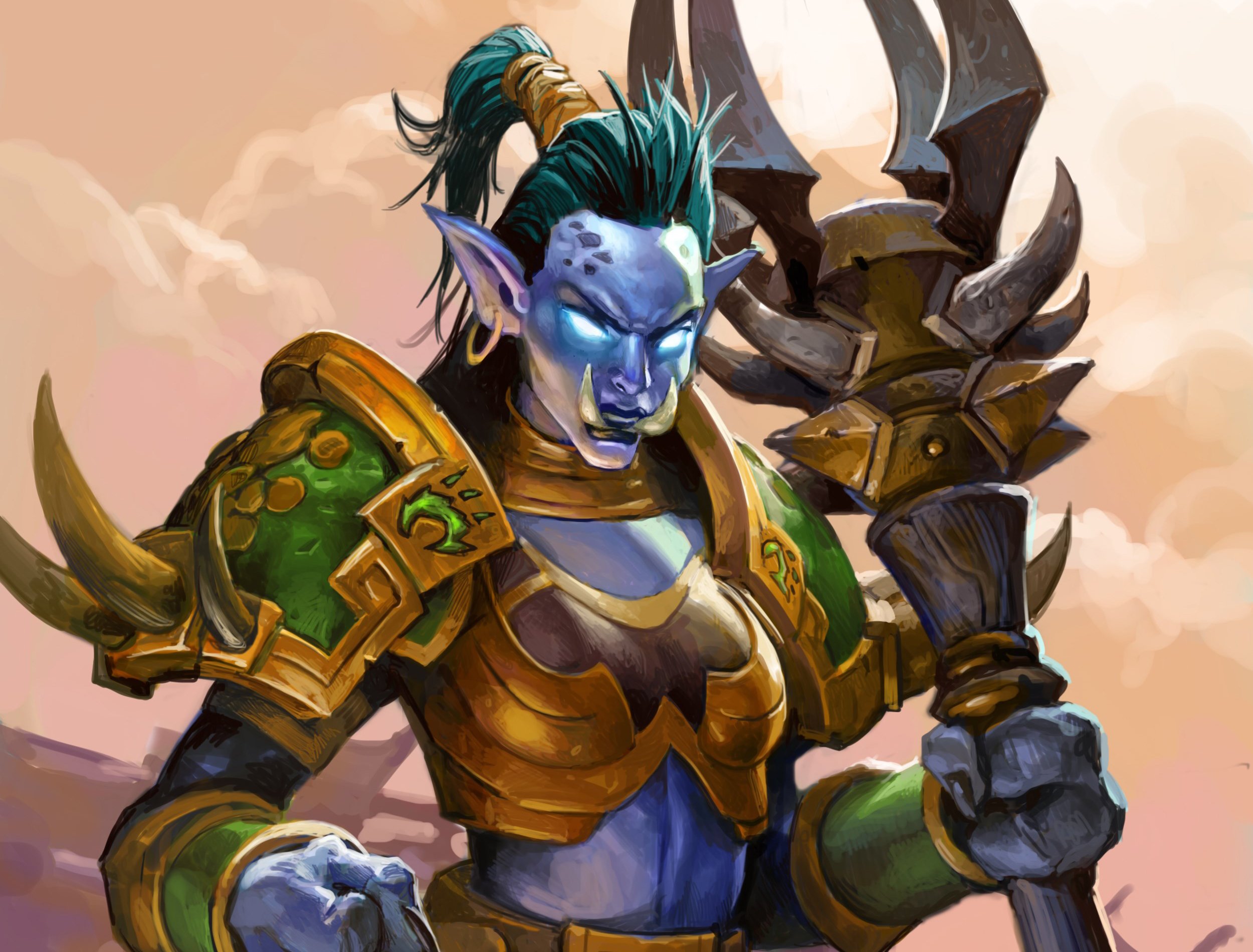 Shacknews has been working on our card breakdowns, as usual. However, we've been saving a special section for the aforementioned Loas, Spirits, and Champions, given their prominent role in the expansion's motif. For today, Shacknews moves on to the next set of gladiators by looking at the Druid. But first, in case you need to catch up:

Card Analysis: Wardruid Loti has a dinosaur form for just about any situation. Let's break them down individually and analyze them in terms of usefulness:

The main draw for Loti is that she's a utility choice that can serve different scenarios as they arise. With that said, it's a little tough to ignore that there are other individual minions that carry these exact same stats. For Arena players, having that utility is pretty nice. But if anyone's looking for anything game-breaking, they won't find it here. On paper, Loti's one of the weaker of the Rastakhan's Rumble champions.

The Spirit - Spirit of the Raptor

(5) Spirit of the Raptor (0/3)
Type: Minion
Class: Druid
Rarity: Rare
Stealth for 1 turn. After your hero attacks and kills a minion, draw a card.

Card Analysis: For Druid players looking to draw cards, there are many better early game solutions. However, for the late game, when card draw might get critical, Spirit of the Raptor will play a lot better with Malfurion the Pestilent and his +3 Attack Hero Power.

Like Loti, if anyone's looking for anything game-breaking, this is not the place to look. Spirit of the Raptor's purpose is pretty straightforward and will play nice with spells that boost the Hero's attack power. Of course, there aren't many of those spells that are worth packing, but Rastakhan's Rumble is at least making an attempt with new spells like the 0-Cost Pounce.

The Loa - Gonk, the Raptor

(7) Gonk, the Raptor (4/9)
Type: Minion - Beast
Class: Druid
Rarity: Legendary
After your hero attacks and kills a minion, it may attack again.

Card Analysis: Gonk is something that took me a little time to wrap my head around. I looked at it and thought, "Wait, the Druid hero is going to kill a minion and give this thing... Windfury? That doesn't sound that great."

But no! That's not how Gonk works. In fact, Gonk itself isn't the big danger here. (And with 4/9 stats, no one should expect it to be.)

No, see, I misread the card and its effect and didn't truly attain a grasp of how killer this thing could be until I saw a recent video from Hearthstone streamer (and aspiring Pokemon master) DisguisedToast.

This is when I realized that killing a minion doesn't allow Gonk to attack again, it allows the Druid hero to attack again. And that changes everything!

It means Malfurion the Pestilent can beef up its attack with spells like Pounce and Savage Roar and attack repeatedly, clearing the board and paving the way for the Druid's big bodies to attack. The new Stampeding Roar spell opens the door to get Gonk out there sooner, paving the way for multiple Hero attacks.

The idea is to armor the Druid up as much as possible, since trading into multiple minions will probably hurt after a while. Although Wild players have a nice workaround to this and it's called Violet Illusionist.

Gonk is going to be incredibly dangerous in the hands of a Druid. It's also going to be a nightmare if a Kingsbane Rogue somehow manages to swipe a copy, because at that point, it's Game Over.

(Update: Speaking of DisguisedToast, he confirmed in a new video that effects from Gonk copies actually stack. So you can create a copy of Gonk from Flobbidinous Floop and get multiple free strikes for your Druid hero after killing a minion. That's... oh dear.)

The Druid's Raptors is a little tough, in regards to coming up with synergies. The Loa, Spirit, and Champion all seem to fit into different deck types and don't seem to gel as a whole sum of its parts.

Once Gonk gets online, it's possible to throw down Spirit of the Raptor and for a Token Druid to utilize both of their strengths simultaneously. Savage Roar will ideally work best here, allowing the Druid Hero to potentially clear the board of any Taunt minions and clear the way for the Druid's minions to go face and potentially end the game.

Really, it's only Loti that seems to be the odd card out. At least in Standard, anyway. Loti is a beast (four Beasts, to be exact) in Wild when played alongside Fandral Staghelm and should be included in any of those Druid decks. With so many stat buffs, the opponent resources will be largely focused on trying to remove Loti and Fandral, which should theoretically leave Gonk alive to run amok.

Not For Resale documentary impressions: Into a new age

How to play Phasmophobia
Login / Register