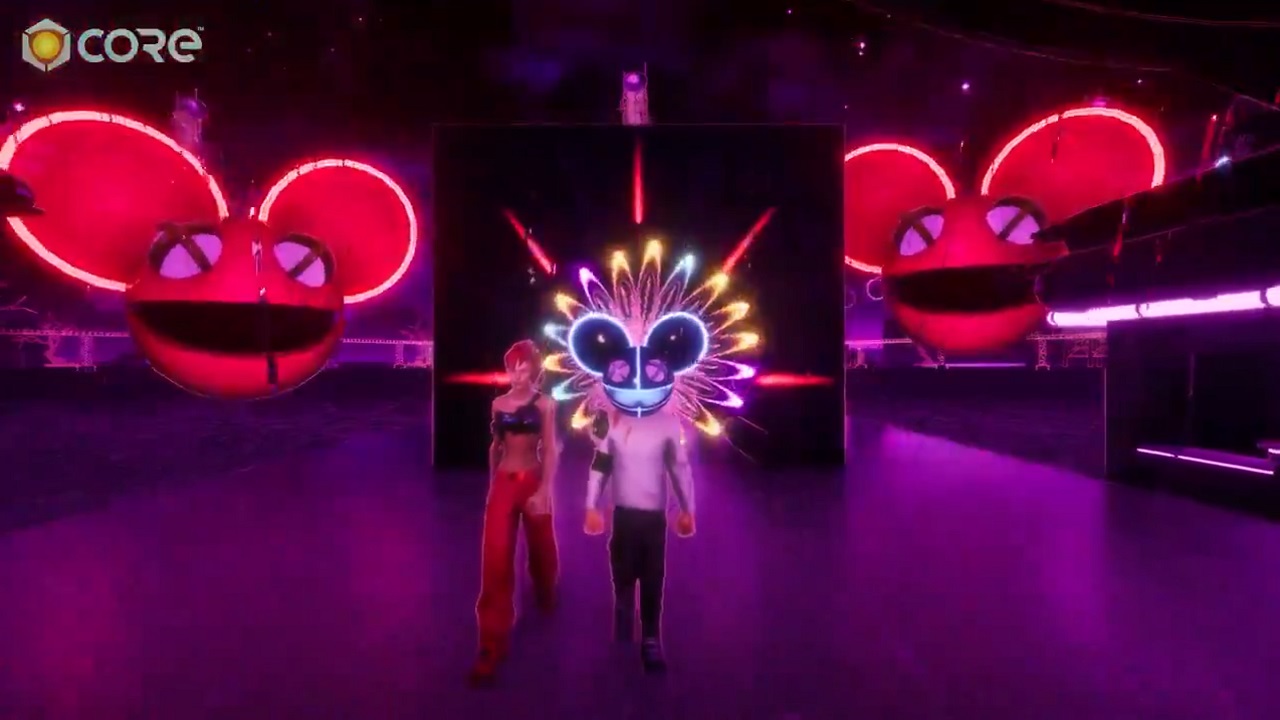 As COVID-19 has severely limited the ability of entertainers and content creators around the world to host and deliver shows and performances, the need for better musical and virtual experiences has grown. Meanwhile, through the last several years, an interactive app and video game toolkit and community known as Core has come to fruition. At Gamescom 2021, we learned musical artist Joel “deadmau5” Zimmerman is using Core to create Oberhasli, a new and versatile virtual social and music experience.

Core developer Manticore Games and deadmau5 revealed their collaboration of Oberhasli in Core during Gamescom 2021 Opening Night Live presentation on August 25, 2021. The goal was to create a persistent virtual world where creaters can assemble musical experiences and viewers can enjoy them more easily. You can see the full reveal just below.

During @Gamescom #OpeningNightLive, @deadmau5 announced that his persistent fan hub and concert space #0B3RHASL1 will open in Core in October!

🔗 Get Core for free at the Epic Games Store: https://t.co/76xI58isFZ
📺 See his announcement 👇 pic.twitter.com/seY7cXXSkn

There have been very interesting concert experiences in the past, such as that in Fortnite with Ariana Grande, Travis Scott, and even deadmau5 himself at one point. However, they sort of disperse after and there’s no way to really experience that again past the moment. Deadmau5 hopes to address this with Oberhasli, giving virtual social and musical experiences more persistent staying power.

“Creating a world like Oberhasli has been a vision of mine for years now, but I quickly discovered how daunting it can be to create a multiplayer experience as a solo developer,” said deadmau5. “The amazing thing about Core is that anyone can jump in and create content regardless of experience or resources. We’ve seen virtual concerts in the past, but after making a splash, they fizzle out; there’s no shelf life to them. With Oberhasli, I want to create a permanent mainstay for the artists’ metaverse, regularly updating it over time, switching things up and keeping it cohesive with real-world news and ancillary events.”

Indeed, this kind of thing is pretty much what Manticore Games built Core for. We’ve talked to Manticore in the past about how versatile the system is and how it encourages creators to craft and share their dream interactive project. Core is available to check out now on the Epic Games Store and deadmau5’s Oberhasli is set to launch in October. Stay tuned for more details and firm release date soon.