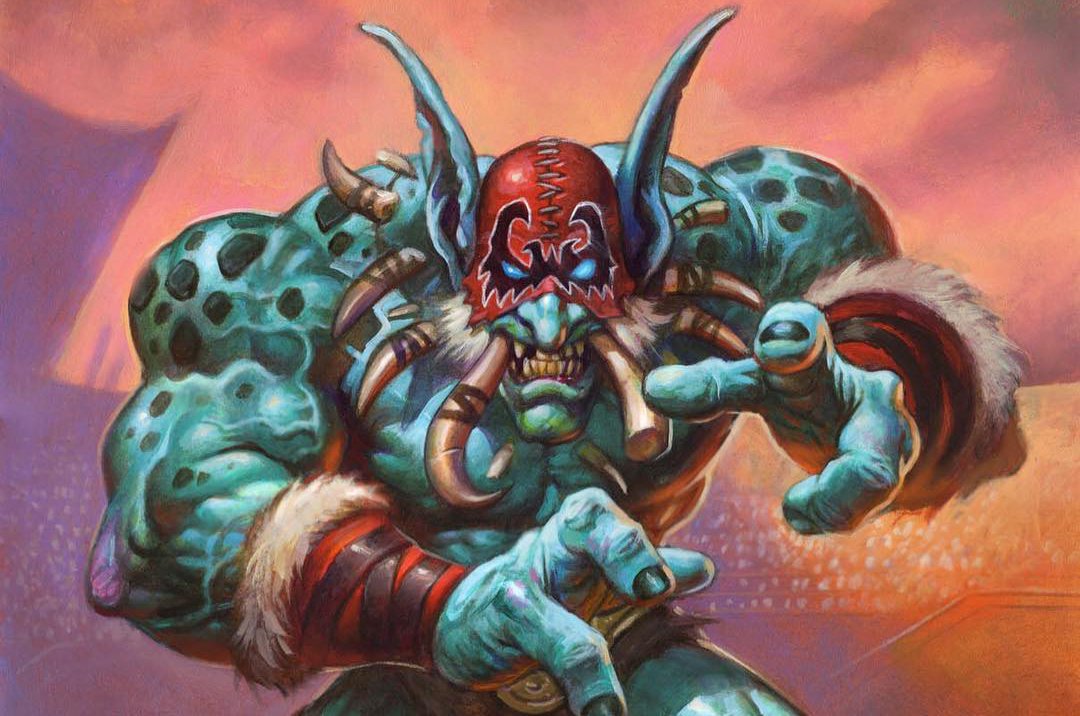 Analysis: When one thinks of Secrets, one immediately turns to Mage. And Mage players aren't going to get too much use out of this guy. For a 3-Cost minion, Kirin Tor Mage is a much better play. There's no arguing with the value that it provides by allowing for a free Secret from in-hand.

However, the Hunter player may want to give the Masked Contender a second look. On top of carrying a decent stat line, it's much easier to get Hunter Secrets on the field. And there are plenty of Hunter Secrets worth playing, making this play a lot easier.

Analysis: Walk the Plank is a new removal tool for the Rogue player, coming in at only slightly cheaper than Assassinate. The catch is that it can only destroy undamaged minions, which can sometimes be tougher than it looks. If the Rogue gets a little overzealous with a spell like Fan of Knives, then the spell will be ineffective.

Walk the Plank won't replace Vilespine Slayer. Not yet, anyway. Maybe it will once the Slayer rotates out of Standard and infests Wild early next year.

Speaking of Wild, one instance where Walk the Plank is almost guaranteed to be effective is with Dirty Rat. Unless the minion it pulls out can't be affected by spells, then it's a surefire removal. It wouldn't hurt to have this card handy alongside a few Vilespine Slayers to help the Rogue keep the board under control.

Analysis: Soup Vendor can find a good home in a Healadin deck, which is about to see more prominence, thanks to the Paladin's new troll champion. Soup Vendor will play particularly well with Benevolent Djinn and Chillblade Champion, both of which can heal for 3 right away. Soup Vendor can also draw a fourth card when combining it with Lay on Hands.

Soup Vendor is just cheap enough that it might find a place in constructed decks and could be a solid Turn 2 play.

The trouble here is that 2/7 shouldn't be too hard to deal with, making Rabble Bouncer the briefest of stalling tactics. At worst, it's an expensive minion with bad stats. Trade this in for Saronite Chain Gang instead.

Analysis: This new Mage spell has the potential to be wildly broken. The idea here is that it adds a random Mage spell for each minion that it Overkills. This is much easier than it looks.

Combine this new card with Bloodmage Thalnos to have it deal 3 damage to all minions. In most cases, that will pick up multiple Mage spells, refilling the Mage's hand and possibly offering up even more board clear spells. Given the high reward possibilities with Blast Wave, it'll likely prove to be a better play than Dragon's Fury in the long run.

Analysis: A 2/3 opening play is never anything to sneeze at. Saronite Taskmaster will likely find its way into a lot of constructed and Arena decks and has a chance to prove highly effective.

As is the case with most effects like this, it's a double-edged sword. The Free Agent can disrupt Resurrect Priests by giving them an undesirable body to bring back. It can also give a useless 0-attack minion to opposing zoo decks. There's also a chance that it can add a valuable fourth body to the opposing side to help trigger Mind Control Tech.

Just be careful that this doesn't backfire. The Free Agent can start off as a harmless 0/3 minion, but be careful that the opposing player doesn't have a Fungalmancer at the ready to make it something more dangerous. Beware of Rogue players who are packing Cold Blood.

Analysis: Predatory Instincts can pay high dividends, depending on the Beast that it draws. The best bet here is Witchwood Grizzly, which goes all the way up to a base 3/24.

Outside of that, this spell has limited uses. It's probably better to use Oaken Summons instead, just because of its armor bonus.

Analysis: Haunting Visions will fit perfectly well into the pesky Shudderwock Shaman deck. As the Shaman player continues to draw towards their Shudderwock, they can essentially discover a new spell that fits their current situation.

The most common scenario will see the Shaman play this and then roll the dice with a free Far Sight. This will help the Shaman roll through their deck faster, while picking up something like a Volcano to keep the opponent's board under control.

Wild players will have a lot of strong options, able to deploy a free Healing Rain/Healing Wave, while adding new burst spells for the finishing blow.

Analysis: This is one of the few Murlocs to come along this Standard year and it isn't a particularly good one. The idea of drawing two Murlocs is great... if it's a Battlecry. Unfortunately, this is a Deathrattle, so those Murlocs don't come right away.

In order to get those two Murlocs, it means wasting a Turn 4 play on a 3/2 minion. It doesn't quite work so much in practice, putting this on the weaker end of the Murloc spectrum.

Analysis: This is the weapon version of Animated Berserker and is just as likely to see play. This effect only works with a handful of minions, like Eternium Rover, Frothing Berserker, Grommash Hellscream, and, of course, Rotface.

But if the Warrior player wants to damage its own minions, there are much better options out there, like Whirlwind and Warpath. Anyone who really wants a 1 damage effect should probably look to Blood Razor instead.

Analysis: Well, there was bound to be a meme card at some point. And they don't come much meme-ier than this guy.

Griftah has players discover two different cards. The catch is, they'll only keep one of them and give the other to their opponent. If they got to pick which card went where, this would be fine. The problem is, it's all randomized. So even if you pick a major dud with hopes of it going to the opponent, there's a 50/50 chance it ends up in your hand.

With the "random" qualifier, it becomes highly unlikely that this sees any kind of serious play. Even with a solid 4/5 statline, the potential for backfiring is too high.

But hey, this is going to eventually become the star of its own Tavern Brawl, so that should be fun.

That's all for now. Be on the lookout for more card breakdowns, as well as our individual focuses on the class Loas, Spirits, and Champions.

For tomorrow, we're going to go a little bit out-of-order, because Blizzard is set to go live with the remainder of the expansion's card reveals on Twitch. We'll have the full breakdowns there and catch up with the rest of the cards as the week goes forward.

Hearthstone: Rastakhan's Rumble is set to release on December 4.