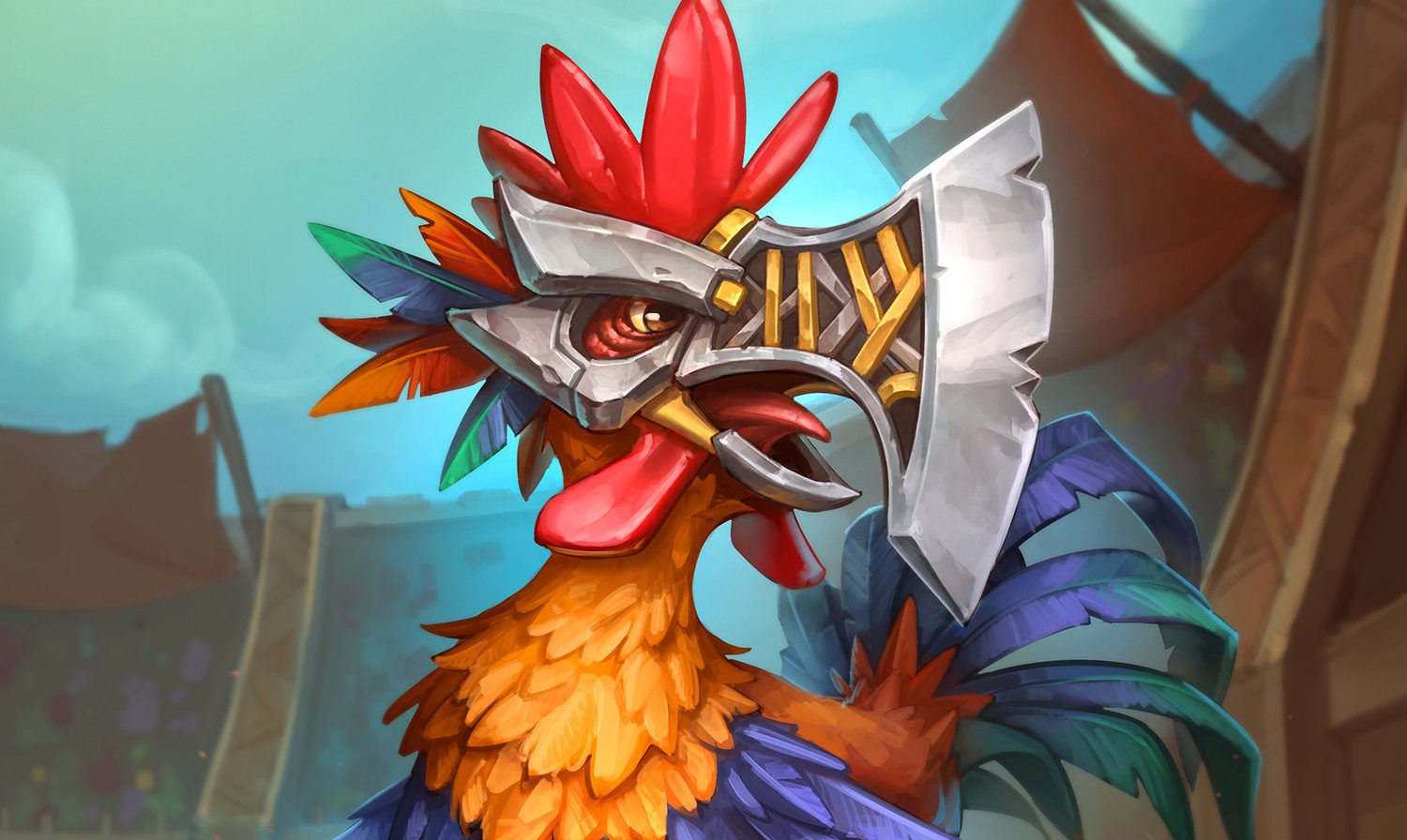 (3) Time Out!
Type: Spell
Class: Paladin
Rarity: Common
Your hero is Immune until your next turn.
Source: Rastakhan's Rumble: Ticket to Greatness

Analysis: Say hello to the Paladin's own version of Ice Block. Of course, this doesn't quite work the same way. It's not a Secret, but rather just a normal spell that activates on a Paladin's offensive turn and stays active through the opponent's turn.

At best, this will buy the Paladin time to either set up a big-time Exodia combo or get them out of a sticky situation. The jury's out on this one for right now. So let's wait and see if the Paladin gets any kind of killer one-turn kills this expansion.

Analysis: The Hearthstone team seems to be attached to this idea of a ticket dealer that doles out two cards. So say hello to the evolution of Fight Promoter. It's hard to imagine this will see a lot of play in constructed decks, unless Pirates make a big comeback. It's starting to look that way, but it's too early to say. If we get a card that grants Pirates Rush or something similar, this could see some action.

Clever Arena players might find some place for this card. If they can take advantage of its effect, it'll provide a valuable service.

Analysis: On paper, this would seem like a solid addition to any Control Warrior deck. That's not the case, though. With a cost of 6, this is off the table for Odd Warrior decks, which is how Control Warriors have racked up their bonkers Armor totals.

So then that leaves the question: Can this potentially fit in an Even Warrior deck? Well, it takes Dr. Boom, Mad Genius off the table, but let's think of the cards that can constitute an Even Warrior on top of this. Geosculptor Yip, Armorsmith, Drywhisker Armorer, Bring It On!, and Unidentified Shield can rack up Armor totals quickly. Meanwhile, Dead Man's Hand can make this deck virtually Fatigue-proof.

Don't be afraid to experiment with the Even Warrior and use Heavy Metal! to bring out a potential Deathwing or Tyrantus as early as Turn 6 or 7.

Analysis: This is the first of what's sure to be several cards aimed at helping curb the zoo outbreak of the last few expansions. Belligerent Gnome isn't going to scare anyone with its stats. Even if it does get maxed out to 2/4, that would mean the opponent has two minions at the ready to dispatch it.

It's a middling Arena selection, but outside of that, there doesn't seem to be a lot of good use for the Gnome. No tribal affiliations and no other bonuses would put this at the bottom tier of this expansion, unless there's some serious synergy play that pops up down the road.

Analysis: The Druid hasn't had too many Beasts to draw from in the latest Standard, but here's a fun one that could potentially make some noise. Ironhide Direhorn's success ultimately depends on its ability to stay on the board for a turn, otherwise the Druid player will start to run wild with 5/5 dinosaurs. Fortunately for opponents, it doesn't have Rush, so there's plenty of opportunity to deal with it.

While constructed decks will often be ready to deal with a threat like this, Ironhide Direhorn could thrive in Arena play. The late game will see resources wear thin on both sides, making it more likely that this minion will get to take its turn and potentially start filling the board. It's a solid Arena choice for the Druid, especially when played alongside high-end Arena minions like Deathspeaker.

Analysis: Rush and Overkill is an exceptionally powerful combination, one that borders on broken. That's why they're really only combined on this single Legendary. Hunter players will love Oondasta, because on its face, it looks like a much more effective Kathrena Winterwisp, in the sense that Oondasta can clear off a Taunt and get that valuable Beast on the board. But with Kathrena acting as a Recruit minion, Oondasta actually acts as a safety net in the event that the Hunter's valuable Beast is already in-hand.

There are a lot of high-end Beasts that can do some heavy damage if Oondasta gets them on the board, like Charged Devilsaur and King Krush. This Legendary makes the Recruit Hunter much more efficient and more dangerous.

Analysis: It's the Angriest Chicken!

Obviously, this won't see play in any serious deck. But don't be surprised to see it pop out of a Deathstalker Rexxar.

Analysis: This is an eye-opener of a spell for the Paladin player. Assuming they don't low-roll into a minion that already has a combination of these stats (looking at you, Sunwalker), then this will be a boon to any deck. Odd Paladin players, in particular, may find some use for this as a way to get some high-value plays on the board.

This gets a little trickier in Wild, because the possibilities for low rolls is much higher. And boy, are there low rolls for 6-Cost minions. Your head will meet your desk if you somehow end up with Big-Time Racketeer, Corrupted Seer, and Possessed Lackey. But the potential for success in either format is high with minions like Bone Drake, Frozen Crusher, and even Damaged Stegotron out there.

Analysis: Waterboy essentially offsets the Hero Power cost with its own 2-Mana price, so the question is really how bad you want a 2/1 minion in the early game. It doesn't quite work in any Standard deck.

Wild offers some room for trickey if Waterboy can somehow get discounted by Emperor Thaurissan, especially in a Paladin deck that revolves around the Uther of the Ebon Blade Exodia combo. Otherwise, I wouldn't expect Waterboy to get off the bench.

Analysis: Now here's a Hero Power minion that has potential to do some big damage. This is a must-add for any deck that's using the Mage's new Spirit of the Dragonhawk, which will target adjacent minions. In the early game, that combo's good for control. In the late game after Frost Lich Jaina comes out, it's just gross. This would be the easiest way to bring out three Water Elementals simultaneously. It's also the fastest way to meet the conditions for the Jan'alai, the Dragonhawk Battlecry, which will bring Ragnaros the Firelord onto the board.

At the cost of just 1 mana, don't sleep on Daring Fire-Eater also finding its way into some Odd Mage decks, which would up that Hero Power damage to 4. It won't see a lot of play, but I could see intrepid deck builders trying to experiment with this idea.

That's all for now. Be on the lookout for more card breakdowns, as well as our individual focuses on the class Loas, Spirits, and Champions. Hearthstone: Rastakhan's Rumble is set to release on December 4.