The Albuquerque Journal has reported that Gavin Free and Meg Turney were victims of a home invasion in Austin, TX by a crazed fanatic. Turney and Free awoke to the sounds of breaking glass and a gunshot. They quickly hid in a closet and called 911 while Chistopher Giles searched their home brandishing a .45 caliber handgun according to a search warrant affidavit, around 3:40 a.m. on January 26.

Christopher Giles drove eleven hours from Albuquerque, according to documents filed in the 2nd Judicial District Court. A superfan of Meg Turney with a dislike of her boyfriend, former Creative Director of Rooster Teeth, Gavin Free. “A search of Giles’ cellular phone identified various notations identifying Megan Turney and Gavin Free by name,” a detective wrote in the documents. “Furthermore, threatening thoughts were recorded by Giles and directed toward Gavin Free, i.e., ‘I want Gavin Free to die alone, with no children.’ ” 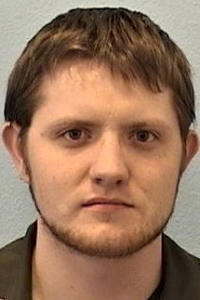 When he couldn’t find the couple, Giles left their house encountering Austin Police Department officers. The police officers found Giles backing his Lincoln sedan with New Mexico plates out of the driveway and ordered him to stop. Instead, they heard a single gunshot coming from the car. An officer returned fire.

Christopher Giles was pronounced dead on the scene. Meg Turney and Gavine Free were physically unharmed.

Hey everyone. I just wanted to say thanks for all the support and concern regarding the recent incident. It’s been a rough time for Meg and myself the last few weeks but we are doing ok. I want to give a huge thanks to @Austin_Police for the amazing response time.  you all.

Thank y’all so, so much for each and every kind message today and a special thank you to the @Austin_Police for their quick response that night and their ongoing support during this difficult time. Heart you guys so much.

Both Austin and Albuquerque Police Departments report a frightening amount of evidence that Giles planned to do harm to Free and Turney.

One detective said it was apparent that Giles had “developed a fondness of Turney yet resented Free for his lifestyle and success.” Albuquerque Police Department detectives who executed a search warrant on Christopher Giles home in Albuquerque said he lived alone and was “an avid player of video games and was known for watching YouTube videos that were centered on his hobby.”

Detectives took a laptop, two tablets, two cellphones and an Xbox console from his home.

Shacknews sends our love to both Meg and Gavin. This must have been a terrifying experience, and we are just happy that they were not physically harmed. This news is a firm reminder of how serious problems in the gaming and YouTube communities like bomb threats at eSports events, swatting, harassment, and stalking can lead to fatal consequences. It's too late for Christopher Giles, but we can only hope that his story will prevent another sad and scary event like this from occuring.