The world of mobile gaming is ever-evolving, and with those changes comes a demand for new devices that are able to handle the updates that are rolling out. Apple more-or-less created the demand for smartphones when it introduced the first iPhone in 2007, and Amazon decided to up the ante in function and design with the release of the Fire Phone last July. But how well can this device stand up to one of the longest running contenders of the smartphone universe? 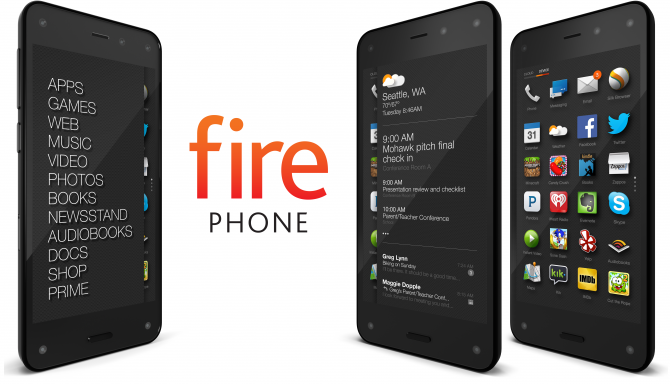 Another factor to take into account when looking for the perfect mobile gaming hotspot, is the actual weight of the device. The fire phone weighs in at 5.64 ounces (or about 160 grams). The iPhone 6 is about 4.55 ounces (129 grams), and the 6 Plus weighs the most at 6.07 ounces (or 172 grams). It's sometimes easy to forget that weight matters, but the last thing you want is to be knee-deep in slaughtering enemies and end up with your arms ready to fall off.

The Winner: iPhone 6 Plus -The iPhone 6 and Fire Phone fall short of the massive screen size and powerful 1080P resolution offered by the iPhone 6 Plus. 720P, and slightly higher just isn’t enough when you’re looking for the crispest mobile gaming experience out there, but there is a drawback, as the iPhone 6 Plus does weigh in at a hefty 6.07 ounces. This means you'll have the best gaming graphics, but you might need to take more frequent breaks to keep your arms from tiring out. 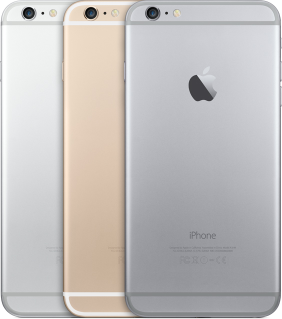 It’s no secret that the internals of a phone can make or break it when it comes to multitasking and gaming performance. So what do each of these devices hold? And which one is going to provide the smoothest experience?

Sadly, the Amazon Fire Phone sports last year’s tech, boasting a 2.2GHz Quad Core Snapdragon 800 CPU, with an Adreno 330 GPU, and 2GB of Ram. While it isn’t a huge step behind the new tech coming out, it is worth mentioning that Qualcomm already features faster and better processors in flagship smartphones, like the Samsung Galaxy Note 4. This isn’t a deal-breaker, but compared to the new A8 processing unit dropping in the iPhone 6 and 6 Plus, it could very well be the final strike down. We don’t have any solid stats on the A8 yet, but we do know it is said to be 25 percent faster, and 50 percent more efficient than the previous A7 released in Apple devices last year. For the purpose of this argument it should be noted that the A7 was a dual core processor, running at 1.29GHz. It has also been stated that the A8 is also a dual core CPU.

The Winner: Fire Phone - It’s really hard to decide without getting hands on, but if we had to choose just from stats, the clear winner here is the Amazon Fire Phone. Not only is the processor faster (despite being last year’s tech), it also features a dedicated graphics system, meaning that less strain will be pressed onto the CPU. But don’t completely rule out the iPhone just yet, we’ll be sure to keep you update once we have proper stats and benchmarking.

Of course without proper applications to make use of all the goodness packed into a smartphone... well what would be the point?

The Amazon Fire Phone comes loaded with a suite of built in tools, like email and other Android apps. But what does it have to offer when it comes to gaming? Other than having their own app store which features free apps of the day, Amazon has also gone out of its way to hire a development team to build games and applications from the ground up, specialized just for the Fire Phone. Apple took a different route, instead deferring their application and game making needs to a long list of third party developers, including large publishers such as EA. Sadly there isn't a laundry list of titles that actually support Dynamic Perspective, but we know for sure that Saber's Edge and Lili and Snow Spin are two of those titles.

The Winner: TIE - Even with the differences in application and game development, iPhones still feature a much larger application gallery than is currently available on the Fire Phone, making this choice a bit tougher than the others we’ve made so far. If you’re looking to get your hands on quality built applications, then we suggest checking out the Fire Phone. Amazon has always been pretty good with their services, and the fact that they have a dedicated team who specializes in their device will make a difference in the applications and games we see dropping for the Fire Phone as it develops. But if you need applications and games now, we suggest picking up one of the new iPhones as the market has a ton more to offer going into the holiday season. 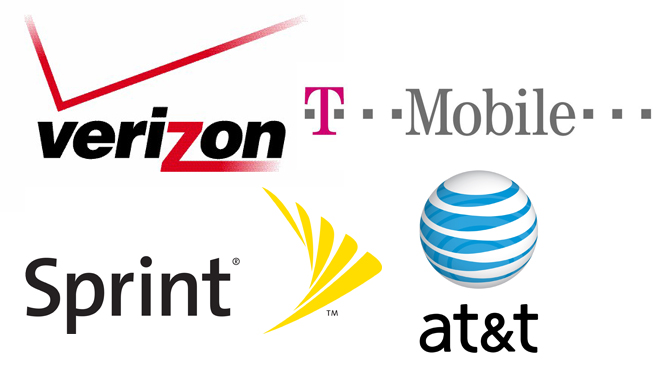 It’s a well-known fact that iPhones aren't exactly cheap. Apple is proud of its device lineup, and Cupertino is famous for its high quality but pricey hardware. But is the Fire Phone similarly worth the asking price?

The Fire Phone starts at just $0.99 right now (normally priced at $199), with a two year contract. The price is incredible, even if you're not necessarily going to use it primarily for gaming, but there is one catch. The Fire Phone can only be used on AT&T cellular service plans, which means you aren’t going to want to pick it up if AT&T doesn’t offer good coverage in your area.

The iPhone isn’t quite so limited, offering availability on every major carrier out there, from AT&T to Verizon. If you’re looking to pick up one of these bad boys though, you should expect to pay a pretty penny for it. With a 2 year contract the iPhone 6 starts out at just $199 for the 16GB version, spiraling upwards to $299 for a 64GB variation, and ending with $399 for the 128GB edition. The iPhone 6 Plus sports the same options for memory, at just $100 more for each option, making it $299, $399, and $499 respectively.

The Winner: TIE – If you’re looking for cheap then the best way to go is the Amazon Fire Phone, but be sure to check whether your area is covered by AT&T service as you will be limited to their network. If money isn’t a big issue, and you need to grab service with another major carrier, then we suggest picking up one of the new iPhones once they release.

*Prices are pulled straight from the Amazon and Apple Websites to provide the clearest information possible.

But what about the gimmicks?

The iPhone 6 Plus has a nice, large display, but that doesn't mean that the Fire Phone doesn't have tricks of its own. We have to mention this one big feature that may sway you toward one phone or the other. Do you like 3D stuff? If you said yes, then it might be worth looking into the Amazon Fire Phone, as it features 4 low-power cameras built into the front, which track where you are looking at the phone from. Icons, games and applications shift accordingly, in a defining feature dubbed “Dynamic Perspective.” This isn’t something that will be for everyone, and it’s too early into the phone’s life cycle to tell if it’s more of a hindrance or a help, but there's is a ton of potential for a phone that works almost like a hologram emitter.

Overall there are a lot of ties and tie breakers between these three devices. If we had to choose any single device though, we'd have to go with the iPhone 6 Plus as our mobile gaming go to. With a larger screen, a higher resolution, and the option of multiple different carriers, we just can't settle for anything less. It may be heavier, and the processor may not look as fast as the Fire Phone on paper, but those things are trivial when it comes to the quality and control we'll have on the iPhone 6 Plus.

Shack Chat: What character should be DLC in Super Monkey Ball Banana Mania?