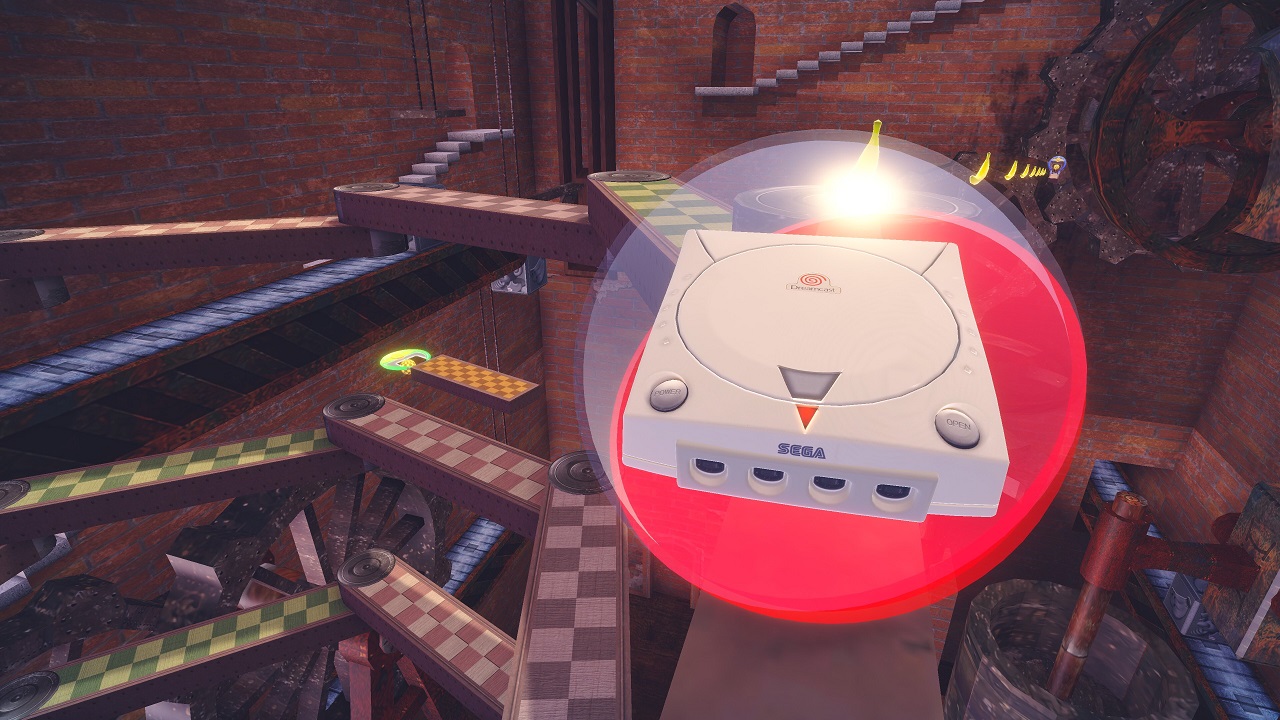 Super Monkey Ball Banana Mania is set to be an all-star collection of Sega history as characters from both the Monkey Ball series and Sega’s pantheon as a whole come together in a refreshed and polished collection of games. Some picks for inclusion have been a little weird, but the latest reveal may be one of the oddest yet. In honor of the Dreamcast’s US release date on September 9, 1999, Sega has announced Dreamcast, Saturn, and Game Gear consoles… as playable DLC characters in the game.

That is not a mistake. Sega revealed the Dreamcast, Saturn, and Game Gear playable “characters” for Super Monkey Ball Banana Mania on the game’s Twitter on September 9, 2021. Revealed as part of a post-launch DLC pack that will be coming to the game, the Dreamcast, Saturn, and Game Gear consoles will be playable characters in Super Monkey Ball Banana Mania. You can get the Dreamcast thinking as you figure out how to clear each board in the most optimal style possible.

The Dreamcast launched in the US on 9.9.99! Now, 22 years later, the Dreamcast, Saturn, and Game Gear are rolling into the world of Super Monkey Ball Banana Mania! 🕹️#SuperMonkeyBall #BananaMania #Dreamcast #SEGASaturn #GameGear pic.twitter.com/1CKNUHPdjk

With Super Monkey Ball Banana Mania coming in October and new reveals coming constantly ahead of the game’s launch, we don’t know what to expect with the console character pack having been revealed. Stay tuned for more news and updates as they become available leading up to the release date.