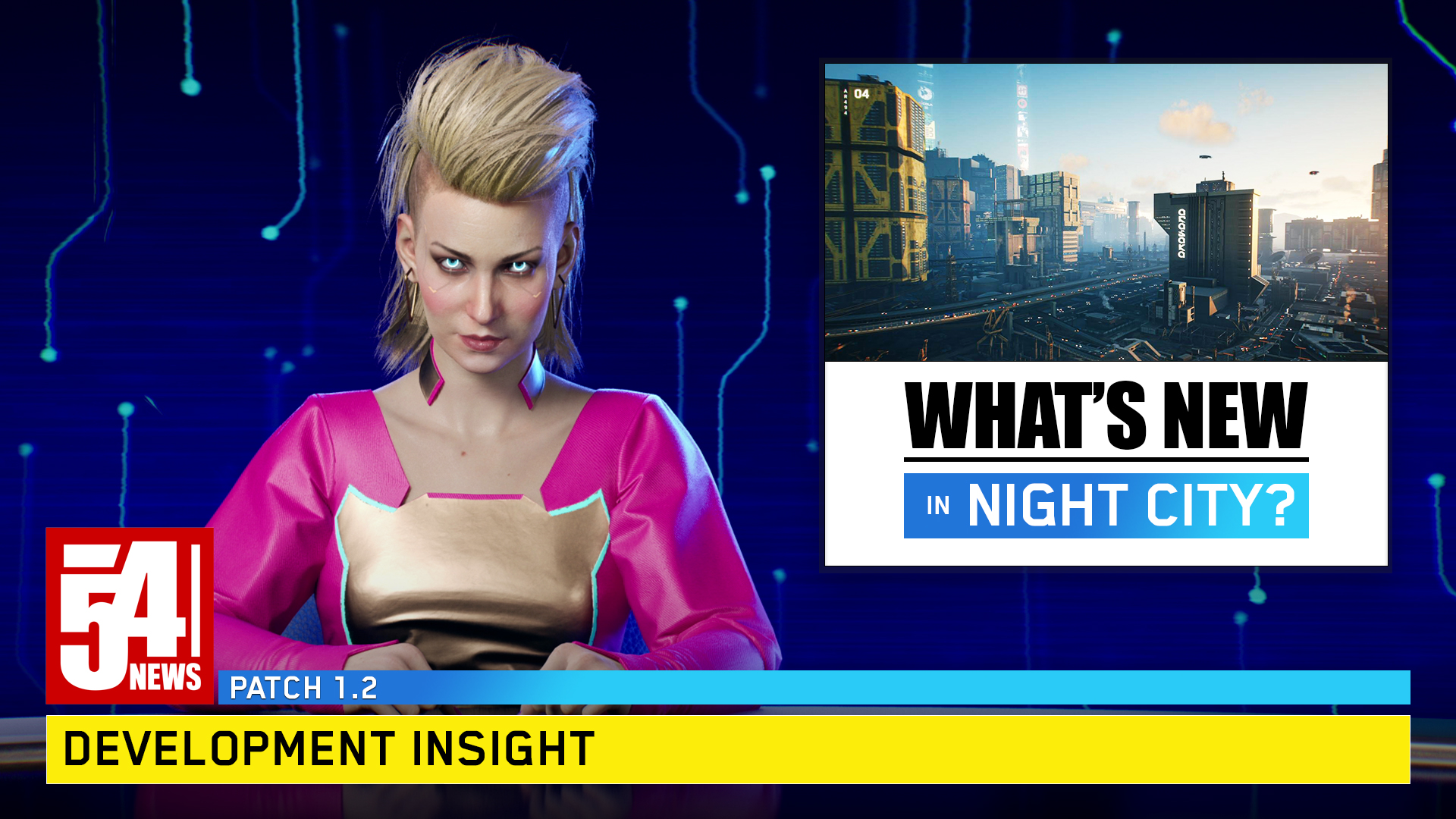 Following the backlash it received following the launch of Cyberpunk 2077, developer CD Projekt Red vowed to stick with the game, giving it updates in order to address all of the biggest concerns. The first major update to Cyberpunk 2077 is patch 1.2, and is set to arrive in the near future. Ahead of the patch’s release, CD Projekt Red has given insight as to what players can expect to change in the sci-fi RPG.

CD Projekt Red highlighted all of the biggest changes in Cyberpunk 2077 patch 1.2 in a post to its official website. Titled “What’s new in Night City,” this faux news report hits on all of the major issues being addressed in patch 1.2 One of the biggest criticisms was how police responded to player behavior in Cyberpunk 2077. They would often teleport out of nowhere, instantly descending on a player.

In patch 1.2, when a player commits a crime on the streets of Night City, the NCPD will actually take a few moments to arrive on the scene, giving the encounter a more natural feel.There’s also a newly added drone that will appear, which is meant to “create the feeling of the police assessing the situation,” said Patryk, Lead Gameplay Designer and Łukasz, Technical Design Coordinator at CDPR.

In this post, CD Projekt Red shares a few brief videos highlighting the described changes. One of the shared videos showcases the tweaks made to driving in the upcoming patch. Another big criticism of Cyberpunk 2077, CDPR is fine tuning the driving experience in patch 1.2. These changes include new customizable sensitivity settings specifically for driving controls.

Cyberpunk 2077 patch 1.2 was originally scheduled to arrive in February 2021, as illustrated in the content roadmap shared by CD Projekt Red. However, a cyber attack made against the company led to the patch being delayed. For more on Cyberpunk 2077, stick with us here on Shacknews.