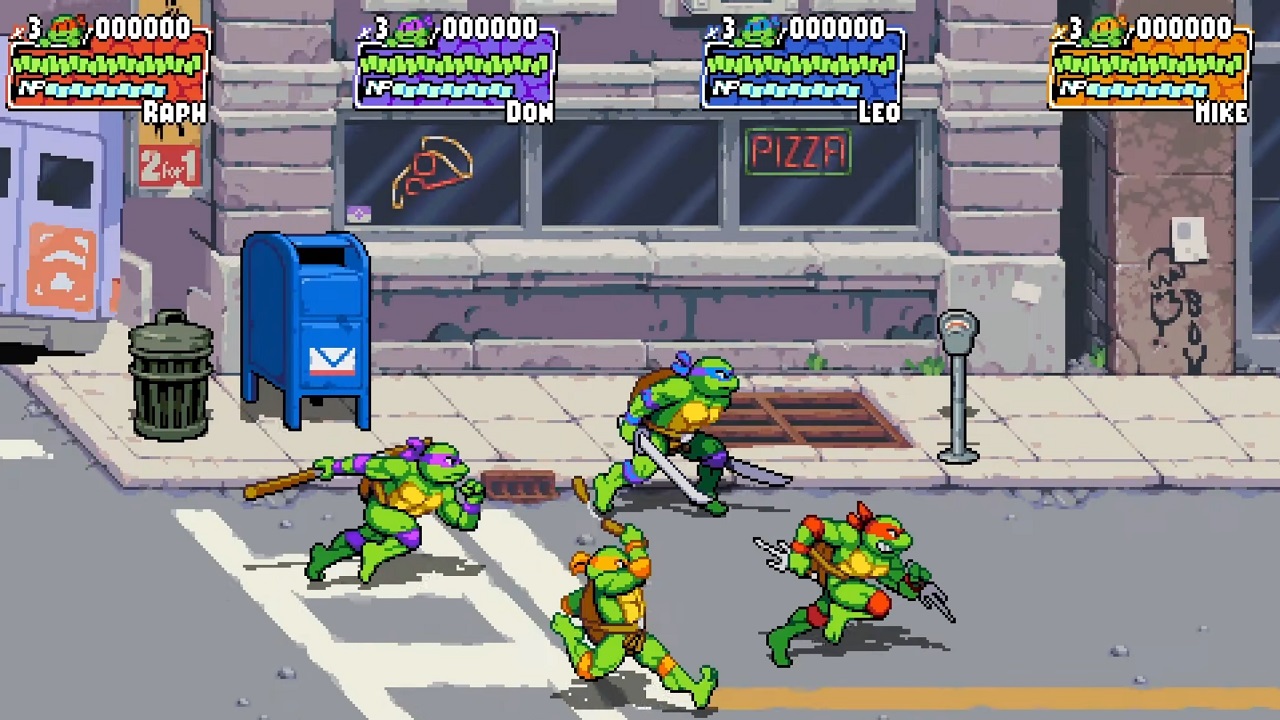 The Teenage Mutant Ninja Turtles are an iconic part of co-op arcade-style gaming. The four character team of Leonardo, Raphael, Donatello, and Michelangelo was perfectly built to offer a perfect brawling experience as players battled Shredder’s Foot Clan across many games worth of side-scrolling action in the arcades and at home. Now, it would seem that the golden era is getting new life as Dotemu and Tribute Games have revealed the first look at upcoming title Teenage Mutant Ninja Turtles: Shredder’s Revenge: a new 2D TMNT co-op beat’em-up coming to console and PCs.

Dotemu, Tribute Games, and Nickelodeon revealed the first look at Teenage Mutant Ninja Turtles: Shredder’s Revenge in a stylish new trailer on the Dotemu YouTube channel posted on March 10, 2021. The trailer shows off some extensive animation of our favorite turtles getting into the action against Foot Clan ninjas, Bebop and Rocksteady, and other familiar TMNT foes. Then, we get our first look at actual action in the game. It looks like we’ll be taking on an all-new side-scrolling brawler for one to four players. See for yourself below.

Dotemu is the perfect crew to be handling a Teenage Mutant Ninja Turtles return to classic beat’em-up action. It has more than earned all of the respect it needs to be able to handle such a fantastic license with the stellar launch of Streets of Rage 4 in 2020, not to mention it’s continued efforts on Windjammers and Windjammers 2. What’s more, Tribute Games knows its way around classic design as well, having previously worked on awesome new games in the vein of classic titles like the Metal Slug-inspired Mercenary Kings and the more recent Panzer Paladin.

We're tremendous fans of arcade-style Teenage Mutant Ninja Turtles, as might be suggested by our previous Arcade Corner, TMNT: Turtles in Time. Happily enough, Shredder's Revenge is giving us those familiar vibes.

With Dotemu publishing and Tribute Games developing, Teenage Mutant Ninja Turtles: Shredder’s Revenge sounds like it’s in capable hands. From the looks of the trailer, it’s going to be hot on our radar as well. No launch window has been announced just yet, so stay tuned as we watch this game for any further details and information as they become available.