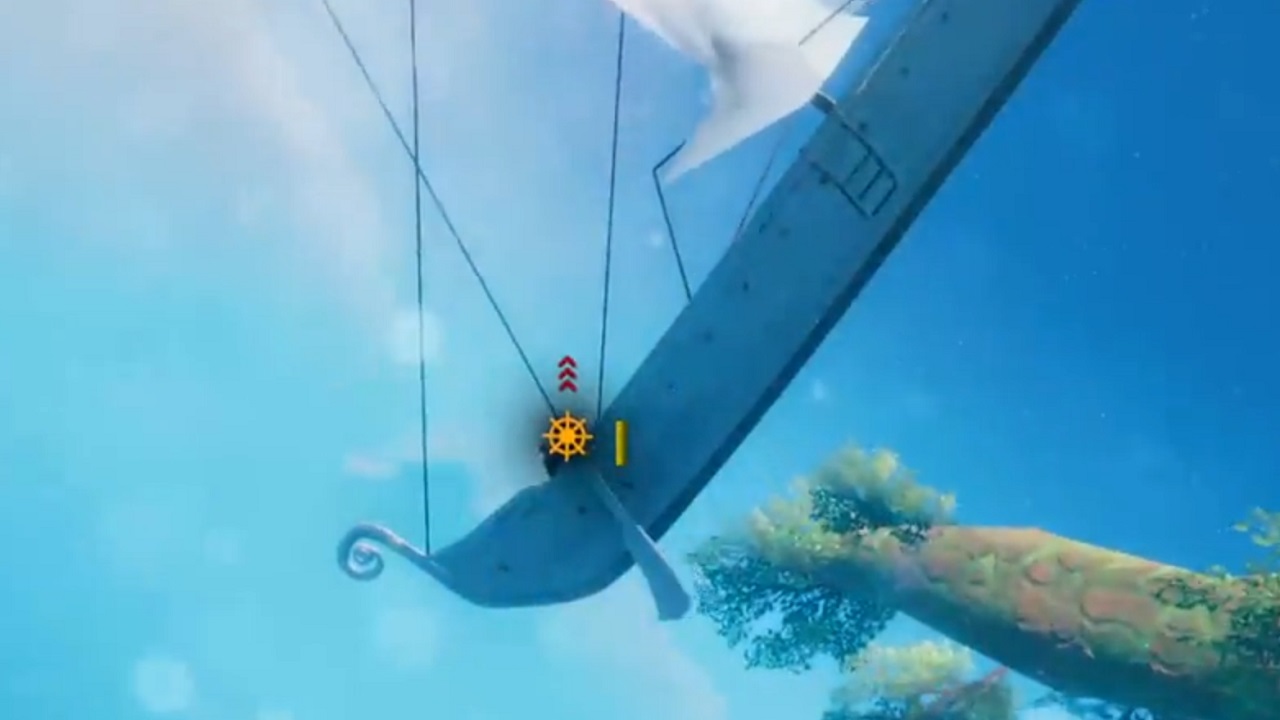 Valheim is a pretty amazing game, not the least of which is because of its physics-based interactions with nature in its massive Nordic mythology-inspired sandbox. Players can play quite creatively with the environment. For one group of players, that has included exploring just how high into Valheim’s stratosphere they can launch themselves, be it by catapulting Vikings or launching their longships in an ever-progressing race to escape Odin’s purgatory and touch Valhalla.

It’s actually been a couple weeks now of various player groups across Valheim yeeting themselves across the landscape and through the skies of the map, as spotted by Eurogamer. Where players like grandluaxe and company attempted to launch Vikings themselves to achieve escape velocity of Valheim’s gravity, Reddit user HotGUUUUU adopted a more vehicular-based and grandiose approach. After crafting a gargantuan ramp full of trees and setting their longship at the top, they skipped their longship off the shallow waters of their coast and went sailing for sheer kilometers in terms of both altitude and distance. You can see the intrepid flight just below.

After MANY failed launches, I present the Longship down the new and improved Mega Ramp (With Better FPS) from r/valheim

It’s both impressive and hilarious to see this new initiative in action, and all the more reason why Valheim crossed over 4 million players in just 4 weeks of availability on Steam early access. The game invites a ridiculous amount of silly creativity, which we only barely scratched the surface of in our recent Indie-licious stream. Heck, folks like popular streamer CohhCarnage have shown off majestic 140-hour solo fortresses built entirely through the game’s expressive building system. It’s not quite as ridiculously zany as launching a longship into the stratosphere, but these are just a few extreme examples of what players can do with Valheim.

To those who never gave up on reaching the outer reaches of Valheim’s atmosphere, we salute you. We didn’t know there were such things as Viking cosmonauts, but we sure do now. Need help with your more grounded in-game objectives? Be sure to check out our handy Valheim guides and walkthroughs.