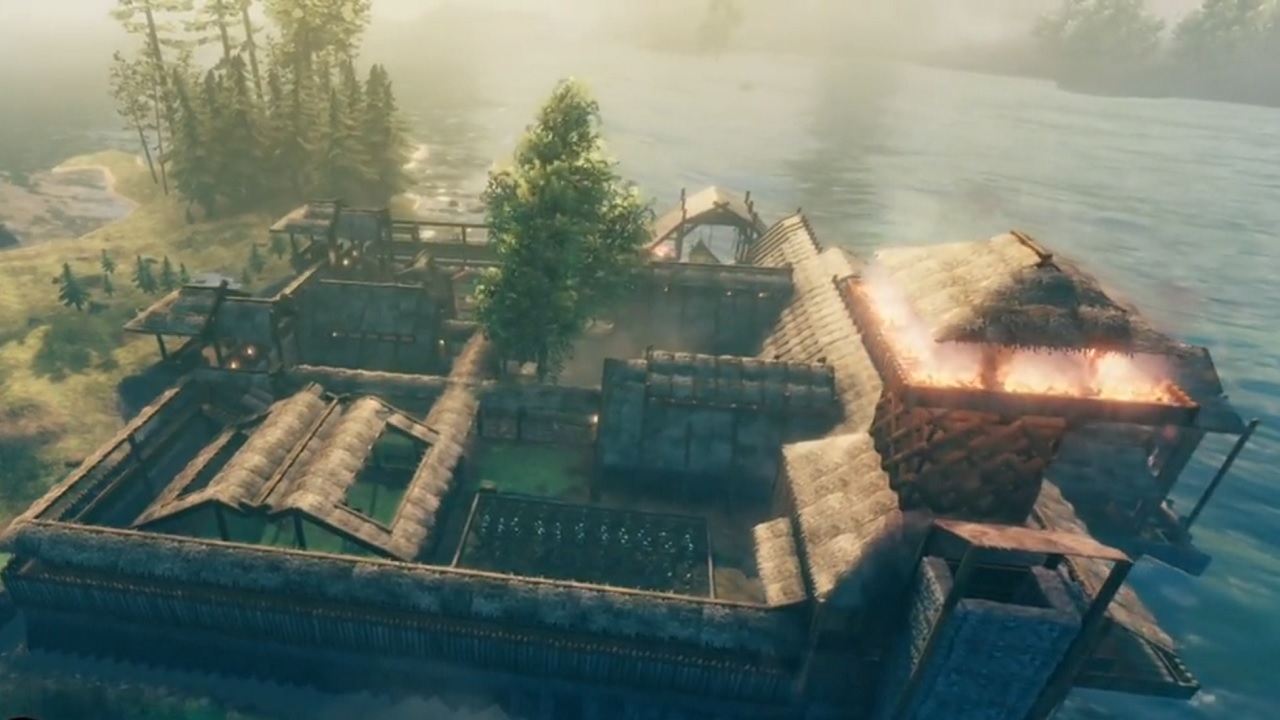 CohhCarnage shows off his 140-hour solo base build in Valheim

With Valheim having garnered the attention of much of the gaming community with its sandbox viking survival adventure, players have flocked to the game to play and create to their heart’s content. The game features a wealth of activity to explore on its large map, but as with any survival game, a good portion of the game remains in your base where you can customize and build to your heart’s content with the resources you collect. Now, you might think as a co-op survival game you need other players to make anything of substance and, to the contrary, we invite you to look at the settlement of popular Twitch streamer Ben “CohhCarnage” Cassell, who recently showed off his impressive settlement made from about 140 hours of solo play.

CohhCarnage recently shared his Valheim base on both his personal Twitter and Reddit with a grand tour. And it was indeed grand. Carnage’s base is a coastal fortress featuring a bedroom, lighthouse, main hall, portal room, boat house, two workshops, two gatehouses, a kitchen, and a courtyard. Again, it must be restated, this was a base built from solo play. CohhCarnage gathered the resources and built this base entirely on his own.

My 140 hour (solo) base tour (CohhCarnage)! from r/valheim

CohhCarnage’s base can be considered another reason why Valheim is so good. Yes, it’s a co-op survival game, and yeah, you might definitely enjoy this more with friends. However, the way Valheim plays, you can fully enjoy everything it has to offer as a solo player. With such a catering to both solo and multiplayer alike, it should come as no surprise that Valheim has been a popular go-to for players, streamers, and YouTubers all around, giving the game a massive following and propelling it past 3 million units sold since it hit early access.

The developers of Valheim are, of course, over the moon at the response and plan to expand the game thoughtfully in appreciation of the community and the attention the game has received. Hopefully, that means a good blend of both co-op and single player content so we can continue to see and build cool settlements like that of CohhCarnage’s magnificent fortress.

Need any help with your own adventures in Valheim? Be sure to check out our wide array of Valheim guides and walkthroughs to help you get the resources you need and stay tuned for further coverage of the game.