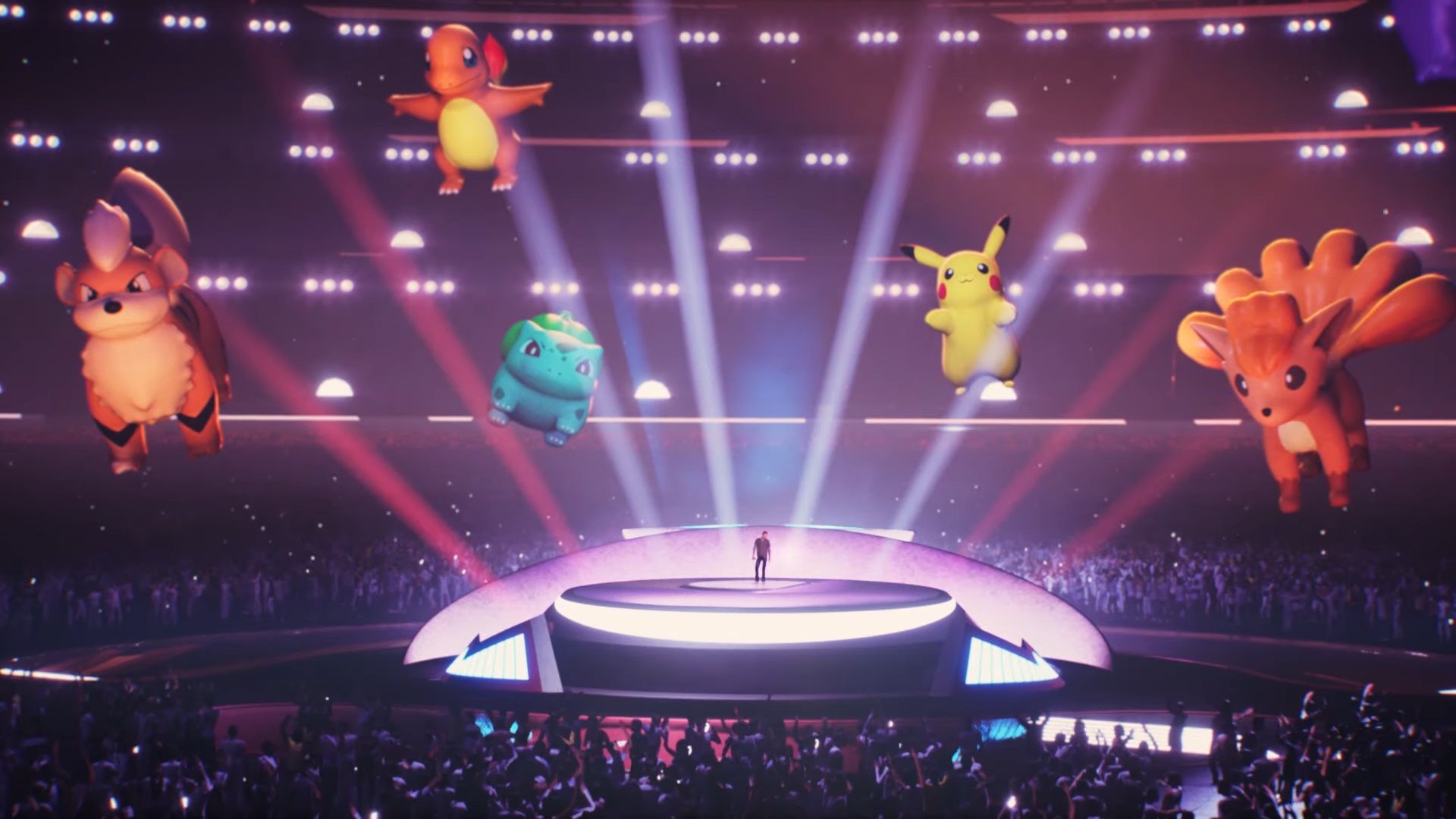 The Pokemon 25th anniversary celebration concluded with a special virtual concert performance from Post Malone. If you missed it, it was quite an experience, offering about as good a pandemic-era musical performance that one can expect. And as cool as the Post Malone element was, it was as more of a celebration of the Pokemon world than anything else. If you missed it, the Pokemon YouTube channel archived the whole thing and you can check it out in its entirety below.

The concert, which was first announced earlier this week, started with a virtual Post Malone taking the stage in a concert venue decorated with various Pokemon knick-knacks. After he was briefly joined by a Pikachu hologram, Post Malone began taking a tour of some of Pokemon's familiar sights and scenes. The musical superstar performed around a menagerie of familiar Pokemon, such as Torterra, Gyarados, Braviary, Sharpedo, Charizard, and even mythical Pokemon like Lugia, Celebi, and Groudon.

The performance featured some of Post Malone's biggest hits, like "Congratulations," "Psycho," and "Circles." It also featured a special cover of Hootie and the Blowfish's "Only Wanna Be With You," which Malone put together for this Pokemon 25th anniversary. This cover will be a part of a continuing musical celebration of Pokemon set to roll out over the course of the year, with artists like Katy Perry, J Balvin, and more set to release new music in the months ahead.

It's a really cool celebration of the Pokemon franchise, one that fans of all stripes can enjoy. It's a culmination of days of special Pokemon events and announcements, including the reveal of Pokemon Brilliant Diamond and Shining Pearl and Pokemon Legends Arceus. Enjoy the show and be sure to check out our Pokemon topic for any news you might have missed.