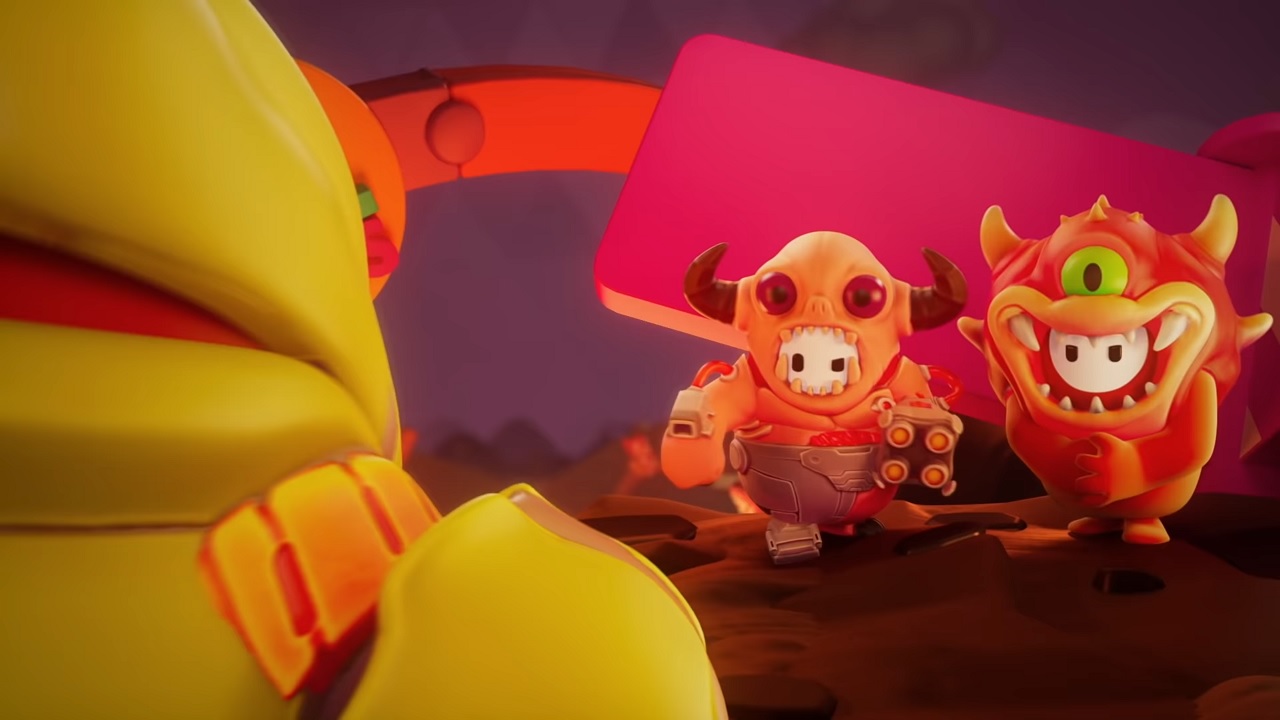 The only type of ripping and tearing you’re bound to find in Fall Guys: Ultimate Knockout is ripping your own hair out when you narrowly miss a Crown for the win. Other than that, it’s a pretty bright bubble-gum candy world of bean people just doing their best and occasionally trolling other beans in the race for victory. That said, Fall Guys is about to get an influx of hellish spiciness in its next set of costumes. Doom is crossing over, with Doom Slayer and demon costumes coming to the game next week.

Fall Guys announced the crossover with Doom and the forthcoming character costumes on the Devolver Digital YouTube channel on January 7, 2021. Coming on January 12, 2021, players will be able to spend their Crowns in the shop to get Doom Slayer, Cyber Demon, And Cacodemon costumes. Much like previous costumes, the Doom costumes will come as a top and a bottom in the shop. There may also be a limited time to snap them up, so we hope you’ve got some crowns laying around or are ready to grind for those Ws.

Doom is maybe one of the most interesting crossovers for a game that has seen an influx of guest costumes from the likes of Half-Life, Exit the Gungeon, and even Sonic the Hedgehog. Even though we got a tease of the possibility of the Doom crossover a month ago, it still feels wacky to see that this one is real. Then again, so did Animal Crossing and Doom memes and we all saw how potentially adorable that turned out.

With the Doom costumes coming on January 12, get your crowns ready and prepare to raise Hell on some Fall Guys races next week.