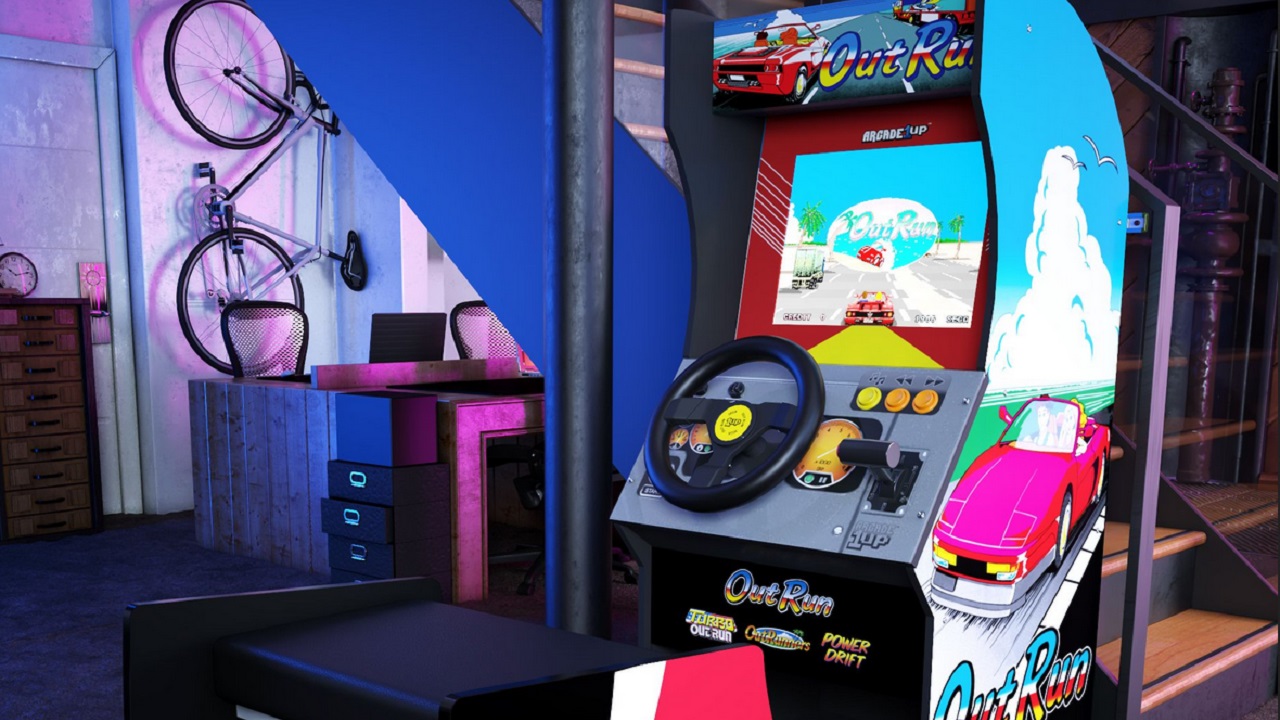 OutRun is one of the most influential driving arcade games of all time. Created by legendary Sega designer and director Yu Suzuki in 1986, OutRun would go on to inspire generations of arcade driving games, all while itself remaining a staple of classic arcades all over the world. Home arcade designers Arcade1Up have never done a driving game before, but that’s about to change, and it is going with OutRun as the centerpiece of its first driving arcade cabinet.

Arcade1Up revealed the all-new OutRun arcade cabinet in a press release on November 4, 2020. The OutRun cabinet is a sit-down design fairly faithful to the classic OutRun style. The cabinet features a 17-inch screen, steering wheel, gas pedal, and brake design, and features a collection of games including the original OutRun, as well as Turbo OutRun, OutRunners, and Power Drift. The sitting bench can also be removed from the setup if you’d like to use your own different seat for the cabinet.

The OutRun cabinet is part of Arcade1Up’s regular forays into new styles of cabinets. We’ve previously seen the cabinet maker venture into unique territories with the likes of the Atari Star Wars Trilogy cabinet with its yoke control and Big Buck Hunter as the first lightgun game of the Arcade1Up catalogue. The company has even been working on an entry into a unique digital board game space with the Infinity Game Table. OutRun represents Arcade1Up’s first official foray into driving games and couldn’t be a more perfect first pick, given the arcade maker’s penchant for classic games like Ms. Pac-Man and Golden Axe.

Arcade1Up’s OutRun Arcade Cabinet is expected to arrive sometime in early December. It will retail at $499.99 and can be ordered now on Arcade1Up's website. Stay tuned for official launch dates and other details coming soon.