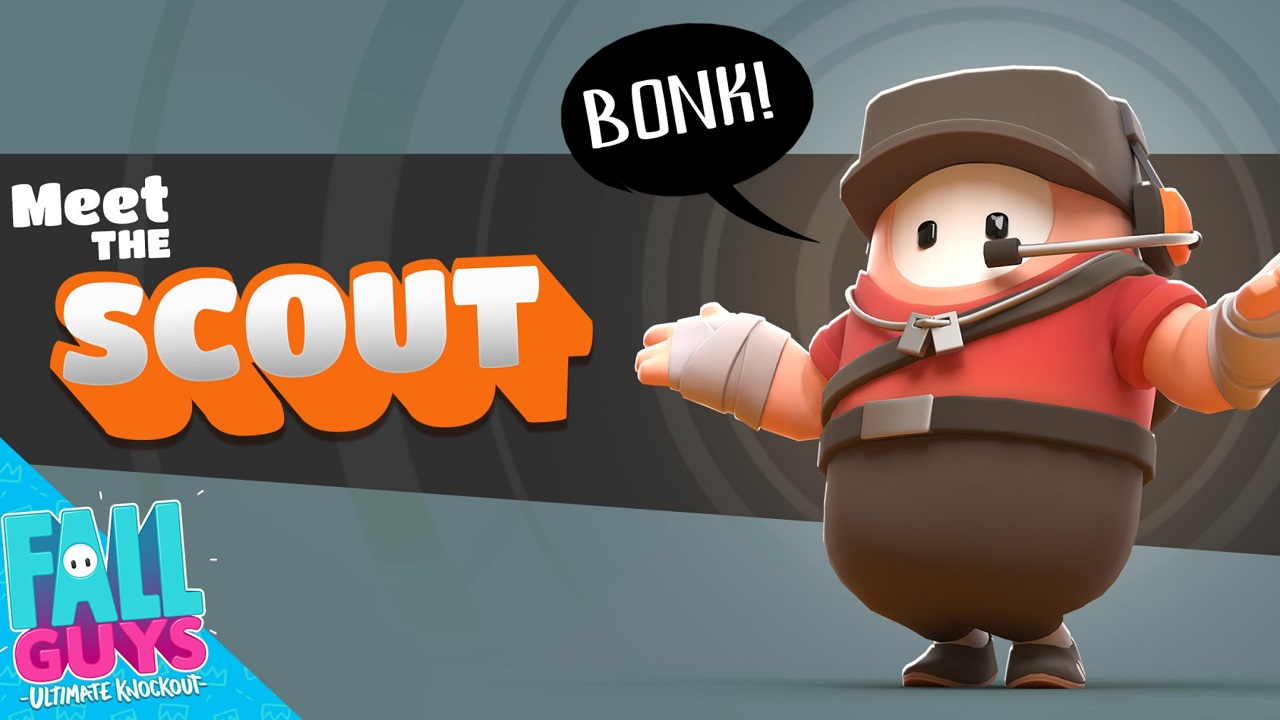 Fall Guys Ultimate Knockout has still been keeping everyone’s attention on most fronts, partially because of it’s popularity on Twitch and partially because it’s a free game in PS Plus on PlayStation 4. But Devolver Digital and developer Devolver Digital are also doing a great job at adding worthwhile content to the game. They partnered with Valve to put a Half-Life Gordon Freeman and Head Crab skin in the Steam version of the game as a PC pre-order bonus, and now they’re giving PC players another cool nod to Valve: a skin of Team Fortress 2’s Scout.

Mediatonic announced the new Team Fortress 2 Scout skin coming to the Steam version of Fall Guys Ultimate Knockout from the game’s Twitter on August 13, 2020. Coming to the Fall Guys in-game store shortly after its announcement, the Scout top and bottom skin allows players to dress as one of the most beloved goofs of the entire Team Fortress 2 cast. You might not get the wisecracks or baseball bat, but your jelly bean will arguably look sly running the Fall Guys gauntlet in the new outfit.

Guess who's coming to the in-game Steam store in a few hours?!?

As mentioned before, this is one of several exclusive skins to come to the Steam version of Fall Guys Ultimate Knockout, the first being a Gordan Freeman and Headcrab skin that was a pre-order bonus on PC. There was also a Half-Life Alyx skin of Alyx Vance. Not for nothing either, Fall Guys has been getting all of the attention it need to warrant all of these fun skins. After launch it quickly shot up the trending charts of both Steam and Twitch. Its popularity also prompted the planning of a Twitch Rivals tournament, as well as Devolver Digital’s upcoming Extreme Fall Guys tournament of its own.

We at Shacknews got caught up in the fun as well. Our Indie-licious ShackStream of it was a blast and it earned high marks in its Shacknews review. A Fall Guys level editor may be far off, but that won’t keep Mediatonic from adding more content to the game and keeping Fall Guys prominent in our gaming conversations as we close out this summer.