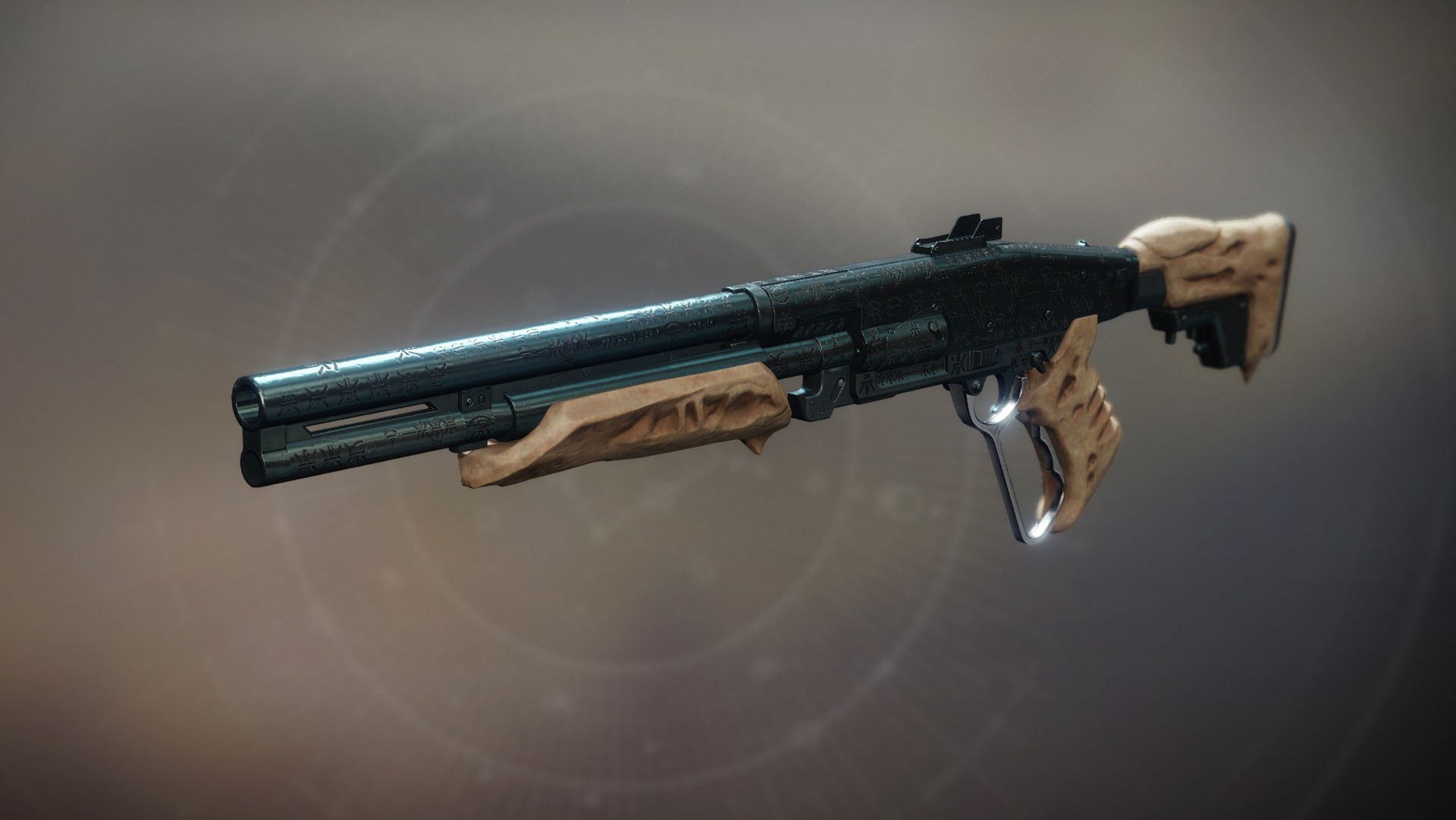 So, you need a Shotgun to use in Destiny 2. But you don’t want just any Shotgun, you want the best Shotgun. You want a Shotgun so grossly proficient at killing that it makes Crucible opponents send you messages in a fit of rage. You want a Shotgun that will make Calus giggle with glee as you take down the Darkness. The good news is that there are a lot of great Shotguns in Destiny 2. Here are a few of our top picks.

Best Shotguns for PVE and PVP

There are more Shotguns in Destiny 2 than you can poke a stick at. Thankfully, most of them will get the job done if you’re simply trying to get a quest completed – for instance, if you were trying to unlock Felwinter’s Lie by completing The Lie. But those that want to melt bosses in PVE or crush opponents in Crucible, there are a few best-of-class options.

While you’re at it, maybe work on unlocking the Python Ritual weapon if you haven’t already. It’s another great Shotgun you could use in Strikes, raids, and even the Crucible.

Mindbender’s Ambition is infuriatingly good in Crucible. It’s got some disgusting range, some amazing perks, and great built-in stats. What’s more, Mindbender’s is reasonably easy to get and only requires a bit of farming. According to the community-curated selections on Light.gg, some of the perks you want to look out for include Slideshot, Rampage, and Quickdraw. If you manage to net one with Opening Shot, enjoy that extra boost to range.

Astral Horizon is a new Shotgun added with Season of the Worthy. This one is exclusive to Trials of Osiris, and is locked behind weekly drops, so it’s not easy to get. However, if you manage to get your hands on one, you’ll be treated to some high impact and hopefully some good perks. Much like the majority of the guns in this list, if you can get Slideshot, you’re off to a good start. Astral Horizon can also come with Swashbuckler and One-Two Punch.

Dust Rock Blues is one gun you might see a lot of in Crucible these days. The reason for this is that it is incredibly easy to acquire, you just need some runes and a run through the Menagerie. Check out our Menagerie rune guide for exactly what you need.

As for what you can get out of this shotty, it should be no surprise that Slideshot is among one of the strongest perks. You can also get Full Auto Trigger System, which is pretty good for PVE but not so great for Crucible given how little Special ammo you spawn with.

Introduced with Forsaken, Parcel of Stardust is a surprisingly good Shotgun choice, even given it’s now almost two years old. Though Slideshot is an option, Stardust can roll with Opening Shot, which significantly improves the accuracy and range of the first shot. You’ll feel like you’re practically sniping people with this thing. For the last perk column, it’s dealer’s choice, except Pulse Monitor. Throw that in the bin.

Imperial Decree is part of a two-option combo. If you don’t go for this Primary-slot Shotgun, you can go for the next one on the list. The advantage Imperial Decree has is that you can run through Menagerie to get one to drop, cutting down on the need to farm. Refer to our Menagerie weapon god roll guide for some good ideas on what you’re chasing here. The short of it is that Feeding Frenzy, Swashbuckler, and Trench Barrel are pretty great.

Emperor’s Courtesy is the other part of this combo. If you’re not able to get a decent Imperial Decree, or don’t want a shotty in your Primary slot, you might want to take to the Crown of Sorrow raid for one of these. The Emperor’s Courtesy curated roll features Grave Robber and One-Two Punch. The latter of these two is obviously great for damage output.

If you can’t manage to get a curated roll, that’s fine too, as Quickdraw and Swashbuckler are great options, as is Snapshot Sights, Slideshot, and Opening Shot.

You might not see Threat Level around a lot these days, but it’s still one of the best Shotguns in Destiny 2. This little beauty sits comfortably in the Primary weapon slot and comes with some appealing perks. If you’re lucky enough to get the curate roll, you’ll walk away with Trench Barrel and Grave Robber. Otherwise, you’re looking at a pretty good range of perks that work well together. Check out the Light.gg page for some community-recommended perks. As for where you get Threat Level, it's dropped from the Scourge of the Past raid.

Trigger warning for those who were around when the Wolves reigned supreme in Crucible. It was a nightmare, to be sure. Even though the wolf has been domesticated, it still has that wild edge. If you can manage to get your hands on the Lord of Wolves Exotic Shotgun, you’re in for an absolute treat. Switch to the alternative firing mode and enjoy shredding your enemies to pieces.

No one calls it that. That’s too many digits and numbers. We’ll just call it the IKELOS shotgun or “Damn, it the Escalation Protocol boss didn’t drop it… again”. You see, for the longest time, the IKELOS shotgun was the king of the Shotguns in Destiny 2. This is thanks to the perch Trench Barrel, which increased damage after a melee hit. It’s still a very good Shotgun, but recent nerfs have broken the crown, just a little. Make sure you check out the Escalation Protocol schedule and get to farming this shotty if you haven’t already. It’s still pretty great.

Picking a Shotgun to use in Destiny 2 is easy. But picking one of the best Shotguns in Destiny 2 is going to take a bit of work. Thankfully, some of these options are pretty easy to get and some are even decent at both PVE and PVP content. For more insightful articles, head over to the Shacknews Destiny 2 complete strategy guide.