Elden Ring is finally out and, by many accounts including our own Shacknews review, it is very good. However, it's not without some quirks. In his infinite wisdom, Hidetaka Miyazaki and the FromSoftware team decided that despite setting Elden Ring in a sprawling open world, players don't need an in-game quest log. Sure, it would help for keeping track of obscure NPCs, locations, or quest items throughout its vast explorable space, but I've read that this is actually a good thing because having a quest log would somehow break immersion. You should just keep a journal nearby so you can make your quest log outside the game that they didn't put in the game. Very sensible.

In honor of that very sensible solution, here are five different types of journals you might consider before you play Elden Ring. 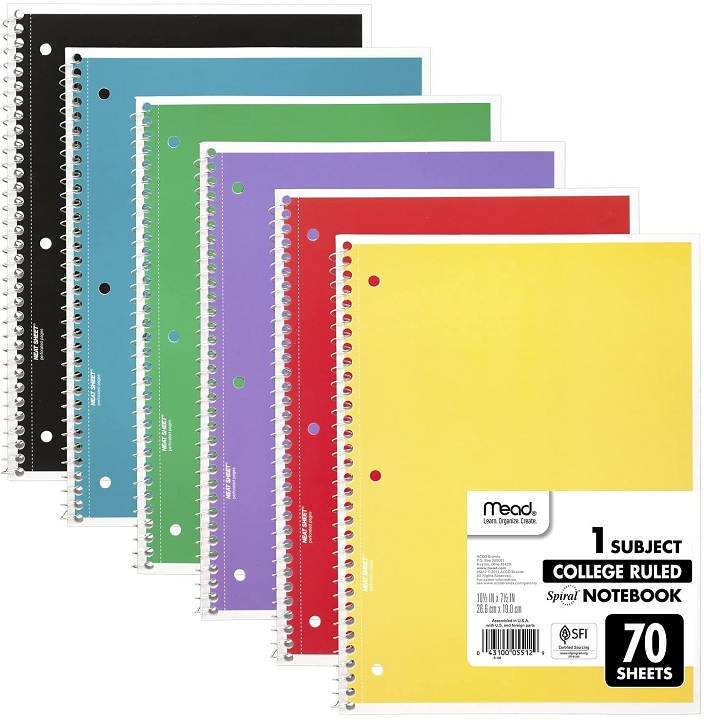 A college classic, you can find this one practically anywhere at an extremely low price. Generally, each notebook has 50 to 100 pages of ruled line paper, which is good for keeping your notes cleanly separated and organized. Just beware: If you don't write the game down on the front or back of the notebook, you might forget which game it's for. You... do keep several external game notebooks around right? Also, unfortunately, you won't be winning any style points for this one, although it does come in several colors (though few feature a melancholy or gothic aesthetic). It's practical, effiicient, and that's about all that can be said about it. Still, maybe that's all you need. Nobody is judging you, scrub. 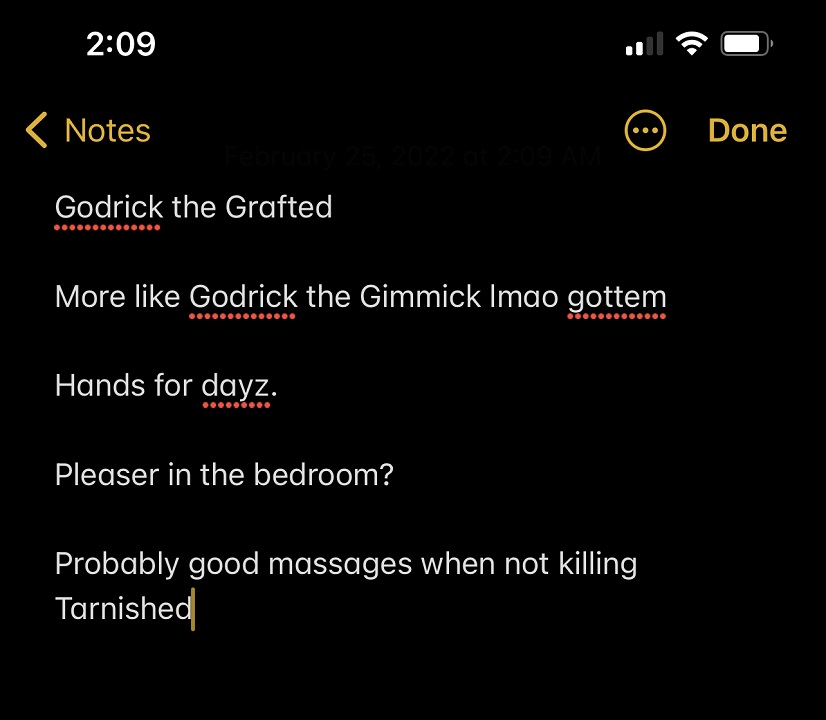 There's a very likely chance that you won't even have to buy anything for this notebook to work. Just locate the notes app in your smartphone! iOS and Android devices usually have a Notes app somewhere on there and even if you somehow deleted it, it's free to get back. It's also easy to keep around since you don't have to open journals, flip through pages, or keep a writing utensil nearby to use it. That said, if you're entrusting your quest log from the absense of one app to the inclusion in another app, are you really Elden Ringing properly? ARE YOU? Some would say no, and you shouldn't cheat them out of cheating you out of an appless note-taking experience. 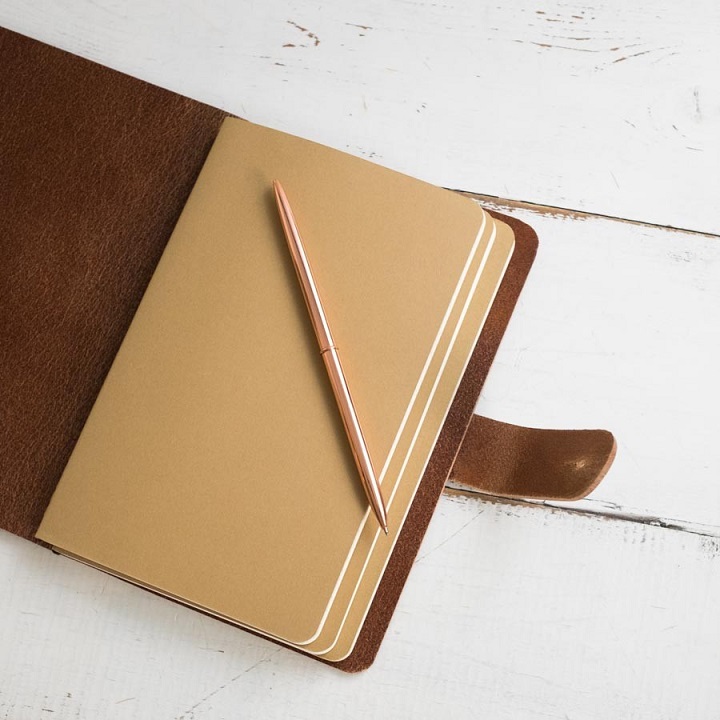 Now you're getting saucy. Moleskine journals and notebooks have long been the choice analog writing platform for the most "Mmhyesss" of writists. Not only does it tell others "I'm willing to spend $30 - $100 on a collection of bound paper I will write in for approximately 10 pages before I get bored or busy." It's also an awesome way to corner yourself into never actually writing in it at all because you'll anxiously convince yourself it's too nice to ruin with your stupid words.* Wherever the opinion that having a questlog would do harm to Elden Ring came from, we're pretty certain it was immortalized in an overpriced moleskine journal. And you can too, why not?

*This is a joke. If you write in a moleskine notebook, good for you. Writing is good. Meanwhile, I have a couple that were given to me and I'm scared of their power and beauty, lol 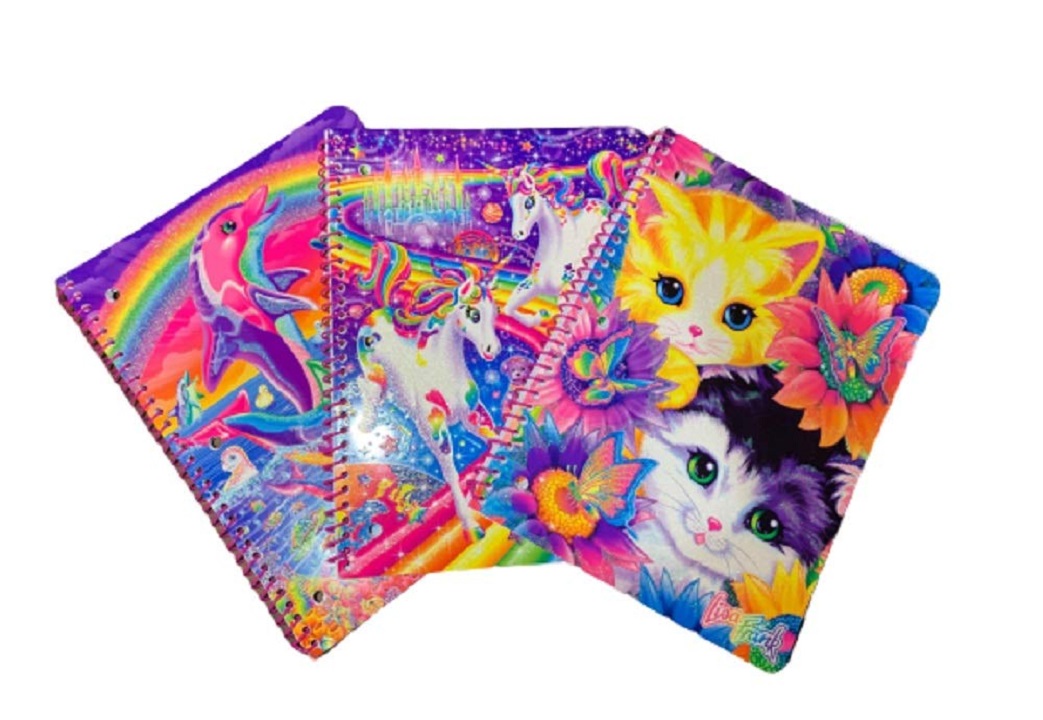 Okay, now you're just showing off. To be honest, we wouldn't be surprised in the slightest if the beautiful world of Elden Ring was based at least some part on the artistic designs of Lisa Frank. The rainbows, the kittens, the dolphins, the absolute tie-dye no-f***s-given energy of these notebooks... The question is not would you be embarrassed to be seen keeping your Elden Ring notes in a Lisa Frank notebook. It's "are your Elden Ring notes bold enough to be seen in the presence of a Lisa Frank notebook?" 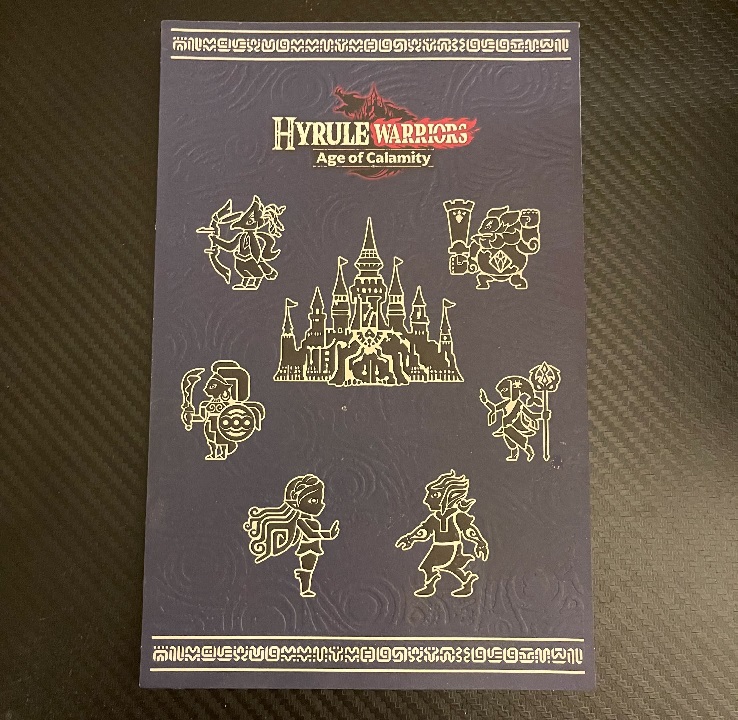 Now this.... This is ballsy. There have been a handful of notebooks, notepads, and journals that have served as limited edition pack-ins on very specific products or shows. That's right. We're not just talking games. We might be talking about your cool ass Golden Girls diary featuring awesome art of Betty White (RIP) and company. We might be talking about your Legend of Zelda Hyrule Warriors Age of Calamity - Hyrule Champions notepad featuring the radical glyph designs of each character. If you use one of these, you've only got one shot at it. There's no replacing the platform once you start. If you're stalwart enough to keep the notes from one game in the sea of many in such a valuable collector's piece, then maybe you're ready to give it all to sieze the Elden Ring after all... Or maybe you just ran out of all other options and it was the only thing you had in a pinch. Definitely one of the two.

And there you have it. Does Elden Ring suffer for not having an in-game checklist? We wouldn't argue that. Would it be nice? Yeah, even Breath of the Wild had an Adventure Log that kept track of quests, ya dingus. But who cares? FromSoftware are the undisputed kings of giving us awesome games and all sorts of silly design decisions to go with them.

So in lieu of the longshot that FromSoftware ever patches a quest log into the game, you'd better grab a journal so you can "keep the immersion intact." Because what spells immersion like forgetting where you were after not playing the game for a couple weeks, making you scramble for an out-of-game checklist that absolutely still interferes with immersion? Elden Ring!!!