We have spent the past 7 months working on a strategy to revitalize Shacknews, and we officially open a new chapter in our site’s history with tonight’s relaunch!

Over the past several months, we’ve tried a bunch of different things — we have daily video news with our Shack Snacks, fun programming like 8-Bit Cuisine and Shack Reels, and great written editorial led by Steven Wong, Steve Watts, and Ozzie Mejia. We are constantly engaging the Chatty community to find out what they want to read, hear and see, including at the recent Shackcon (pictured here). We’re even on our second official episode of the Shacknews' Chattycast podcast and we have plans to introduce new shows in the near future. 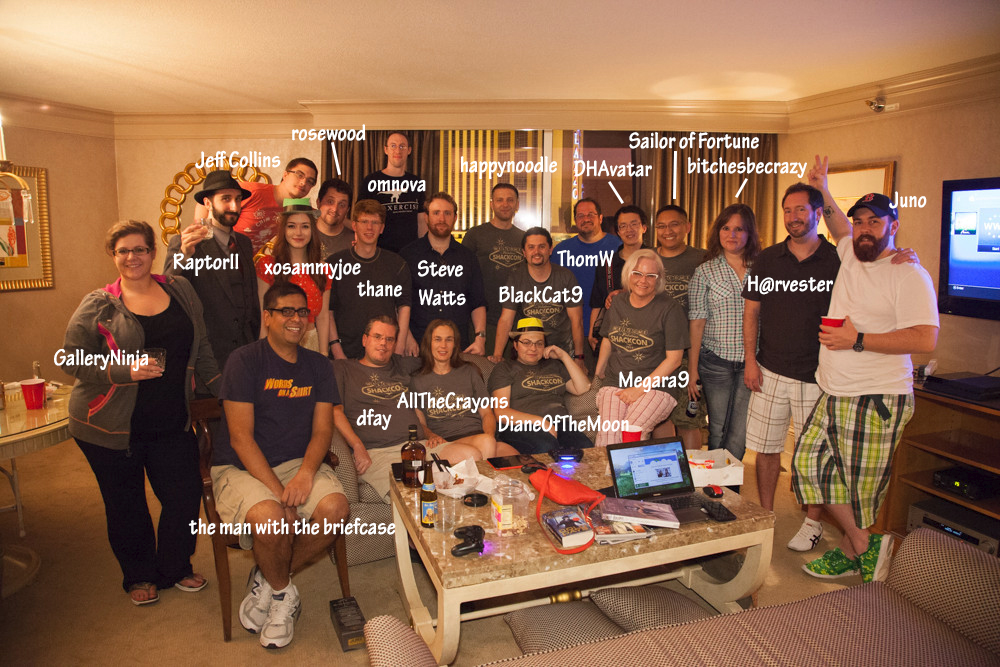 It’s been a very busy year so far, but we have assembled a great team touching on everything from editorial to video production to management. Still, it is clear that we have a lot more to do. I look forward to working with our team and the community to bring the Shack back to its rightful place in the vast realm of video game journalism.

We want to thank all of our partners for supporting us during the transition, and I personally want to thank the team at Shacknews for working harder than most people realize to get us to this point today.

Lastly, we want to thank our Shacknews community. I am very happy that we won't have to live in a world without the Chatty. I will do everything in my power to give the team at Shack the resources required to maintain its rightful place as a premier video game news site, but we all want to hear your thoughts on what we could do better. We can’t do this without you.

As I said before, we have much more to do. This is merely the beginning.

Thanks for sticking with us,

Asif A. Khan (the man with the briefcase)