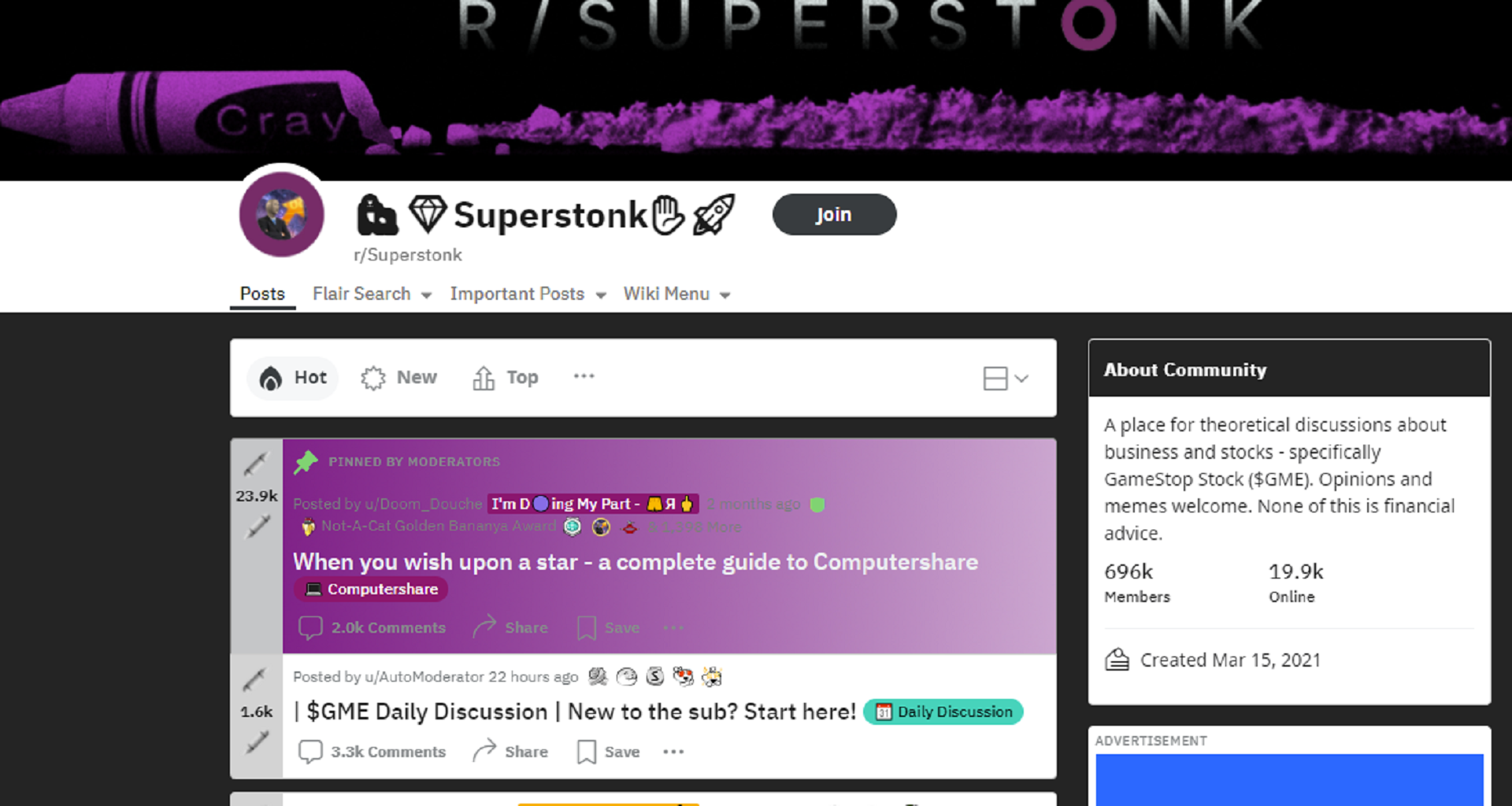 GameStop's stock has been back in the news lately with volatile moves up and down over the past month, and discussion about the company is picking up on Reddit, Twitter, and even mainstream media outlets. It appears that one splinter subreddit from r/WallStreetBets has hit a very special milestone. The folks over at r/Superstonk are celebrating reaching the 696,969 members mark. An impressive feat for a subreddit that was created in March of 2021. Please take a look at this celebratory post from one of the mods, u/ButtFarm69.

While r/Superstonk was created in March of this year, it really began to gain traction when the mods over at r/WallStreetBets declared that April 16, 2021 would be the last day of the infamous GME Megathread. It was also the last day that Keith "TheRoaringKitty" Gill would post an update about his GameStop positions. Mr. Gill, also known as u/DeepFuckingValue on Reddit, has been laying low in recent months. His former employer MassMutual was fined $4.75 million for failing to supervise his social media activity on YouTube, Twitter and Reddit.

It's been many months since Keith Gill stopped posting updates regarding his GameStop (GME) position, and he has even stopped posting memes on Twitter. One could argue that some meme stock investors are chasing after Keith's amazing investment gains, but his massive payoff took years to occur. And patience is a virtue, as that one guy once said.

Luckily, there is no shortage of meme lords to keep the GameStop conversation going. While r/WallStreetBets has led to many splinter subreddits, r/Superstonk certainly has weathered some storms and created a place to discuss GameStop, AMC, and whatever else people might be into any given day. Loopring? Sure.

Anyway, congratulations to r/Superstonk on this tremendous milestone!