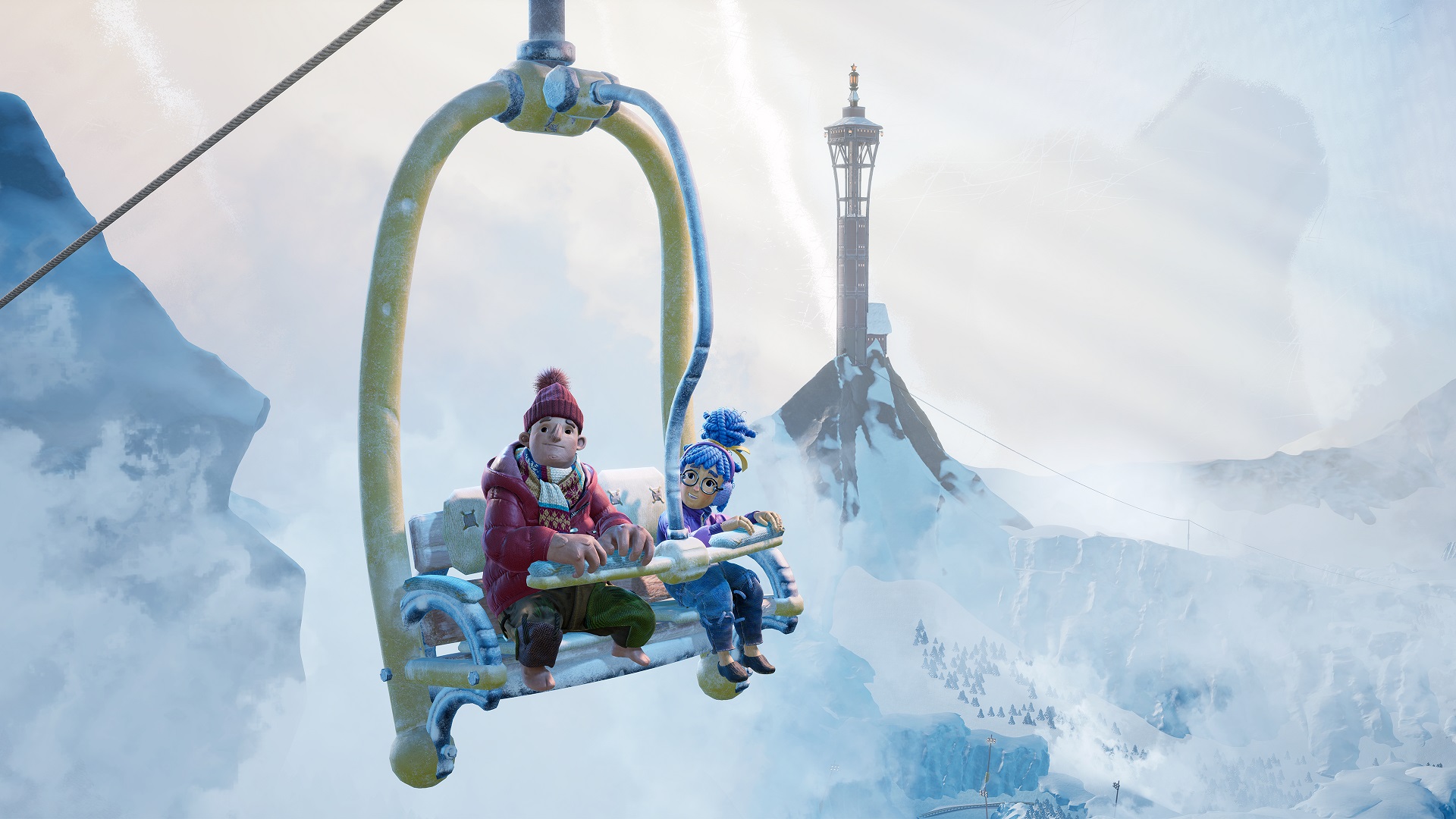 Game Director Josef Fares has prided himself on creating gaming experiences unlike any other. Over the course of his partnership with Electronic Arts, that has largely involved creating cooperative gaming experiences, ones uniquely built exclusively for two players. Hazelight Studios' latest effort, It Takes Two, isn't just for friends, though. It's a game that can be enjoyed on date night. Shacknews recently went hands-on with this puzzle platformer to learn more about how teamwork makes the dream work.

As last week's trailer spelled out, It Takes Two centers around a couple named Cody and May. They're about to file for divorce, something that has deeply upset their daughter. In a twist out of a fantasy romantic comedy, their daughter makes a wish and it somehow results in Cody and May being transformed into pint-sized dolls. Cody and May don't know how they got this way, but the goal becomes to try and reach their daughter to try and make things right. Along the way, they meet the Book of Love, addressed by the author's name Dr. Hakim, who frequently meddles in their adventure in an effort to force them back together.

It Takes Two cannot be played solo. The game supports local or online co-op only, so the action unfolds exclusively through split-screen play. That opens the door for different co-op mechanics and unique puzzles. Each character can perform double jumps and wall jumps, but Cody and May have their own distinct functions that they perform over the course of each area. For example, in the early game, May wields a hammer while Cody can toss out nails, the latter of which can be thrown and called back like Thor's Mjolnir. May must use her hammer to swing across nails and reach distant platforms to open a path for Cody, while Cody must throw and retract his nails quickly to keep May moving forward.

The cooperative play is mainly used for puzzles, but those puzzle mechanics later extend to dealing with enemies. In the latter half of the demo, Cody and May are making their way through their daughter's treehouse, with the tree having been taken over by wasps. They're both given special weapons by militarized squirrels, so to deal with their foes, Cody must spray them with honey while May shoots out fire to ignite them. Bosses must be dealt with in a similar manner, with one character setting the boss up for their partner to score a hit.

The mechanics appear to change as the game goes along. Working with hammers and nails is a key component of its first hour, but Cody and May quickly trade that in for other mechanics, like the aforementioned honey and fire. While the platforming elements remain the central idea, how players progress will change throughout the journey. Working together is a major part of survival, but everyone has infinite lives, so the door is open for trial and error... and for some good-natured trolling.

Since It Takes Two is centered around a couple, the game also finds places for bonding activities. Some are as simple as a photobooth area where Cody and May can take pictures with a backdrop, like something out of a theme park. Others are more competitive in nature. Over the course of the demo, we found a shooting gallery and a Whack-A-Mole game, the latter of which had Cody act as the mole. There's nothing on the line here, other than bragging rights, but if you're playing with your significant other, aren't bragging rights really all that matter? These diversions also go a long way towards helping establish It Takes Two as more of a romantic comedy than anything else.

As the competitions and the wacky characters imply, It Takes Two is very lighthearted. There's frequent banter between the two main characters, the side characters often throw around quips and jokes, and there are some hilarious moments sprinkled into the tense action. There's a moment towards the end of the demo where Cody has to fly a model plane to safety, making sure to avoid incoming obstacles. While he's doing that, May is on top of the plane taking part in a Street Fighter-style battle (complete with sound effects) against one of the aforementioned miltaristic squirrels. The tone remains consistent, but the story introduces new ideas in such a way as to keep players engaged. It's a series of ideas that Fares is so confident in that he seems insistent that he'll pay $1,000 to anyone who's bored by it.

From our time with the demo, It Takes Two looks like it'll be a couples activity like few others. The story is also interesting in a way that it could go in a number of different directions. Does it end with Cody and May fixing their marriage? Does it turn out that some marriages fall apart for a reason and there's no shame in divorce? Is there complexity to this relationship beyond anything that the tropes of the romantic comedy genre can fix? That alone looks to make It Takes Two a story worth experiencing.

Grab a partner and prepare to see how Hazelight Studios' latest title plays out. It Takes Two is set to release on March 26 on PC (via Origin and Steam), PlayStation 4, and Xbox One. Upgrades will be available for PlayStation 5 and Xbox Series X.