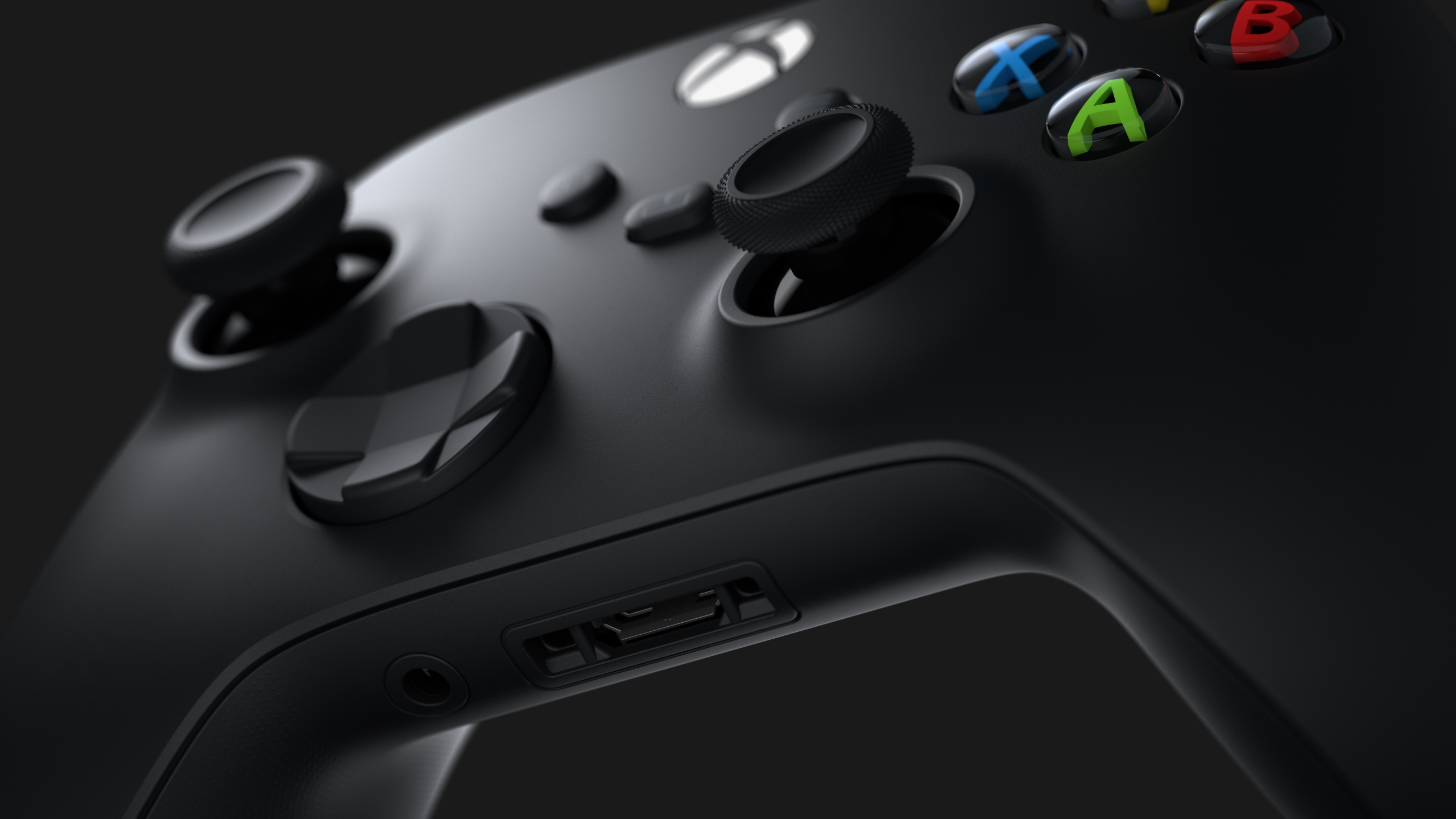 Xbox Series X review: The future is not here

The Xbox One launched back in 2013 with an admittedly weak software lineup and some messaging snafus that gave its rival PS4 an early lead that Microsoft was never able to recover from. Expectations were sky-high following the runaway success of the Xbox 360, but that momentum didn’t fully carry over to its successor. Microsoft is now entering the newest console generation aiming to reclaim former glory with an approach that is likely to thrive or languish in tandem with the fortunes of Xbox Game Pass.

The Xbox Series X is touted as the ultimate way to enjoy Xbox Game Pass and a wide variety of third party games with top-of-the-line visuals. It commands a relatively high price tag at $499 but offers lots of promise following a console generation where the underlying hardware was often a scapegoat for poor framerates and repetitive game design. Microsoft is putting lots of weight behind its backwards compatibility program, allowing Series X owners to access loads of legacy content with the opportunity for enhancements. For prospective buyers, backwards compatibility should be front and center on the list of importance because the availability of next-gen software and experiences is so poor that older games might be all there is to enjoy in the near future.

The Xbox Series X packs an octa-core AMD CPU and RDNA 2-based GPU into its boxy frame along with a solid-state drive for holding the operating system and games. This hardware combination is important because it will be the baseline for AAA game development for the foreseeable future, including software made available for PC. Compared to the restrained selection of parts found in the Xbox One, the Series X’s guts should enjoy a much-longer relevant lifespan than its predecessor and will likely be a solid match for the current crop of 4K HDR-enabled televisions.

The physical appearance and build of the console are strong, especially when placed against its main rival, the PS5. The dark grey chassis works well in both vertical and horizontal orientation and I was able to easily integrate it into my entertainment furniture setup. The included cooling system sucks air up through the bottom of the frame and exhausts out the top with no issue. During my time evaluating the console, I never once noticed the sound of fans or anything else audible from the Series X. This is a welcome change from the Xbox 360 days and a real upgrade over the Xbox One, which had a tendency to sound like a hovercraft when asked to play demanding games. Time will tell how the Series X holds up in this regard.

The new gamepad that comes with the Series X is very similar to what we got with the Xbox One S pad. While it does feel shaved off in a few parts, the basic shape and feel in-hand remain consistent with previous designs. The d-pad got a redesign to mimic both of the options found on the Xbox Elite pad. I’m not very fond of how it feels in practice, but that could change as I accrue hours with it. It comes in the box needing a pair of AA batteries to operate and I would have preferred an integrated, rechargeable battery such as that found on the PS5. I was able to hook it up to my PC and had zero issues getting it to work with a variety of titles. I suspect that the Series X pad will likely find a home with many PC gamers.

As good of an impression as the Series X makes with its physical design and internal components, it disappoints on the software side in equal measure. The system UI is largely similar to the Xbox One and the dreadful Xbox apps for Windows 10 — it is functional,  but the less time I spend with it, the better. During the initial setup period, I was bouncing around the menus attempting to toggle options or customize the appearance and found that the overall layout of the home screen and settings menu to be less-than-desirable and hardly intuitive. A few times, I wasted minutes looking for the settings menu as it would sometimes be in the home row of apps and other times not. You will need to spend a fair amount of time with the home screen tiles and app placement to get your apps and games into an arrangement that makes any sort of sense. I also found download speeds to be painfully slow, even when the system network diagnostic showed speed in excess of 200Mbps. When I tried to download the same games on the Windows 10 PC connected to the same switch, the download saturated the connection.

Xbox Game Pass is integrated into the UI pretty cleanly, which is a good thing because at launch it will be about the only way to get games to play if you aren’t bringing an established digital Xbox game library with you. I was provided with an assortment of games to test the Series X prior to embargo, ranging from older games with Series X enhancements to new titles expected to launch alongside the console. I cannot speak about more than a few of these new titles as they ended up needing more time to be ready for launch, but the initial impressions were underwhelming at best. The standout release among the launch software would be Yakuza: Like a Dragon. It installed and operated smoothly with an option for 4K output. As a cross-gen title, it was never going to knock anyone’s socks off as a preview of what the new console generation might bring, but it got the job done. Sadly, this is the current high-bar for 2020 Series X software (from the selection that was made available to me).

Several catalog titles received enhancements for the Series X launch, including Gears 5, Gears Tactics, Sea of Thieves, Forza Horizon 4, and The Touryst. Gears 5 is the clear standout here, as the 4K/60Hz boost with improved settings that bring it to parity with the PC version is solid. It looks and plays the part of what one would expect to see from a previous-gen game promising to make use of upgraded hardware. Sea of Thieves got a patch that allowed for 60Hz output, a first for consoles. The added smoothness and controller responsiveness is the icing on the cake for an already solid multiplayer pirate adventure. It is now arguably superior to the PC version thanks to the inclusion of HDR output. I personally found the enhanced version of Forza Horizon 4 to be disappointing after spending hundreds of hours with the stellar PC version over the last two years. Players can choose between visuals or framerate, but both options seem to use settings lower than the PC Medium equivalent.

The rest of the backwards compatibility library features only slight or no enhancement. Some titles will be getting patches down the road that will bring them in line with the experience found in the previously mentioned titles, while others will simply make use of features like Xbox Auto HDR. I tested a few Xbox 360 games that made use of Auto HDR and it seemed to work well enough. It is not a feature compelling enough to warrant paying for the Series X by itself, but welcome. Note that this qualifier doesn’t apply to anyone who is a rabid fan of Geometry Wars, which was greatly enhanced by Auto HDR.

Load times seemed solid across the board, but I saw nothing that lined up with the lofty promises made during the console announcement in regards to the solid-state drive. In general, the experience was akin to what you would find on a random gaming PC with a SATA SSD. Red Dead Redemption 2 is notable for having load times in excess of 2-3 minutes on Xbox One X. When I loaded it up on Series X, I was able to go from the main menu to walking around Saint-Denis in just over a minute. This is a notable improvement as Red Dead Redemption 2 does have any specific Series X enhancement. The load times still fell short of the NVME SSD in my gaming PC, but this situation could change as new software is written to take advantage of the storage solution in the Series X.

I expect the drive space will be a serious issue for early adopters of Series X. Games are not getting any smaller and with Xbox Game Pass, it took almost no time for me to stuff the SSD to the brim. I imagine that the bundled Series X drive starts sweating when it sees new users navigate to the digital store page for the newest Call of Duty. Microsoft is selling add-on SSDs that are expensive and should be factored into the purchasing decision when looking at the Series X.

When will this console make sense?

As it stands right now, anyone who is angling to pre-order or buy a Series X console for launch will be investing in a promise from Microsoft that things will get better. Earlier in the year, I felt like the push for backwards compatibility was going to be a nice bullet point for the Series X to go along with fancy new games. The reality is that, without backwards compatibility, the Series X is nearly a paperweight. Even compared to thin launches in the past, Holiday 2020 looks like a bonafide woofer for those hoping to dive into next-gen. I saw nothing running on the console that looked remotely next-gen or did anything other than match some older PC titles. Obviously, this can and will change at some time in the future, but people will be paying $500+ right now. Even Xbox One had Ryse: Son of Rome, a flawed game that at least looked next-gen at the time. Unless you slept through the entire previous generation, have a brand new 4K HDR TV, and are dying to play Gears 5 or Sea of Thieves, consider waiting to buy the Series X until some sort of compelling software arrives.

This review is based on hardware provided by the manufacturer. The Xbox Series X launches on November 10, 2020, for $499.