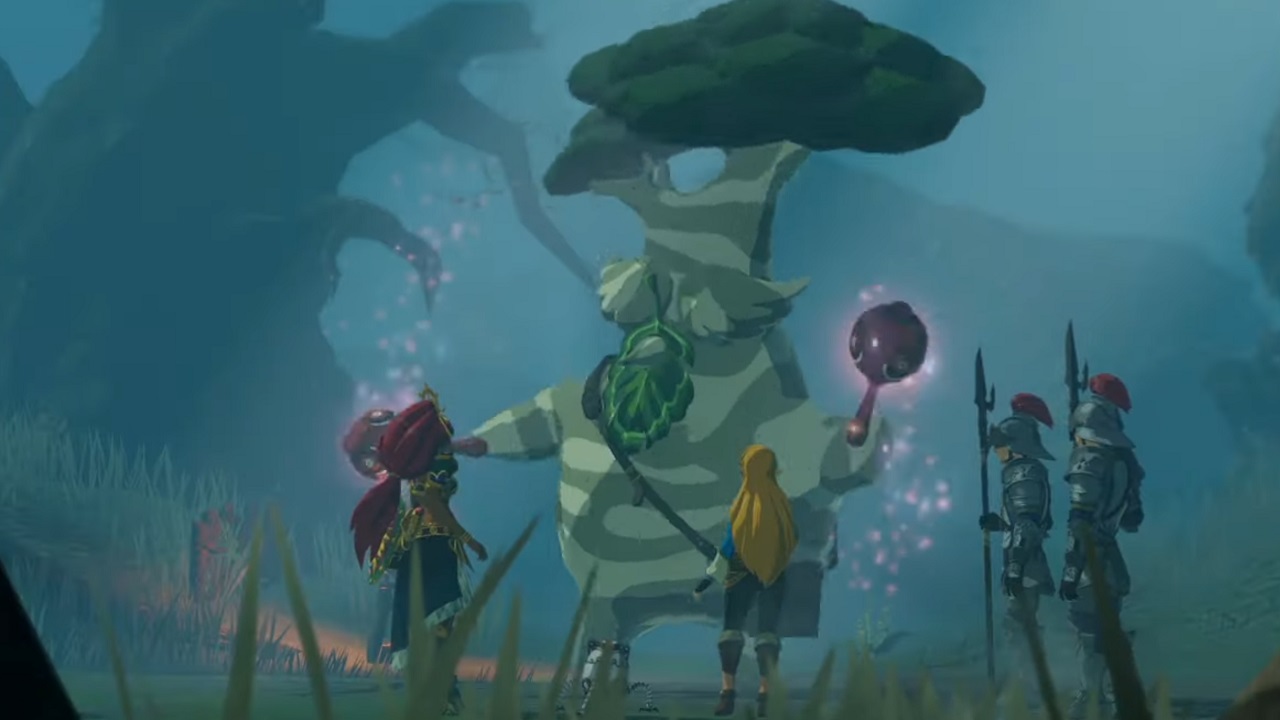 Oh, Hestu. The name alone stirs feelings both good and troubling. After all, despite being a maraca-shaking and dancing spirit of nature that upgrades your capabilities in Breath of the Wild, he’s also associated with one of the most mind-numbing tasks in all of Hyrule. Since that task is returning in Hyrule Warriors: Age of Calamity, we should have known Hestu was as well, but the latest gameplay trailer for the game officially confirmed it.

Nintendo posted the latest look at gameplay in Hyrule Warriors: Age of Calamity on the Nintendo Twitter and YouTube channel on October 19, 2020. We got a fresh look at some of the combat capabilities of playable characters like Link, Zelda, Revali, and Impa, as well as some clever use of the Sheikah Slate, which all characters will be able to utilize one way or another. However, a pinch of the trailer was a “Yahaha!”-heavy parade of Korok appearances, leading up to the debut of none other than Hestu himself. You can see the trailer for yourself just below.

Korok seeds were another of the things previously revealed to be returning to Hyrule Warriors: Age of Calamity alongside a slew of BotW mechanics like cooking and map reveals. In that case, it only makes sense that Hestu would make a return as well. After all, Korok seeds are pretty useless if Hestu isn’t loading them into his maracas. Though it does leave us questioning as well… Will giving Hestu Korok seeds mean we can upgrade our characters with him? It seems pretty obvious that it ought to be the case, given that finding Korok seeds are a confirmed activity in the game.

Regardless, we’re happy to see Hestu finally make his maraca-shaking entrance in Hyrule Warriors: Age of Calamity. We’ll look forward to meeting with him again when the game launches on November 20, 2020. We just hope he’s not looking for 900 of those dang seeds.