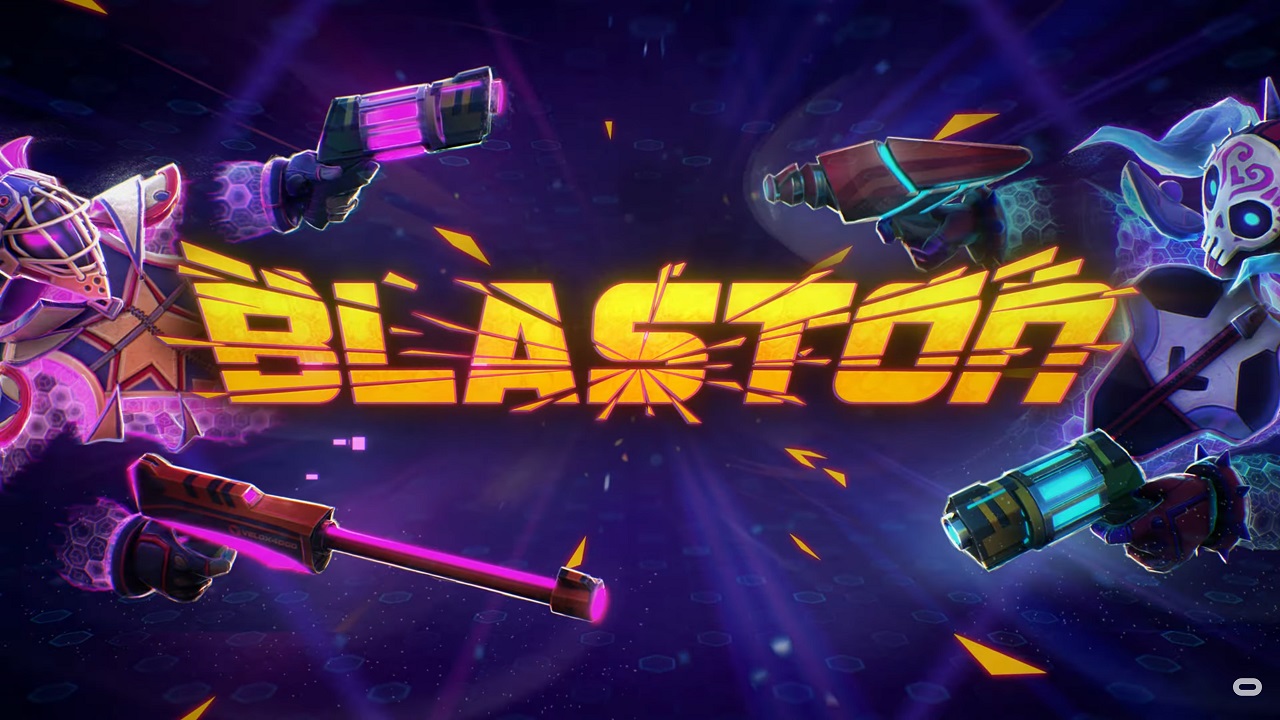 Resolution Games has been gathering a massive wealth of talent for its upcoming VR gaming projects, and one of the culminations of some of that talent has launched today on VR Quest in the form of Blaston. Blaston is a sci-fi PVP first-person shooter in which players engage in 1-on-1 duels using a wealth of floating weapons around them. It’s available on the Oculus Quest today and is slated to launch on further systems in the coming months.

Resolution Games celebrated the launch of Blaston with a press release on October 8, 2020, as the game hit the Oculus Quest store. Launching at just $9.99, Blaston allows you to take part in competitive duels in which you and an opponent will face off against one another on virtual platforms. When rounds start, a series of weapons will spawn around players and they’ll use each unique gun to try to outmaneuver and blast their opponent, chipping away at their life bar until they win the round in a best of 3 match-up. Blaston looked like a delightfully competitive, yet arcade PVP experience when it was teased in September, and now it’s here for our amusement.

Get ready to go head-to-head in our futuristic multiplayer game of PvP combat! @BlastonGame is now available on Oculus Quest and is coming soon to Steam and arcades. https://t.co/uiHLbdbePT #blastonvr #oculusquest #vrgame pic.twitter.com/mosUWMycTn

Blaston comes ahead of the Oculus Quest 2 launch on October 13, for which it and all Oculus Quest games and the Oculus Link will be compatible. Blaston is also one of the opening volleys of Blaston’s impressive new stable of gathered talent, including former Facebook VR head and Left 4 Dead creator Mike Booth and id Software veteran Tom Hall. Blaston looks amusing to say the least, but Resolution definitely has more projects up their sleeve as well.

In the meantime, those not on the Oculus Quest will be able to enjoy Blaston eventually too. Resolution Games has promised a launch on Steam that will make the game available to Oculus Rift, HTC Vive, Valve Index, and more in the coming months. Stay tuned for the announcement of further launch dates.