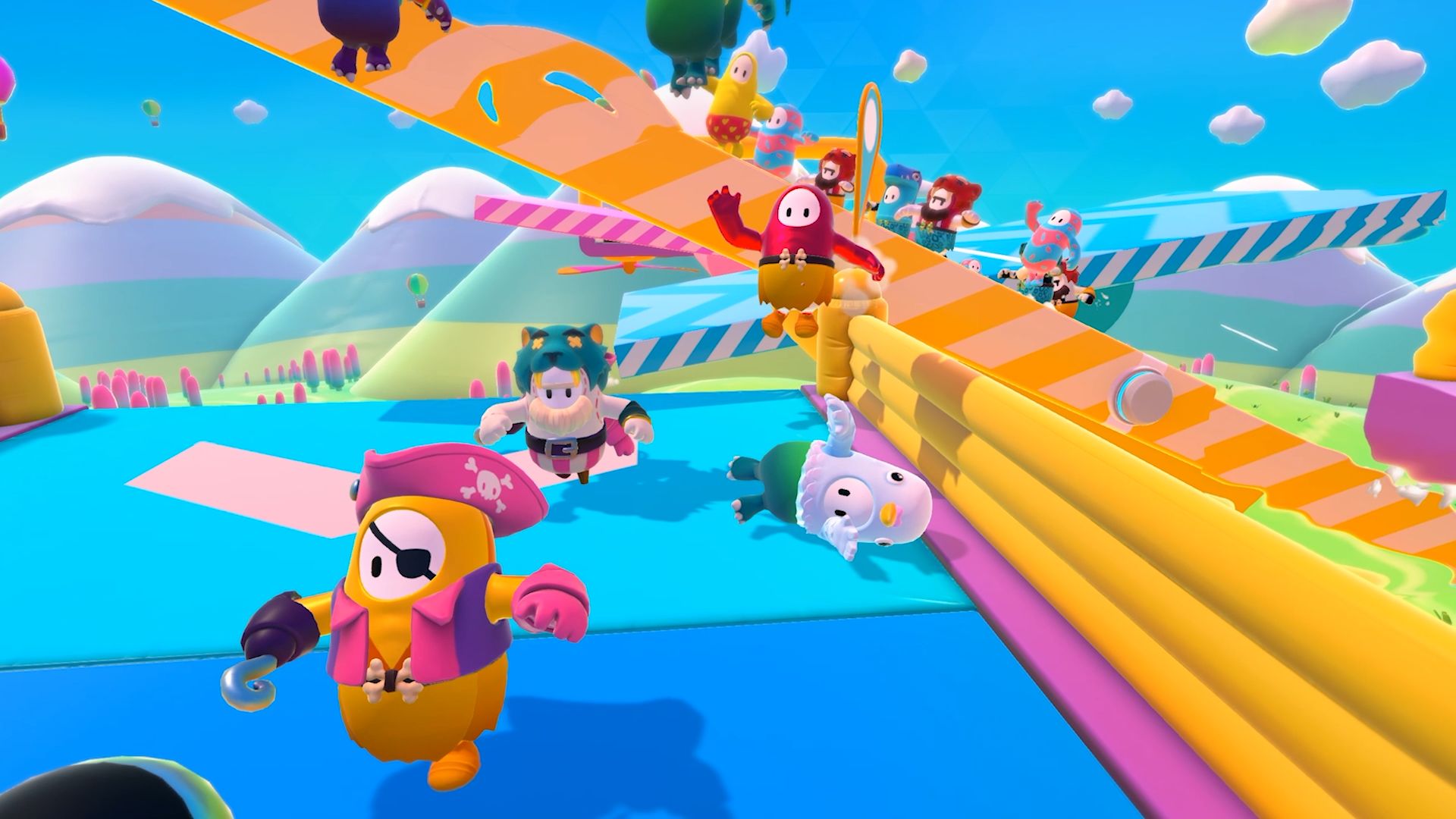 Few games have captured the gaming world's imaginations this summer like Fall Guys: Ultimate Knockout, the whimsical battle royale from Devolver Digital and Mediatonic. And why wouldn't it? It's a colorful, wholesome competitive experience, one where you're just as likely to take on a streaming pro as you are a small child or an elderly grandparent. It's a fun game that's truly for all players. But as great as it is, it's not quite perfect.

Don't get me wrong, I said in my review that Fall Guys reminded me of why I love video games. However, I also noted that there are a few missing features that keep it from gaming perfection. For today, Shacknews takes a look at what's still missing from Fall Guys and what we'd love to see come to the game in the weeks and months ahead.

This is a heartbreaking omission, one that many of us at Shacknews pine for more as the days go by. As of now, Fall Guys parties max out at four players. Four players? This is a game for everybody! I've seen groups of dozens want to get into the same session, from the Shacknews staff, to our Chatty community, to various Discord communities, and beyond. Right now, only four players can get into a party at once, which means if entire communities want to get into a 60-player session, then multiple parties of four have to try and search at the same time and hope they get lucky. That's not the way things should be.

It's 2020, so one would hope that a future Fall Guys update will allow for larger parties. With the game maxing out at such a high number, it's not unreasonable to want to bring more friends to the fiesta.

If Fall Guys won't allow for larger parties, the least that Devolver and Mediatonic could do is let large groups of people create their own massive sessions. Let's talk about the Shacknews staff, Shacknews Chatty, and leagues of Discord communities again. Imagine if they want to set up games among themselves, separate from the public-at-large. As of now, they can't.

This is a feature that feels unlikely for PS4, but it should be critical to the PC version of Fall Guys. Imagine Twitch personalities like GrandPOOBear, Ohmwrecker, and Tim the Tatman opening up sessions exclusively for their subscriber base. It'd be an entertaining way for entire communities to come together and bond.

On top of that, private servers could allow for the option to set up customized sessions. These servers could operate on custom rule sets and also include or exclude whichever games the server owner sees fit. Don't like Slime Climb? Dump it! Don't want any of those team games? Get rid of them! With private servers, the Fall Guys experience can be a much more curated experience.

This one broke my heart when I was reviewing Fall Guys. I had multiple family members looking over my shoulder when I was running through this game. They thought it looked like fun. They wanted in on the action. So I passed along my second controller, thinking we could split-screen the next game.

If ever there was a game that needed couch co-op, it's Fall Guys. Yes, things would be a little chaotic in a split-screen setting, considering how much on-screen real estate some of the games might take up. That's true of a lot of couch co-op games, though. There are ways around this. Heck, I'll even live with less screen space. But I have people in my own house who want to get in on the fun, and it's not the same just passing the controller back and forth.

Fall Guys absolutely needs couch co-op. Considering it's a game that players of any age can get into, why not have it at the ready and make Fall Guys a Friday night family game?

Many gaming properties and different brands are trying to get in on the Fall Guys cosmetic train. Heck, Half-Life, Team Fortress 2, and Enter the Gungeon already have. But why not put some of that in the hands of the user base? Institute Steam Workshop support and let players come up with some of their own outfit ideas for their characters.

This one might be unlikely since it would ultimately defeat most of the purpose of the Battle Pass idea. Still, there are other ways to usher in Steam Workshop support without compromising the lucrative cosmetic model. Why not let users come up with their own mini-game ideas? Or let users create their own landscapes that allow them to change up some of the Fall Guys bubblegum scenery? Picture somebody creating a DOOM-style hellscape, but surrounded with the usual Fall Guys confetti, balloons, and cheerful music.

Games like Team Fortress 2 have thrived on Steam Workshop support. They have even folded some of the user mods and custom creations into official updates. Fall Guys could do the same. They could also take handpicked community creations and add them to future console updates, as well. There are ways to make this work, and hopefully, the Fall Guys community will get more of a chance to place their stamp on the game in the future.

It was a sad day when we posted our Does Fall Guys: Ultimate Knockout have cross-play guide. Because the answer was no. No, it does not.

It's one thing when cross-platform play isn't instituted in a shooter. There are many PC-only tools that make shooters much more playable on that platform than on consoles. But we're talking about a massive 60-person platformer. There really isn't anything that should prevent the PC and PlayStation 4 communities from playing with each other.

Fortunately, it does look like Mediatonic is aware of this. According to Fanbyte, cross-platform play does look to be in Fall Guys' future. It just won't be here right away. But the sooner it gets here, the better. Fall Guys is the kind of game that demands everybody to come together and enjoy it as a unified player base.

After seeing Fall Guys' server woes on day one, we could see why it only launched with 60 players. It's hard to stress test multiple battle royale sessions, so it's probably not a great idea for the development team to put themselves farther behind the 8 ball than necessary. It's easier to fix a broken 60-player server issue than it is a 100-person server issue, I would imagine.

But we're weeks removed from those server problems. Fall Guys now looks to be running seamlessly across both PC and PS4. Now it's time to consider making this party a little bigger. Now that we've seen how much fun a 60-player Fall Guys session can be, why not up the player cap back to the original 100? Mediatonic has previously stated that 60 is the sweet spot, but we must respectfully disagree. The more players there are, the better for a game like Fall Guys.

And if Mediatonic doesn't want to up that cap permanently, why not do it for just a few weeks? Why not make it a special event? Mix things up for a two-week event or a limited-time celebration and up the cap to 100 temporarily? It would freshen up the Fall Guys experience for a little while and put the 100-player trial balloon out there. If it works, great. If not, it was fun while it lasted.

That's just some of what we want to see in Fall Guys: Ultimate Knockout. What are some features you want to see added to the game? Join the conversation and let us know in the comments. If you're not a part of our Chatty community, be sure to click the button at the top of the page and create an account. We're a fun lot here, so join our community! And while you're here, be sure to subscribe to Mercury for the optimal Shacknews experience.