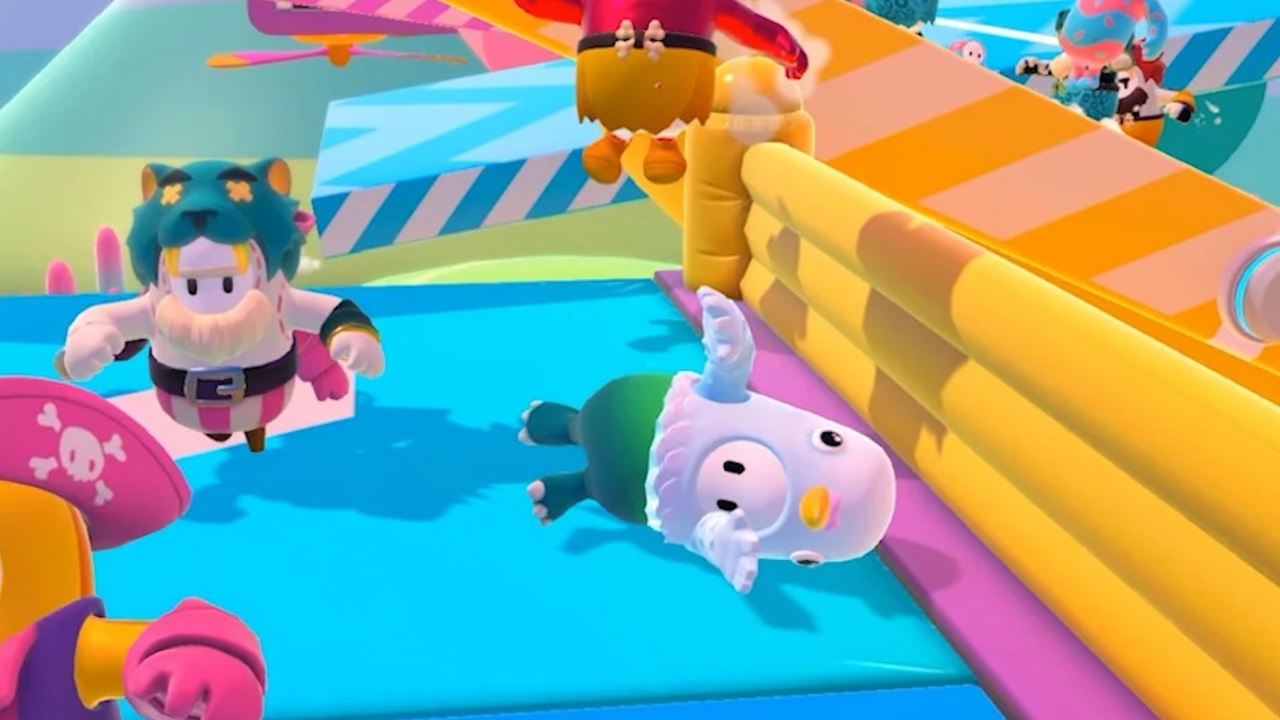 With as much attention as Fall Guys: Ultimate Knockout has gotten leading up to its release, it was going to be a polarizing game. It’s colorful and lighthearted as can be, but also chaotic and merciless in its design to sift an entire room of jelly bean players down to a single winner. The outpouring of interest in the game resulted in Mediatonic being forced to pause and fix issues with their overloaded servers. It was during this time that some users review bombed Fall Guys on Steam, but others also “positive review bombed” it in response.

The review bomb tug of war was hinted at by the Fall Guys Twitter during the game’s launch day on August 4, 2020. With a huge flood of player purchases and engagement with the game on its launch day, Fall Guys’ servers took a beating and the developers were forced to close them down for a bit to work on maintenance and better prepare for the massive attention the game was getting. During that time, the game was apparently review bombed and dropped from a Positive to Mixed rating on Steam.

We're working really hard to get running smoothly for SO MANY players!

We know it's super frustrating, but if you could hold off from negatively reviewing - Until you get chance to play the game, it would really help us out ♥️

With the Fall Guys Twitter revealing the situation, it apparently spurred fans to take the opposite approach in response to the review bombing. The developers claimed soon after that a “positive review bombing” happened in which users dropped an influx of friendlier reviews on the game’s Steam ratings.

Nothing against Fall Guys. The game clearly doesn’t draw that kind of attention without doing something right - just check our hands-on preview to see what we mean - but review bombing both bad and good arguably serves to skew actual critique and rating of the game and bury real feedback under the tug of war of reactive players both positive and negative.

Fall Guys, nor any other game, shouldn’t be review bombed. It’s petty to say the least, but hopefully the dust settles soon enough and Steams arguably manipulable systems balance themselves out well enough for actual feedback on the game to rise to the surface.