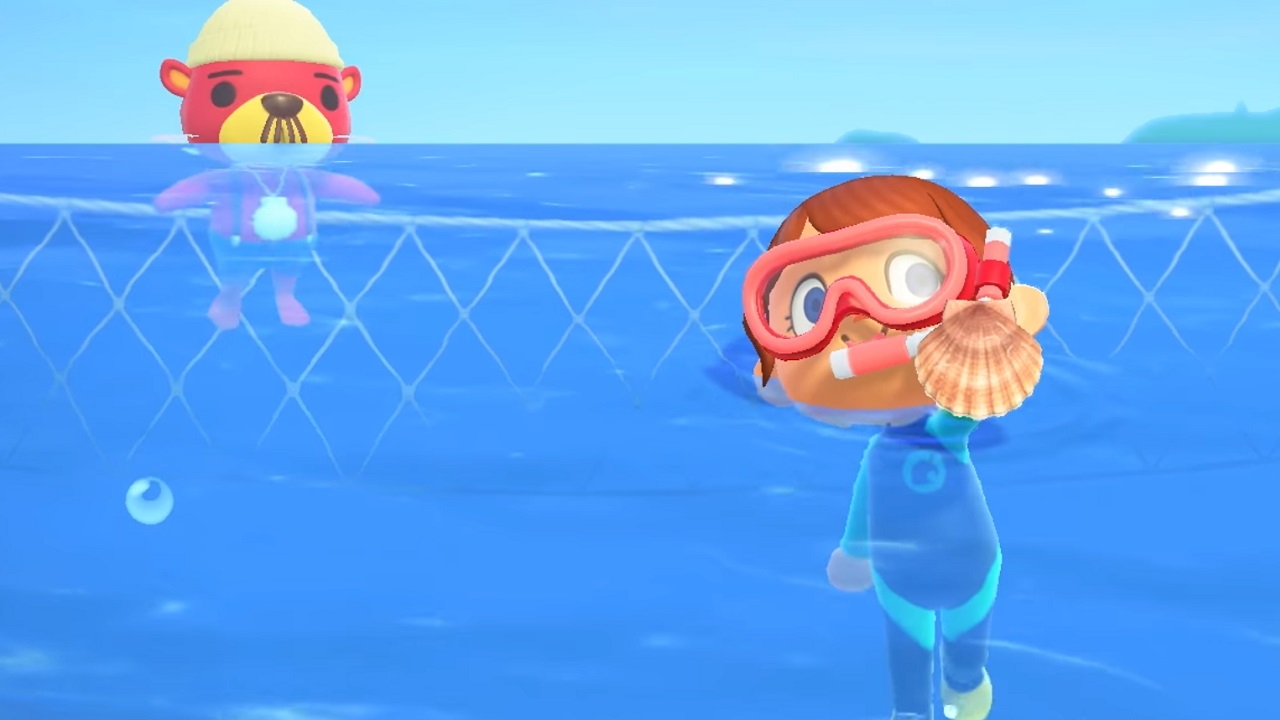 Even if a player in Animal Crossing: New Horizons did run out of things to do, the game has been so forthcoming with updates that there’s something new just about every month. Next month is no different. Nintendo has announced a couple sets of Summer updates, and Wave 1 will bring us all-new swimming mechanics, complete with diving, new items and creatures to discover, and plenty of more fun for free.

Nintendo announced swimming in Animal Crossing: New Horizons Summer Update Wave 1 on the Tom Nook Twitter on June 25, 2020. Starting on July 3, 2020, players will be able to dive into the coastal waters of their island for a swim. On the ocean floor lurks a number of discoveries you can bring back to Blathers at the museum. Your otter friend Pascal could have some interest in them too, leading to new DIY recipes that will allow you to turn a room into an under-the-sea paradise. There are other fun additions too. Gulliver seems to have gotten into a pirate mood and has some new things going on. See for yourself in the trailer below.

[Announcement]
Cool off this summer by diving into the #AnimalCrossing: New Horizons free Summer Update – Wave 1, arriving 7/3! Put on your wet suit to dive & swim in the ocean, and even meet new characters! Stay tuned for info on Wave 2, planned for release in early August. pic.twitter.com/cYd86R7g6D

The July Wave 1 swimming update in Animal Crossing: New Horizons is just the first of the Summer updates on the way for the game. Nintendo also revealed that players can expect another Summer-themed Wave 2 update in early August 2020 to keep the fun going.

The Summer updates are part of a growing list of additions that Animal Crossing: New Horizons has seen added to players’ tropical island getaway. June got a big Wedding Day-themed content addition to kick off the month. Before that in May, Blathers challenged players to a Stamp Rally of historical collection in honor of International Museum Day.

As we wait to see what new wonders await us in Animal Crossing: New Horizons Summer Update Wave 1, get ready for this free update to let you jump into the waters. And be sure to check out our guides and walkthrough for Animal Crossing: New Horizons! We’ll be sure to unravel the new updates secrets and what you can find in the coastal waters of your island soon enough.