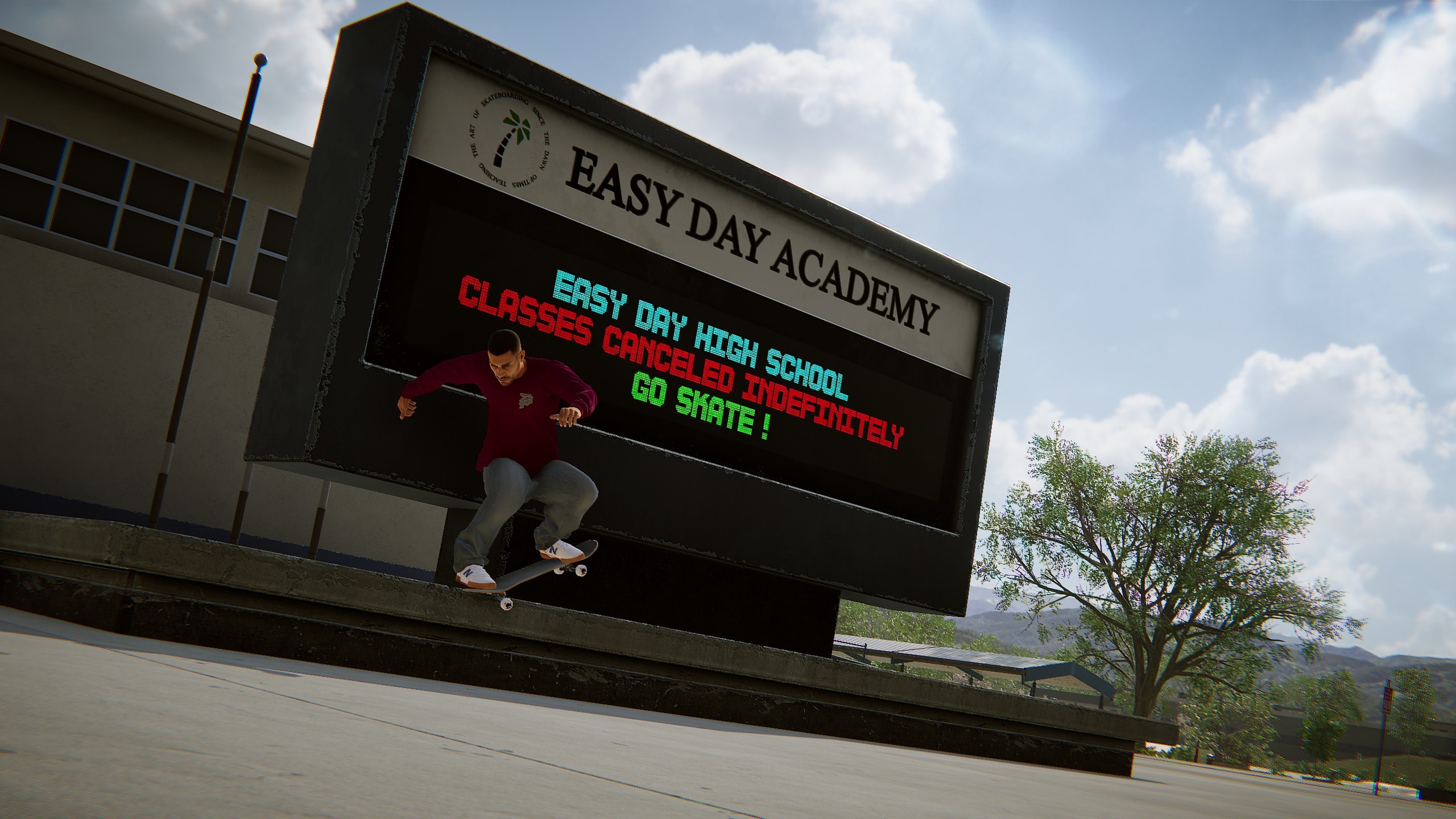 In an effort to fill the skateboarding video game void that lingers in everyone's hearts, Skater XL continues to aim high for its upcoming 1.0 release. To this point, developer Easy Day Studios has been allowing players to do kick flips and grind on rails across a couple of real-world locations. Now the game is adding another map called Easy Day High School, which features some hot spots inspired by real-world skating landmarks.

Easy Day High School is a fictional institution, but its noteworthy hot spots are based on very real locations in the skating world. Players can take their board to the Wallenberg Big 4 along Wallenberg High School, the Clipper Ledge around James Lick Middle School, and the Leap of Faith at Point Loma High School. These locations have been woven into the design of the Easy Day High School map in such a way that players can hit each one quickly, opening the door for some creative skateboarding.

This is not Skater XL's first foray into historical skating landmarks. We had a chance to check out an early preview of Skater XL back in April, where the team at Easy Day introduced its Downtown Los Angeles map, filled with real-world locations and revered skating locations. It's a team that clearly treasures its skateboarding history and lore and continues to sprinkle it into as many aspects of Skater XL as possible.

Even with its recent delay, Skater XL is just weeks away from jumping on its board. It's slated to release on July 28 on PC, PlayStation 4, Xbox One, and Nintendo Switch. But if you really want to get on your board and ride today, it's available right now on Steam Early Access. Just don't expect to see Easy Day High School just yet. That map is set to arrive alongside the game's 1.0 release.