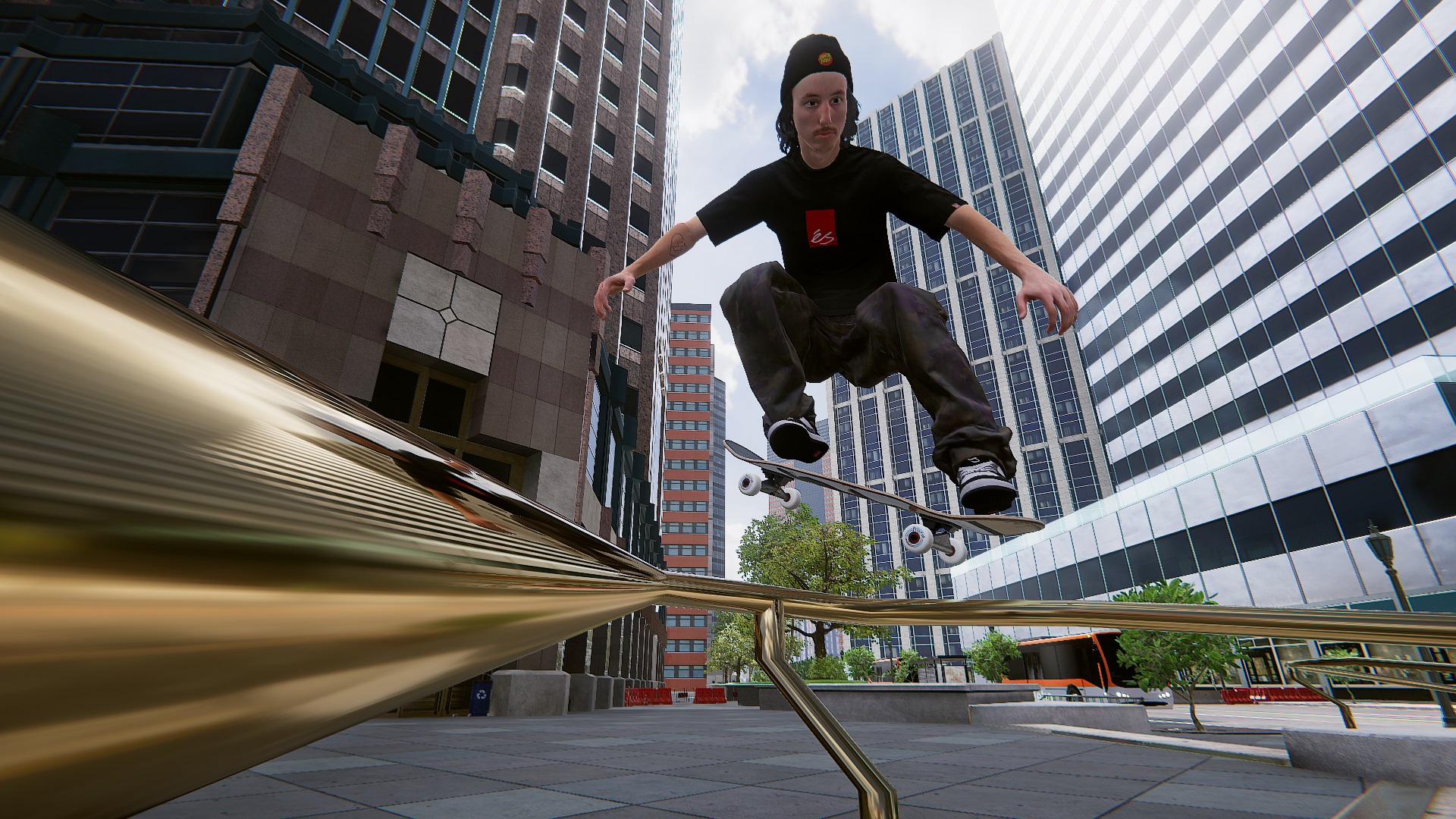 It's no secret that we've missed skating games here at Shacknews. After pretty much every major event, you can always count on us to wonder where the next Skate game is. But while Tony Hawk and Skate don't look like they're coming back anytime soon, if ever, there are always indie gaming developers who think on a similar wavelength. Easy Day Studios has also been excited to bring skateboarding games back to prominence and they're looking to lead the way with Skater XL.

Skater XL touches more on the Skate end of the skateboard gaming spectrum than the Tony Hawk side. Players can play as a standard skater or as a recognizable name in the world of skating, including Evan Smith, Tom Asta, Brandon Westgate, and Tiago Lemos. Pulling off tricks is highly dependent on player input and creativity, with controls tied purely to the analog control sticks. Yes, while Skater XL is currently in Steam Early Access, PC users will need a controller to make the most of it.

Each analog stick is mapped to each foot and tricks are done accordingly. Dragging the right stick down and to the left performs a shuvit, while holding the right stick down while dragging the left stick to the left will performs kickflip, just to name a few examples. The camera is where things start to feel a little different, as it's tied to the D-pad. Easy Day is implementing a friendly tutorial, though the learning curve looks to be fairly short, given how responsive the board physics appear to be. This should make it easy to learn most of the game's tricks, including the power slides and reverts introduced in one of the most recent Early Access updates.

While Skater XL has been in Steam Early Access with a couple of playable courses, Easy Day recently showed a new one to Shacknews. Those who are familiar with the scene around E3 will recognize many of the sights of downtown Los Angeles. Real-world sites are included across the area, including the Los Angeles Convention Center and the Staples Center. Beyond appealing to Los Angeles natives, the area is also one of the top sites for skate culture. In particular, the Convention Center's staircases are famous for amateur and pro skateboarders alike attempting to clear their long distances. Check out a few real-life examples below.

A lot of the surrounding sites are also havens for skate culture. The California One Plaza is fully on display, one of many sites with courtyards, ramps, and grinding rails to practice on.

Skater XL is just a few months from its 1.0 release, which brings the full release to PC, as well as consoles. Easy Day will continue looking to refine the game's formula beyond its launch. More details on the game's post-launch are expected in the months ahead.

There are still a few details we're waiting on before fully jumping aboard the Skater XL train. We're hopeful to see single-player goals beyond skating and practicing. But as far as the real world sites, Easy Day seems to be nailing that front. We're excited to see more of the game, including the new Downtown Los Angeles site. Skater XL is set to release in July on PlayStation 4, Xbox One, and Nintendo Switch. PC players interested in picking it up right now can grab it from Steam Early Access.