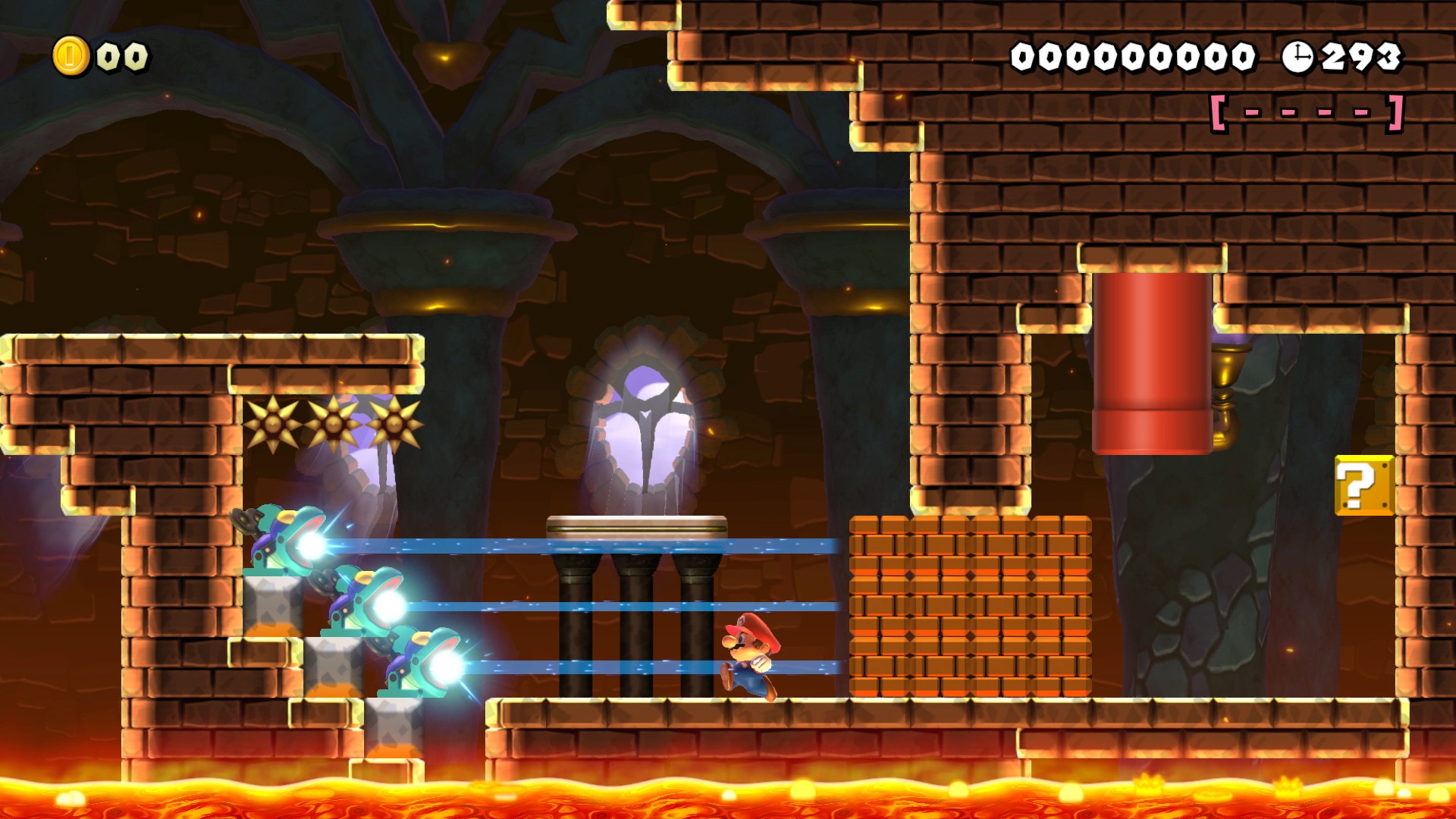 It's been a little over a day since Nintendo released the new Super Mario Maker 2 update. There's so much included, it's hard to cover it all in a simple opening. Let's just say that there are many new level possibilities and a lot of new toys to play with in the neverending sandbox that is Nintendo's level-creation masterpiece.

If you're not looking to make levels, you might be looking for some quality levels to play. So what's a good place to start? Shacknews is here with five great stages to play through, discovered first by the marvelous Super Mario Maker community. Here are some levels that will help you explore the new Super Mario Maker 2 additions, while also offering up some fun and a challenge.

Do you want to get a quick overview of everything added for the Super Mario 3D World side of Super Mario Maker 2 all in a single go? Walkthrough creator BeardBear found this handy stage that utilizes every new wearable piece of gear added with the most recent update. It even offers up some button tutorials where appropriate.

Each room contains something different, like the Goomba Mask, the Propeller Helmet, the Bullet Bill mask, and more. This is as solid an introduction as one will find to the many things that users can add to their Super Mario 3D World levels. This one's both fun and educational and can be enjoyed by Mario players of all stripes.

If you're looking for something tailored to expert players, you'll want to take at David "GrandPOOBear" Hunt's latest offering. He was among those in the Mario Maker community most excited to see the Super Mario Bros. 2 Mushroom, seeing the potential it had to create challenging platforming sections. He especially loved the idea of riding a Banzai Bill, so he made an entire level out of the idea.

Players are challenged to ride the Banzai Bill to victory, making sure to jump off and toss Koopa shells along the way at strategically-placed ON/OFF Switches. Players will need to juggle between the Banzai Bill and a Bullet Bill late into the level to make it to the end of the level. And if that's not enough, they'll have to make sure to grab all the Red Coins along the way.

A great challenge to start and one that begins out of the gate. Watch out for that first jump! Play it now before it gets deleted!

This stage was spotlighted by streamer Ryukahr and focuses on the big addition on the Super Mario World side. It's a P-Balloon stage. So how does one go about making a viable P-Balloon stage? In this stage's case, it's all about riding the P-Balloon to grab red coins and avoid giant Chain Chomps. It's much more challenging than it looks, just because of the wonky physics of the P-Balloon.

All of this culminates with a big fight with Iggy Koopa, who's flanked by several Chain Chomps. Good luck surviving this one.

This one showed up in a recent video from streamer Dave Garrison Rettice (better known as DGR) and serves as a showcase for the Koopalings. This is the first time that Bowser's children underlings have appeared in the classic Super Mario Bros. style and they fit in here like a glove. This is a straightforward boss rush, but each Koopaling is placed into a neatly-designed chamber that provides enough of a Nintendo-like atmosphere that it feels like it's pulled straight out of one of the publisher's old-school efforts.

Enjoy taking down each of the Koopalings and get an idea of what each of them can do. Maybe let this serve as some inspiration before designing your own boss rooms.

Water levels are still a bit of a unicorn, even in the post-3.0 update world. But here's streamer Barbarous King to help add a Frog Mario level that's both fun and requires quite a bit of skill. Completing this level means mastering more than just Frog Mario's swift swimming ability. Players will need to be quick to grab the POW blocks, use P-speed effectively, and watch for the new blue Mechakoopa that fires lasers.

This stage demonstrates what's possible with Frog Mario and with water stages as a whole. Take a swim and check it out!

We're still enjoying the new Super Mario Maker 2 update. Be sure to check out our newest guides to help get your creative juices flowing. And if you have a level you'd like to share, join the comments so that we can see it for ourselves.