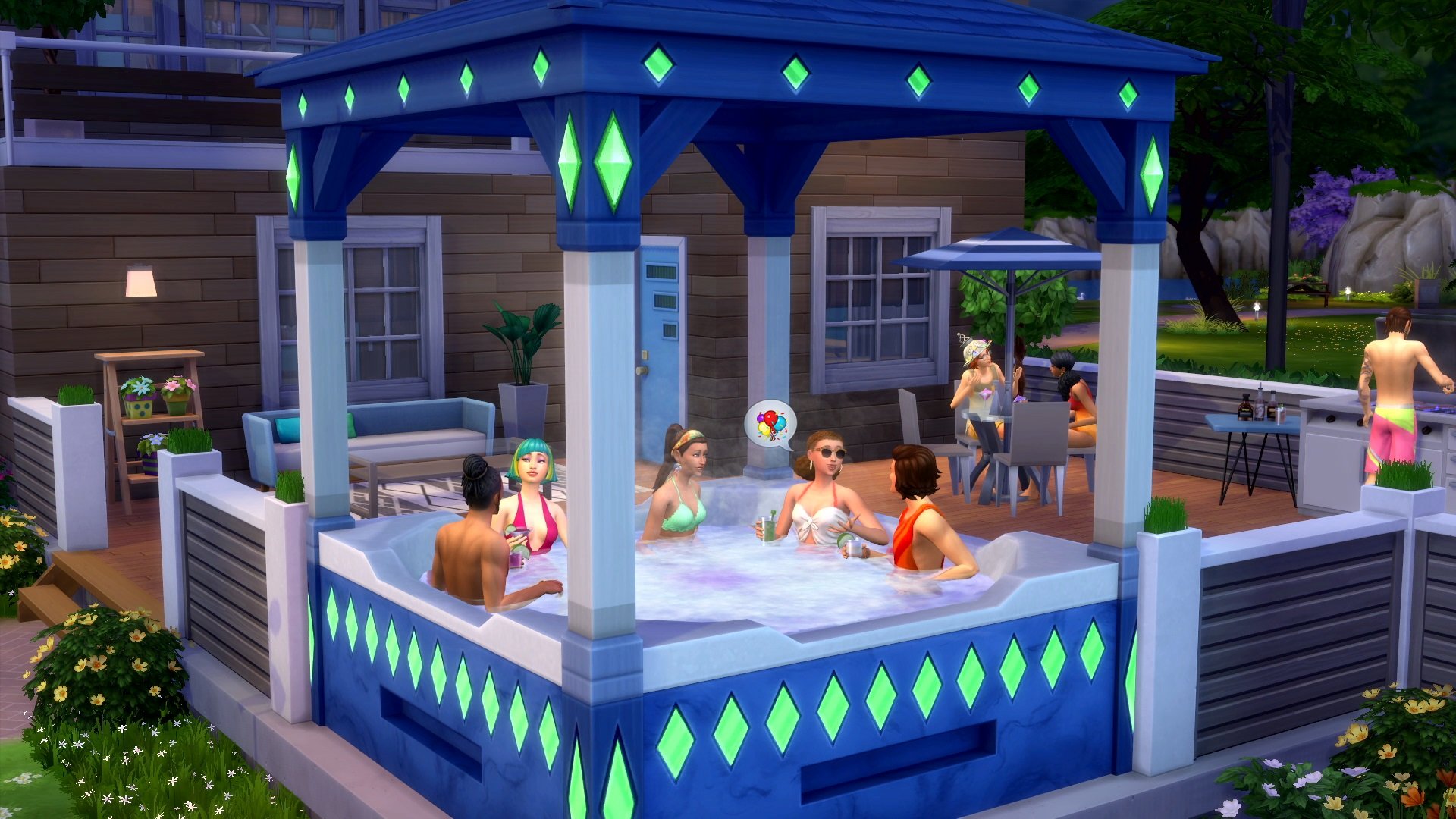 If you've been following our Friday posts for the Weekend PC Download Deals, you may have come across the nugget that The Sims is celebrating its 20th anniversary. And indeed, The Sims first began as a franchise all the way in the year 2000. There's been a lot of quirky living, WooHoo-ing, and all sorts of various Sim-nanigans that have taken place since then across four games. Now EA and Maxis are ready to celebrate the occasion properly by offering a special gift to their players.

There's no better way to throw a party than to use a soothing hot tub. It's a steaming hot party, one that only gets steamier as more people cram themselves in. Now Sims 4 players can try to get their own hot tub party started with the 20th Birthday Hot Tub. This item will be made available for free for all players. It'll be available on all platforms, which should catch the attention of PlayStation 4 owners, in particular. Remember that The Sims 4 is party of the February freebies for PlayStation Plus members.

Maxis also has some fun stats for Sims players looking back at the past 20 years. According to the Sims website, here are some of the numbers that the franchise has hit over the past few decades:

More expansions are definitely in the cards for The Sims 4 in the future, so stay tuned for any further developments. And yes, we'll be sure to keep an eye on the rumors of online Sims play potentially coming down the pipe. Also, be sure to read up on our interview with Sims GM Lindsay Pearson from back in November.