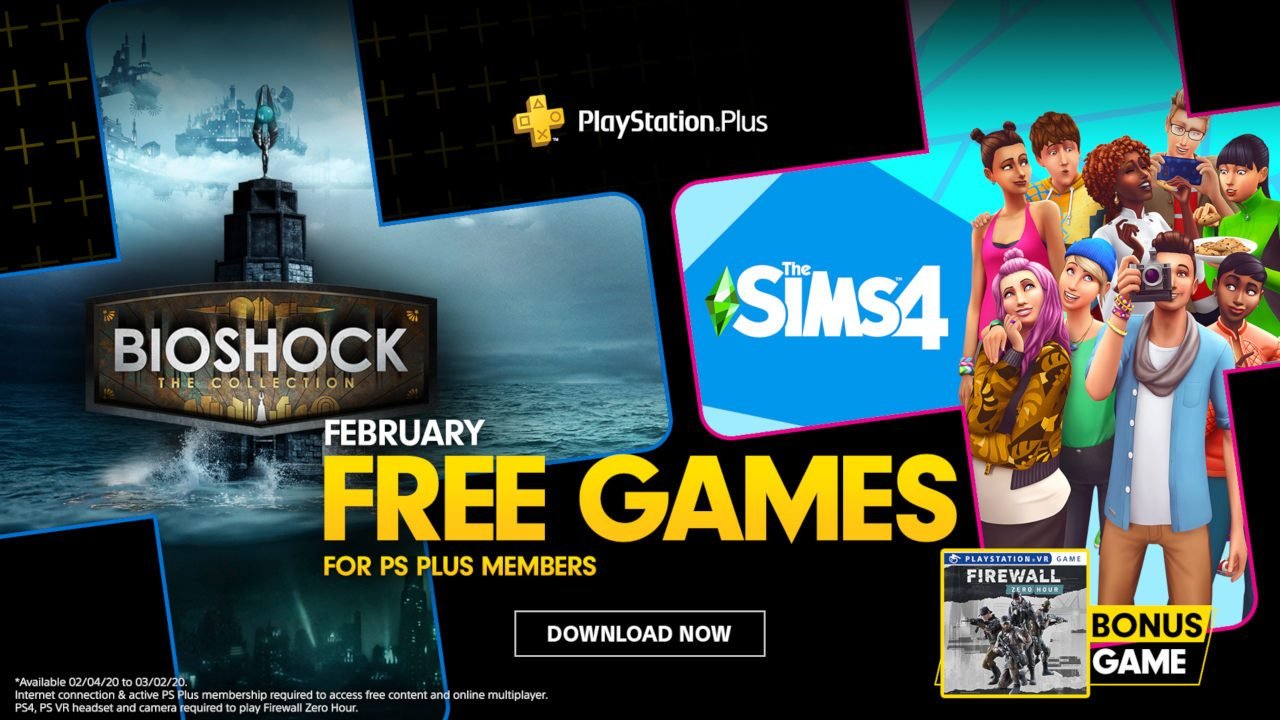 February's PS Plus games include BioShock: The Collection and The Sims4

Ready for the next dose of free games for PlayStation Plus members? Sony's just announced the latest crop of titles, so be ready to add them to your collections.

You can view the official announcement over at the PlayStation Blog, but we've got everything you need to know here. This month, there are some true bangers to pick up that you'll want to make sure you don't miss out on. February is super-sized, with up to five free games you can play through. Headlining the selection is, of course, BioShock: The Collection, which comes packing three games. It comes with BioShock, BioShock 2, and BioShock Infinite.

Meanwhile, The Sims 4 is a massive undertaking all its own. The Sims is a sprawling series that lets you create your own living digital "beings" (Sims, of course) and have them live out their lives as you interfere, er, care for them. Of course, this PlayStation 4 version will be devoid of several of the expansions available for the PC iteration, but there's so much to do in The Sims 4 that you may as well count it for ten different games.

For PlayStation VR fans, Firewall Zero Hour will be up for grabs as well. In this VR adventure, you're charged with seizing or protecting sensitive information from the other team while enjoying a 4v4 tactical shooter. There's a new season of content starting up as well on February 4 that new players can look forward to.

All three games will be up for download from February 4 through March 2. If you missed out on January's games, you'll be able to still get them a few days into the month. Looks like we're getting this year started right, after a lackluster showing for last month, and for that we're excited.