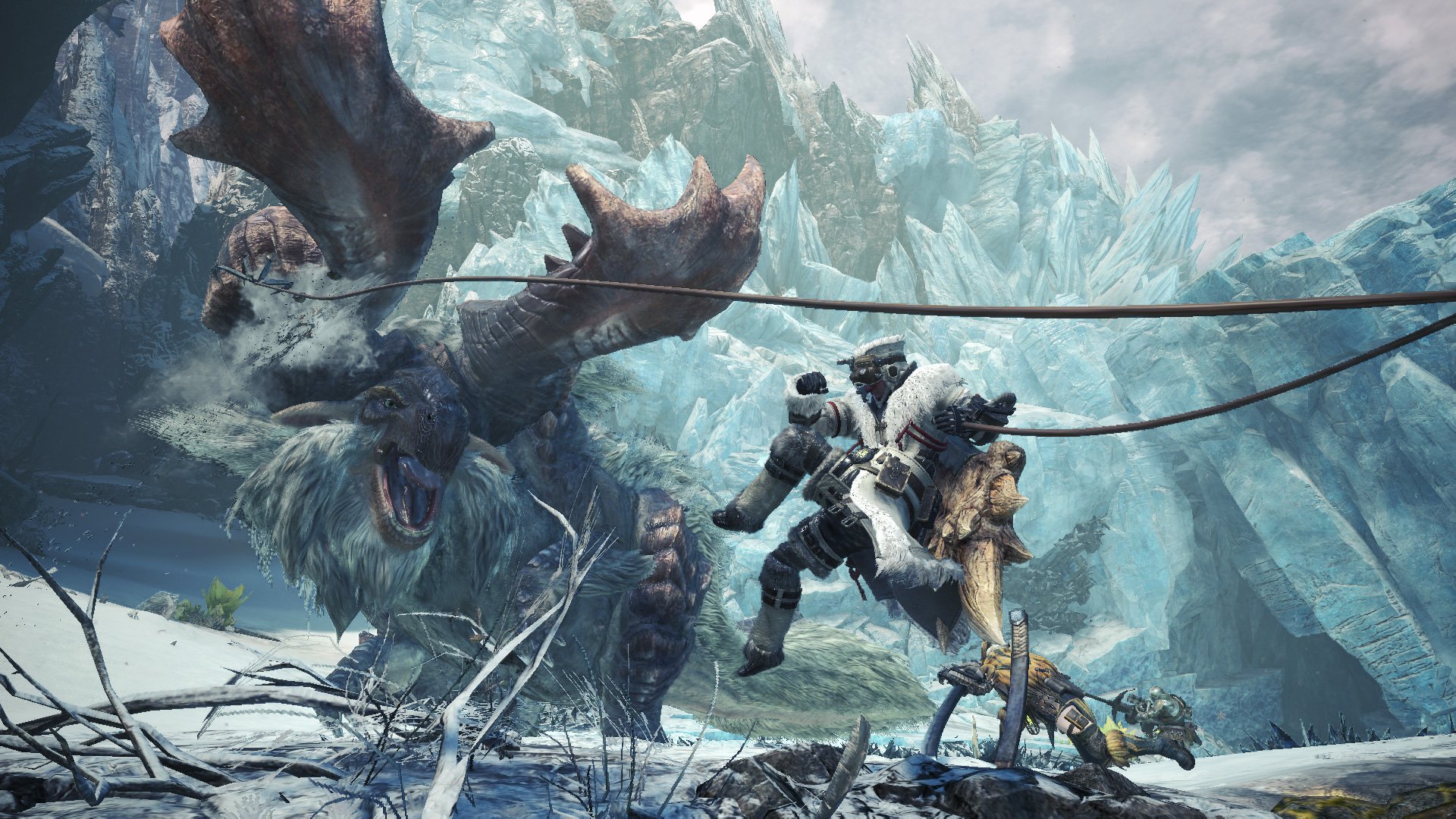 Those who own the PC version of Monster Hunter World are just now getting graced with the long-awaited Iceborne expansion. Less than a week after releasing the expansion on PC, Capcom is getting right back to work on what's next for their creature-hunting spectacular. Over the weekend, the publisher outlined the post-launch roadmap for Iceborne, which includes a timetable for when the console and PC versions of Monster Hunter World should be synced up.

Both the console and PC version of Monster Hunter World: Iceborne will have something to celebrate over the next few weeks. This Friday marks the beginning of Grand Appreciation Fest across all platforms. This special event celebrates Monster Hunter's second anniversary, with Iceborne players able to get festive within the expansion's hub area. Those who only own the base game won't be left out, as they can get together in the Astera Gathering Hub.

From there, the PC version will look to play catch-up with its console counterpart. That includes events where players can engage with Rajang, the Resident Evil tie-in, and more. In the meantime, the console version will get special event quests and 2X variant monster appearances.

All of this will lead to mid-April when the PC and console versions of Iceborne will be synced up. That means all updates from that point forward will release simultaneously on PC, PlayStation 4, and Xbox One. Shortly after that, Capcom is teasing the return of a classic monster during the month of May.

There have been some launch issues for the PC version of Iceborne so far, but it doesn't look like Capcom is letting those problems discourage them from putting together a full-blown schedule of post-release content for its expansion. We'll be sure to monitor the roadmap and the Monster Hunter World: Iceborne website as events get closer. In the meantime, be sure to brush up on the Monster Hunter World walkthrough and guide to help you on your journey.