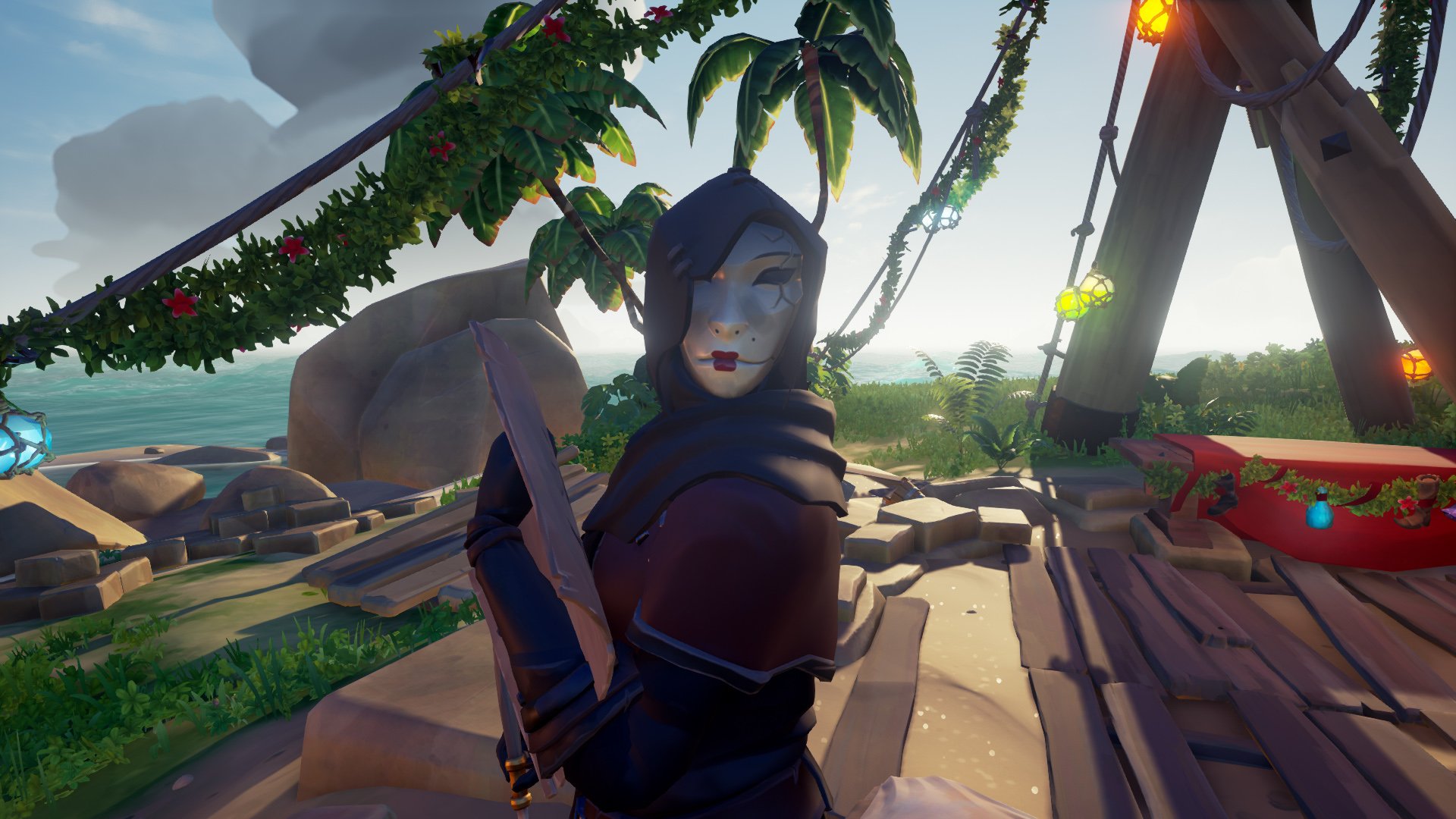 The location of the Masked Stranger is a mystery to many pirates in Sea of Thieves. This new NPC only arrived in the game a little while ago but has made a big impact so far. Players looking to deliver gifts – or even participate in some other events – will need to know where to find the Masked Stranger.

The Masked Stranger’s location in Sea of Thieves is on The Reaper’s Hideout island. This is a previously uncharted island in the middle of the map at I12. Some players may remember this as the island where Merrick’s shipwreck can be found.

As for the exact position of the Masked Stranger on Reaper’s Hideout, she is found on the southeast landmass. This area contains a wooden platform and other structures setup around a central area. During the Festival of Giving, players will need to venture here quite a bit in order to sell Humble Gifts and Generous Gifts.

Reaper’s Hideout isn’t the only place where the Masked Stranger has been spotted. She also took up residence on Castaway Isle, overlooking the construction of the Fort of the Damned before it was unleashed during Halloween of 2019. She was also spotted in Wanda’s workshop in Wanderers Refuge, which has led many people to think she may be Wanda the Skeleton Lord.

Whoever the Masked Stranger is, she’s moved around quite a bit and will likely continue to do so in the future before landing one place to stay, much like Merrick. For now though, there’s only one location where you can find the Masked Stranger, so get to her and start making doubloons while the sun still shines! For more helpful content, check out the Shacknews Sea of Thieves guide and walkthrough.