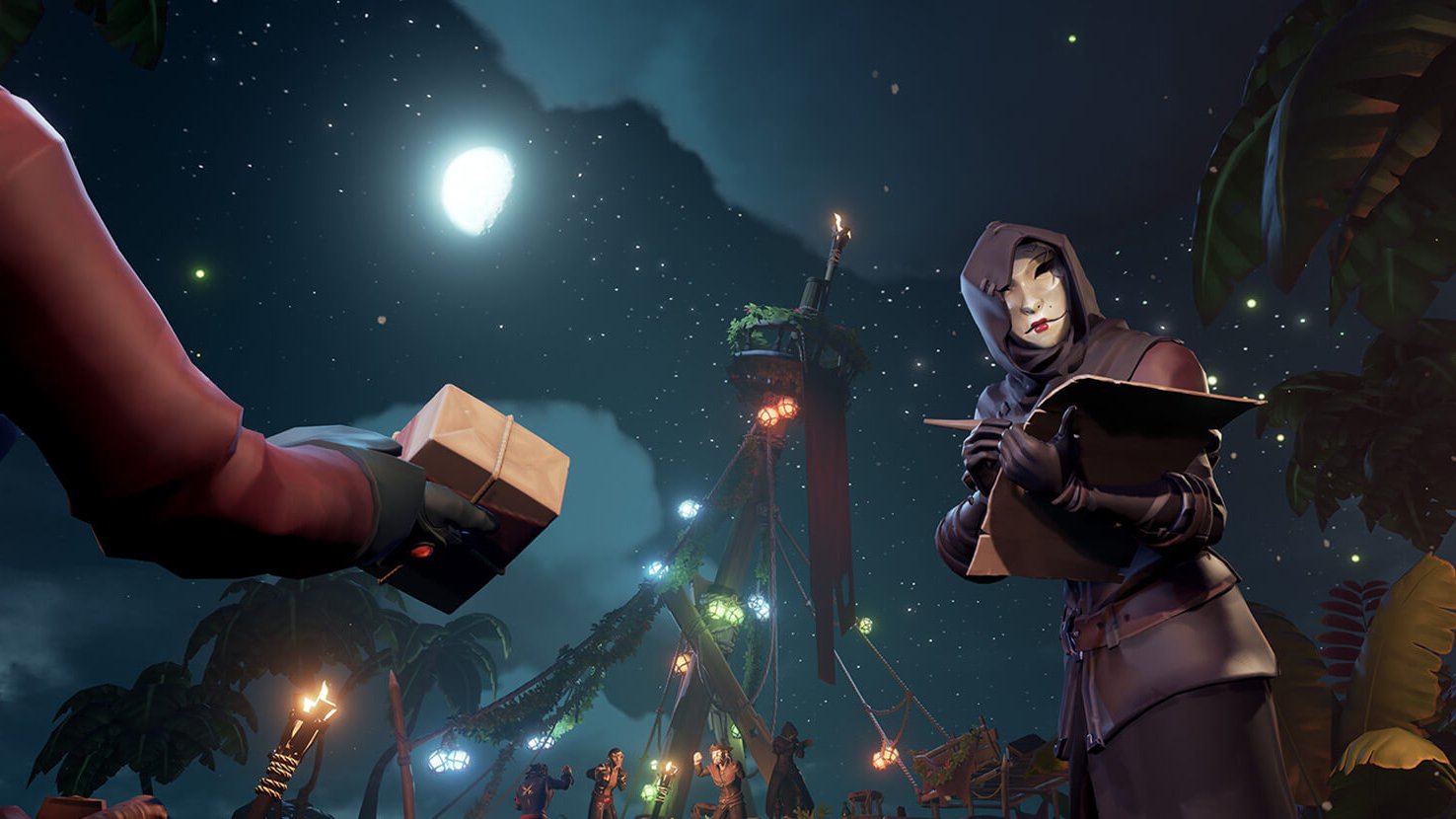 Where to sell gifts in Sea of Thieves

The Festival of Giving ushers in a time of celebration and gift giving to Sea of Thieves. Players can go on voyages to find Humble Gifts and Generous Gifts, which can be sold or given to other pirates. Selling the gifts is simple, but you’ll first need to make it to the right island.

Where to sell Humble and Generous Gifts

Humble Gifts and Generous Gifts can only be sold to the Masked Stranger at the Reaper’s Hideout island. This previously uncharted island has been renamed and can now be seen on the map at the coordinates I12 – right near the middle of the world.

Set sail to the island, which shouldn’t take too long given its close proximity to each of the three original regions. The Reaper’s Hideout is also easy to spot from a distance thanks to the lights on the wooden structure forming a kind of Christmas tree.

Go to the southeast side of the island where the lights are to find the Masked Stranger. Sell the Humble Gifts and Generous Gifts to the stranger to receive 5 and 10 doubloons per gift. You can also give the gifts to another crew to sell if you’re chasing the limited-time commendations.

Given that the Humble and Generous Gifts are part of the Festival of Giving event, there’s a good chance they may disappear after the event ends. If the gifts do stick around, you may need to sell them to another vendor. We’ll be sure to update this guide if anything changes.

Now that you know where to sell Humble Gifts and Generous Gifts in Sea of Thieves, you can start making a lot of doubloons! Consider also forming an alliance with another crew so you can unlock as many commendations as possible. With that out of the way, check out the Sea of Thieves guide and walkthrough page for a collection of pirate tips.