Where to Find Merrick in Sea of Thieves

After a long hiatus, Merrick is back and ready for you to find him on the Sea of Thieves. It's been a long time since he first appeared in The Hungering Deep, and now he's got more to offer than just a drum. Finding Merrick and learning his location is important for those who want to see the chap they've not seen in a very long time.

Where to Find Merrick

Finding Merrick is a simple task, as he only resides in one location: Stephen's Spoils in the Ancient Isles. This is one of the many little seaposts added with the Forsaken Shores. These seaposts used to only have a vendor that sold a random assortment of items, but now with the Anniversary Update, members of the Hunter's Call have set up shop.

Merrick can be found at the end of the pier, standing there in all his glory. He's still missing his two legs, and one of his arms, but that won't stop him from accepting your fish, meat, and mermaid statue gems. Be sure to look over our fishing guide so you're up to speed on Sea of Thieves' latest and greatest mechanic. 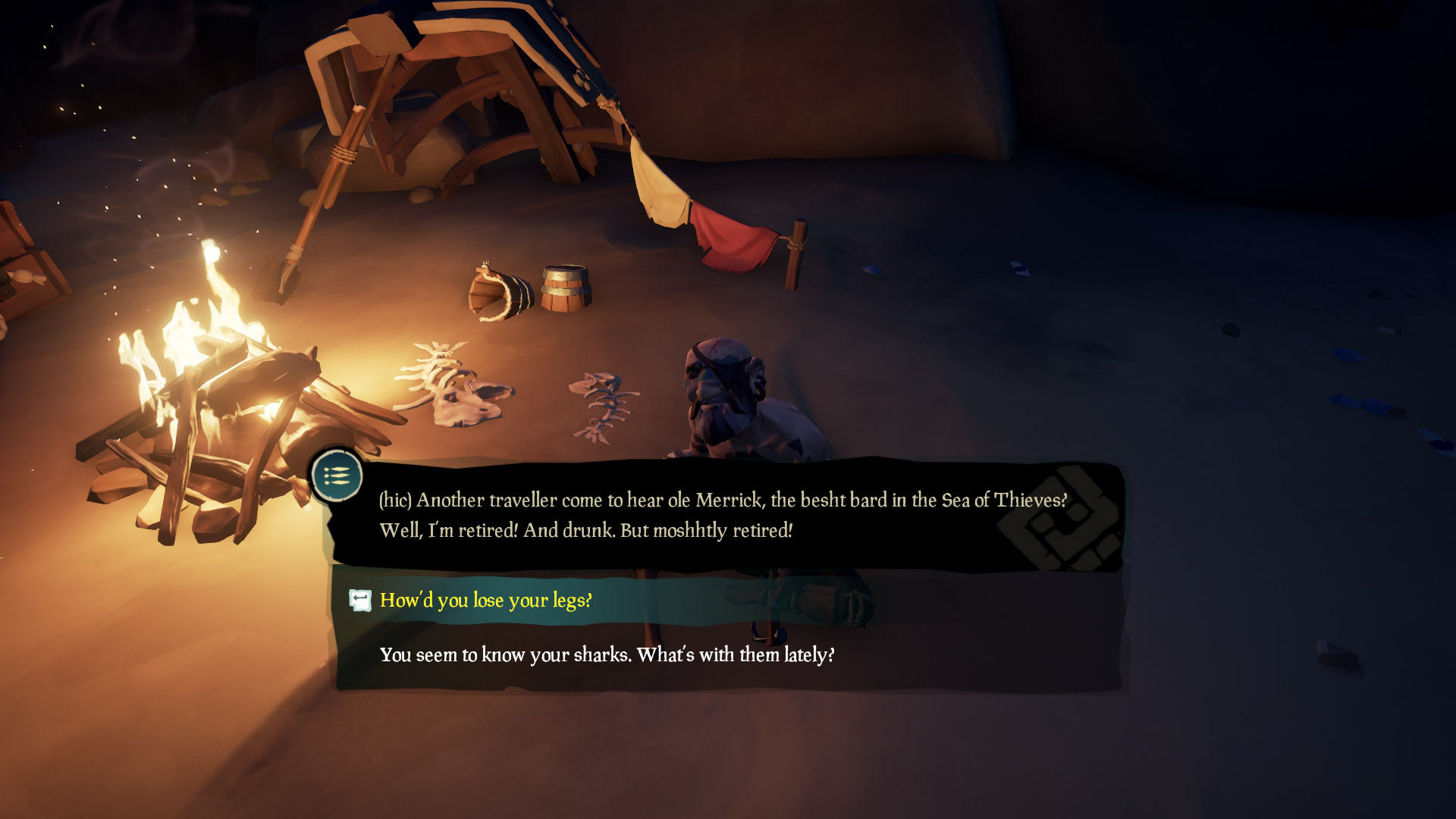 Previously, Merrick didn't have much to say, as he was a bit tiddled. Even when you did manage to sober him up, all he wanted to talk about was hunting the Megalodon. Now though, Merrick is more than happy to tell you about his life, his wife, and the rest of his extended family (who are also found at the many seaposts around the Sea of Thieves). Merrick also acts as a vendor, offering promotions when you rank up, as well as a full set of items unique to the Hunter's Call, The Killer Whale set.

Now that the Anniversary Update is here, you can go and find Merrick whenever you want. Unless something drastic happens to the Sea of Thieves, Merrick should hopefully stay in the one location for good! Check out the Shacknews Sea of Thieves Guide for more helpful pirating tips and tricks.