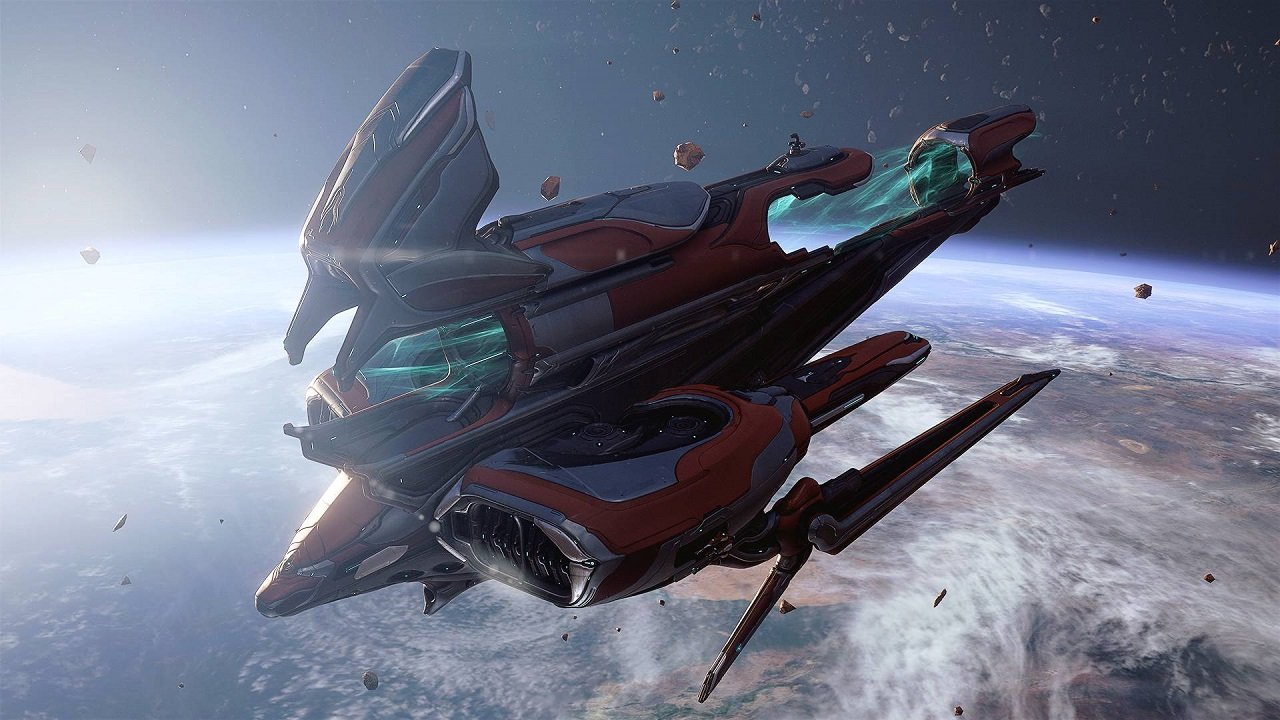 The new generation of Warframe is upon us with Empyrean. With it, players on PC have been able to put together spaceships (known as Railjacks) and engage in up to four-player co-op space battles against the Grineer forces out in the big black void. Now, console players can join in on the action. The space combat update for Warframe Empyrean has launched on PlayStation 4 and Xbox One.

Warframe Empyrean was initially launched on PC on December 12, 2019 following publisher Digital Extremes’ announcement of the big update at The Game Awards 2019. The update has allowed players to craft their space-farring vessel and take the fight into the skies alongside others in 1-4 player cooperative space combat against foes. On December 18, 2019, updates were launched for Xbox One and PS4, allowing them to join in on the action as well. You can catch the launch trailer for Warframe Empyrean and its space combat below.

Space combat is just the start of a number of promises and answers Digital Extremes intends to deliver on in a new generation of Warframe. The Railjack offers an incredible new way to play the game. On the ship, everyone plays a part, from pilot to gunner to engineer, to ensure survival among the stars. You can customize a good portion of your own Railjack to suit your own needs. The ship features multiple hardpoints for different weapons, as well as customizable active and passive abilities to be earned and equipped as you will. You’ll discover more pieces for your ship via salvage quests across the Origin System.

With Warframe Empyrean now launched across PC, Xbox One, and PlayStation 4, and coming to Switch sometime in 2020, it’s time to fight in an all-new way. Need some help getting your Railjack ready for battle? Be sure to check out our guide on how to build your Railjack in Warframe Empyrean, as well as further tips and walkthroughs in our Warframe guide hub.