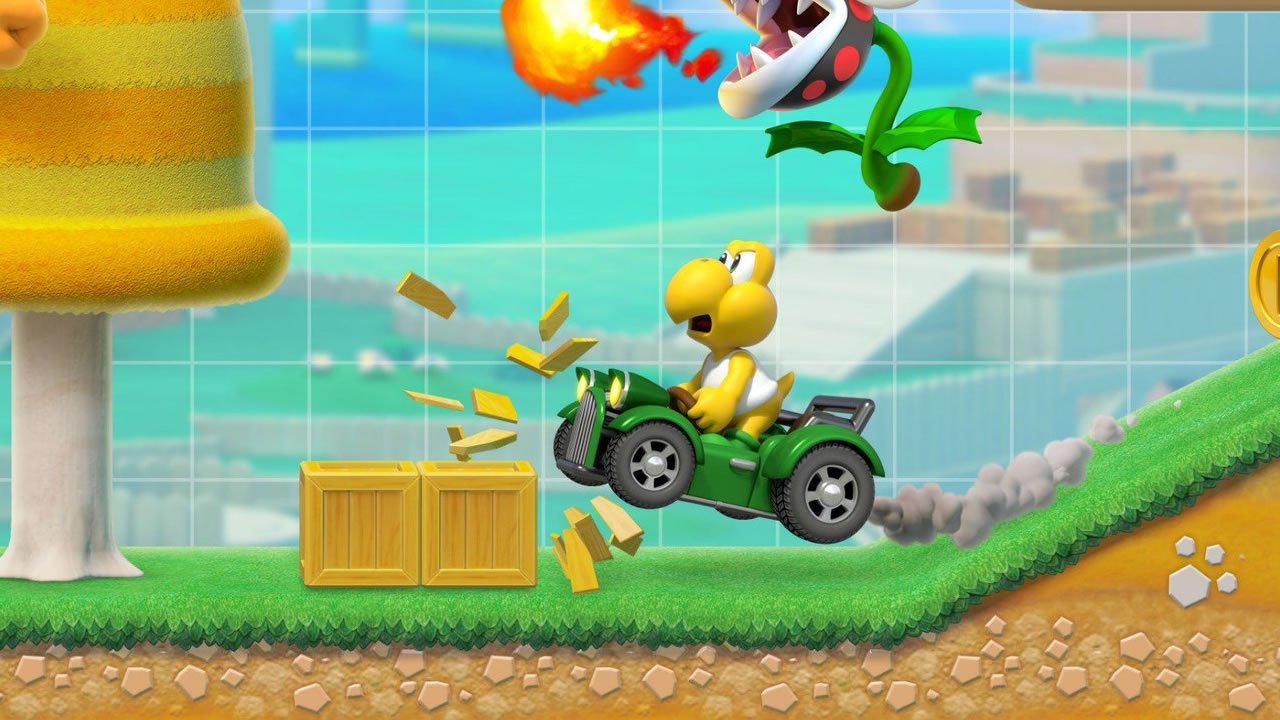 Ever wanted to zoom around the Mushroom Kingdom in a specially themed car, but the action of Mario Kart doesn't exactly suit your fancy? Good news! Vehicles are now a part of the Super Mario Maker equation, as the recent May 15 Nintendo Direct presentation showcased the new Koopa Troopa Car players will find in Super Mario Maker 2.

Given the huge swathe of options available in the new release, perhaps we shouldn't be too surprised about a car being finally added to Super Mario Maker 2. That said, we can't help but think it's awesome. Being able to create custom levels — complete with slopes, another new addition in SMM2 — and then zoom around within them in a comically large Koopa-themed car just sounds like too much fun.

Of course, the new Koopa Troopa Car is far from the only new addition. Players will be particularly pleased to learn that Super Mario Maker 2 includes multiplayer support. Both co-op and online versus multiplayer modes are available, and two players can even jump into a session and take part in a bit of two-player level building. Things are always more fun with a friend, and co-op creation should help players not only flex their creativity, but help teach others some of the nuances of proper design.

Clear pipes, Mario 3D World, Track Blocks, Piranha Creepers, and even Cat Mario are among the many new features offered in Nintendo's latest Mario Maker release. To learn more about the other features Nintendo Switch fans can expect to find in the newest Nintendo release, be sure to stop by Shacknews' Super Mario Maker 2 home page, featuring all the biggest highlights from the May 15 Nintendo Direct live stream presentation.