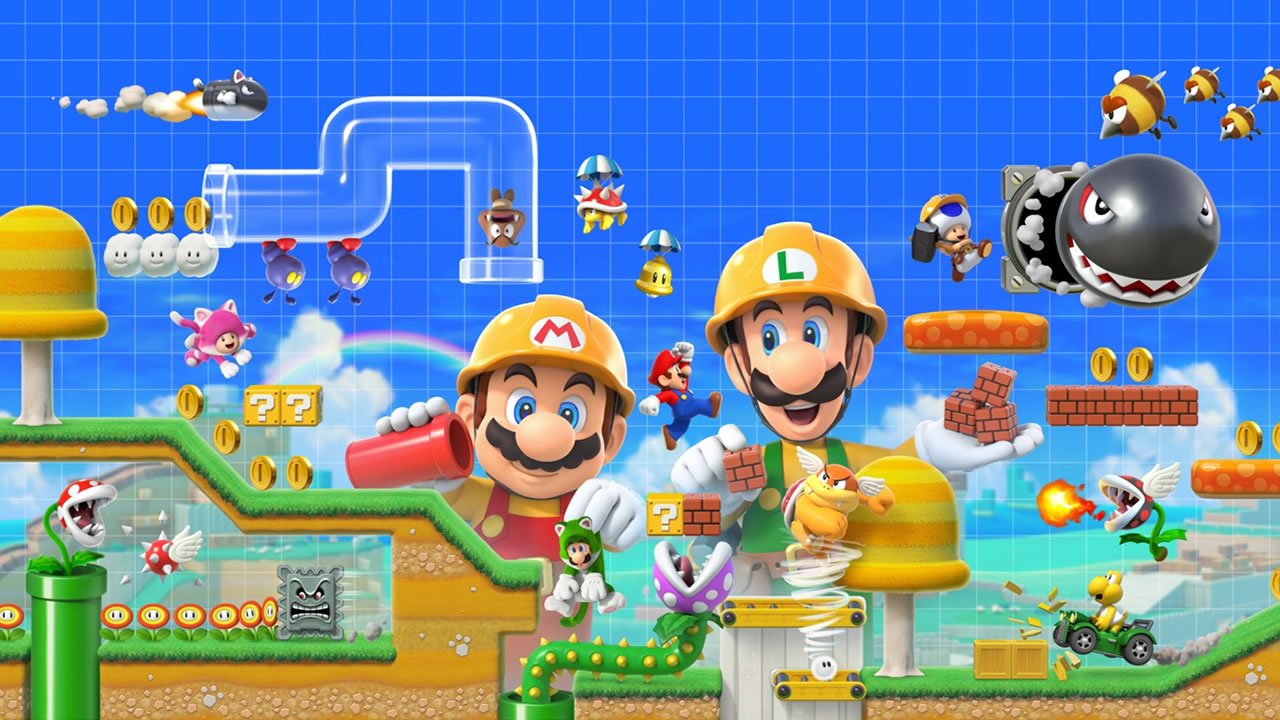 Super Mario Maker was a huge hit for Nintendo, as players couldn't get enough custom level creation action. We can rather safely assume the same will be true for Super Mario Maker 2, which builds on the foundation laid by the original game by adding several new features, most notably the option for multiplayer gameplay, including two-player co-op level creation.

As revealed in the May 15, 2019 Nintendo Direct live stream presentation, Super Mario Maker 2 will include options for both four-player multiplayer versus play as well as two-player cooperative level building. While co-op building might seem like a minor addition, having an extra couple of players in the mix can drastically change the creation experience.

Enjoy multiplayer locally, or with players from around the world in #SuperMarioMaker2!

It's almost always the case that two minds are better than one, but in the case of actually accomplishing a task, the saying goes, "many hands make for light work." That's not to say that level creation in Super Mario Maker was ever particularly difficult, but in case it was, the new game allows two players to jump into the level editor together, where one player can show the other the ropes.

The group fun doesn't end there: Super Mario Maker 2 will also include online multiplayer four up to four players. Coupled together with the game's many level creation options, players can put together massive sprawling levels full of danger or even throw down a race track and watch as inhabitants of the Mushroom Kingdom make a mad dash for the finish line. The system apparently works as both co-op and versus, meaning creators can entice others to work together or force them to dominate their opponents.

Co-op level building and multiplayer gameplay are fantastic additions to the Super Mario Maker formula, and we can't wait to see how creators put those new tools to use. Be sure to stay frosty on other news and reveals for Nintendo's latest custom-creation experience by stopping by Shacknews' Super Mario Maker 2 home page.