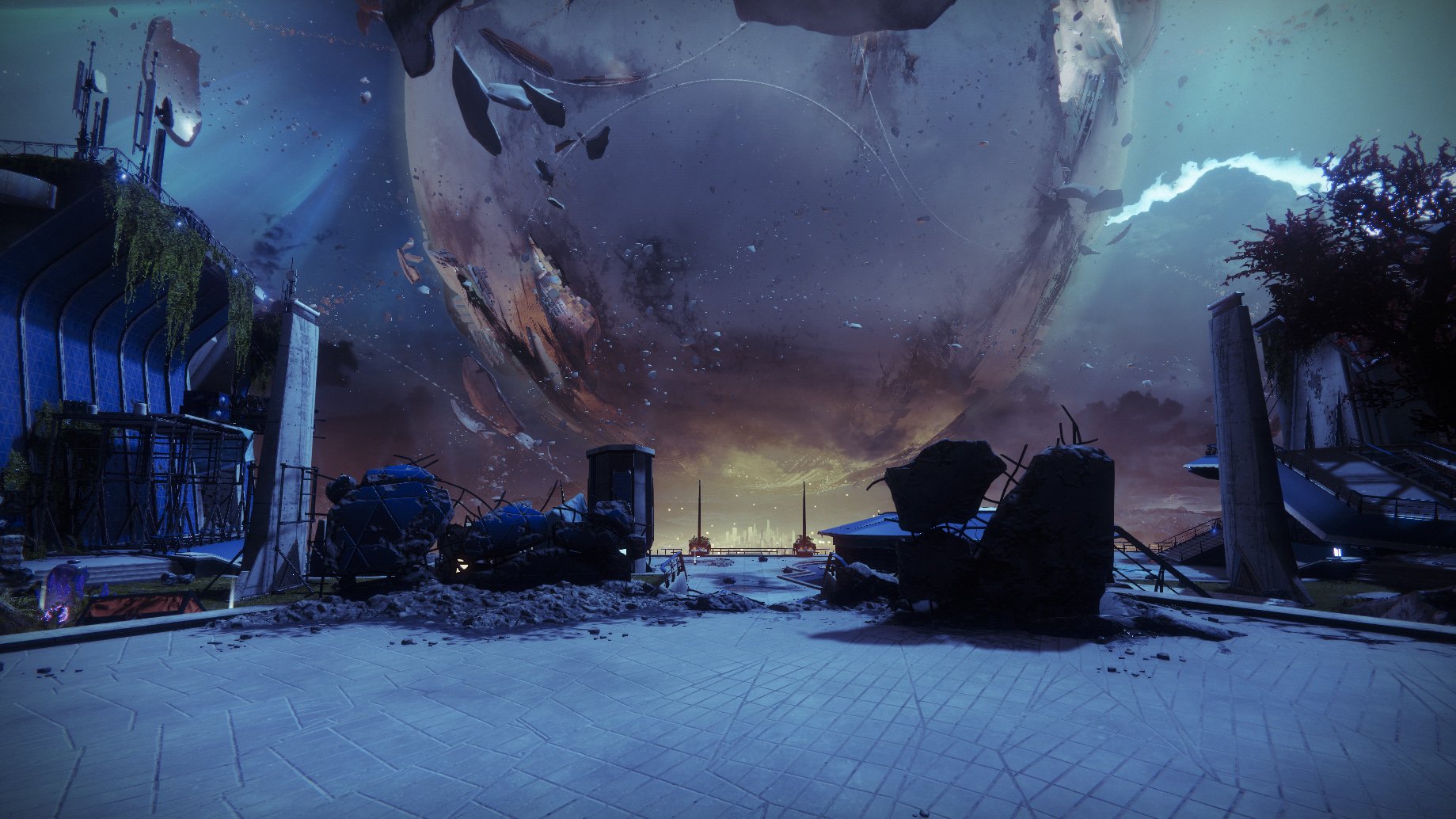 Zero Hour in Destiny 2 is the last step between you and Outbreak Perfected. Those familiar with The Whisper, or even Destiny’s Lost to Light, will know the level of difficulty to expect. This is an extremely challenging mission involving 690 Power enemies and a 20 minute time limit. Beating Zero Hour is no easy feat, but it’s definitely possible with the right setup.

Before you can attempt Zero Hour, you must first begin the Outbreak Perfected questline. This quest is short compared to how players needed to acquire this weapon in the original Destiny. As for the Zero Hour mission itself, chances are you and your team will need a few attempts to complete it. While Power and skill are important, patience and teamwork is just as critical.

Though any type of character can potentially clear Zero Hour, those looking for any extra help would be wise to enter with the right classes. A Sunbreaker Titan is able to make short work of most high-ranking enemies thanks to Hammer Strike while a Gunslinger Hunter can use Golden Gun or Blade Barrage to great effect. As for Warlock, the Dawnblade’s Attunement of Flame is ideal for add-clear while Well of Radiance is excellent for increased damage against the boss.

As for weapons, I cannot stress this enough, Whisper of the Worm is essential. There are dozens of yellow health bar enemies and even a few Spider tanks, and all of them have a lot of health. With Whisper, you can basically breeze through these encounters with ease. Keep in mind, it is absolutely essential you have ammo for the final room.

While it’s not critical, having each player using a different elemental secondary will help a lot. There are a whole lot of shields and it’s important to take all the enemies down quickly. If it’s a high Power level, and doesn’t prevent you from using Whisper, it is good enough for Zero Hour.

Zero Hour is launched via the Farm on the EDZ. Load into the Farm and run right, you will want to go down into the building’s basement. Hiding at the back is a Captain, Mithrax, whom you saved at the end of the Enemy of my Enemy mission on Titan. Interact with Mithrax to start Zero Hour.

As soon as you land, begin running through the doors and go through the vent on the right. When out in the open, stay back and use the left side of the wall for cover. Whittle down the Shanks and the Captains using the correct elements and aim to have this area with 19 minutes on the clock.

Go through the hallway into the main area of the Tower. Here you will need to dispatch three Heavy Shanks, several Arc-shielded Shanks, a scattering of Sniper Shanks up high, and some Vandals. Use the stairs and the little hut near where you entered as cover. Aim to have this completed with 17 minutes or more on the clock.

Across from where you entered is the pathway leading to the Hangar.

Focus on taking out the snipers on the walkways over the Hangar while another player uses their super to clear the enemies on the left. Ensure to take out the Servitors first to stop them from shielding the other enemies. With the upper level clear, shift to killing the enemies down below. This is where you will encounter the first Spider tank. Use Whisper to take it down quickly.

Run up the stairs behind the Spider tank and clear the group of Vandals and the Captain. Continue through the halls, killing all the enemies in your path.

You will exit the hallways into a large outdoor area where the floor has been destroyed. Jump across to the walkway with the letter M painted on the wall. Slide under the roller door and drop down the elevator shaft. Crouch through the vent and drop down into the next area where a large plane is sitting on the ground. Go under the nose of the plane to find a tunnel leading to the next section.

Go under the plane, through the tunnel, and run down the hallway. Jump up into the next room and immediately turn left – there is a grate covering a vent behind some boxes. Shoot the vent open and slide through. Follow the vent and take your first right, shoot through the next grate, drop down and enter the vent immediately below you.

Follow this walkway to the Tower’s wall and jump out to the hanging object. At this point, either work your way down the wall, jumping from outcropping to outcropping or perform the following “tricky” jump. As you land on the hanging object, immediately face the wall and run off the edge. As you fall hold forward and as you pass the lip, jump toward the catwalk. Pull the lever to activate the outcropping for others to jump down to. This shortcut will save several seconds, if not minutes.

Walk up the stairs and look up at the roof to find another catwalk above you. Look up again to spot an open vent. Jump into the vent and follow the path into another elevator shaft. Climb the sides of the shaft to the top and then shoot the grates off the vent. The correct vent will hook to the left, the other is a deadend.

At the vertical fan section, you must drop down the sides of the ventilation shaft. The sides will have red lights and provide just enough room to slip by the fans. Stand on the center of the fans to avoid being chopped up.

Shoot off the grate and go into the next area which is a slanted and extremely long corridor. You must jump onto the white ledges that run along the wall. Make your way to the back of the room, jump down the slope and pull the lever to activate more jumping platforms for your team.

Go through the vents to enter the next area, Ventilation.

As you drop down into Ventilation, you will be facing a window with a monitor on your left. Go to the right to find a vent to crawl through. To continue, you must activate four levers in the maze below. Two levers are along the left side and two are along the right. They are found by following the main path and then going down a little side “alleyway”. Split your party left and right to cover more ground.

There is a patrolling robot that screams through the “maze”. It will kill you in one hit, so don’t get hit. You can avoid it by hiding in the little side vents that you must crouch to enter or by slipping down one of the side areas where a lever can be found.

Each lever that is pulled will activate electrical fields. These barriers will shock you on contact and will flicker on and off every few seconds. Wait for them to disappear and then continue around the maze to the exit. The exit is directly opposite where you dropped in and can be found by following the exit signs.

Passing through the exit door will reveal a room with four elevators. Jump on the platforms and activate them to start a bumpy trip to the top. As the elevator gets close to the walkway, jump onto the catwalk as soon as possible. These elevators are prone to simply dropping all the way back down to the bottom.

Once at the top, shoot off the grate and slide down to the next area. Go through the door at the bottom and crouch through the vent found at the top of the stairs.

Drop down into the Vault and turn around. Look for the Cryptarch symbol next to some pipes on a wall. Approach the symbol or run into it to make the wall swing open, revealing a hidden vault.

Run across the room to the pedestal at the back and then turn right. Enter this side room and drop down the hole in the floor. Run straight through the next area, up the stairs, around the corner, and jump up to the hole. You now be in the Tower Ruins.

The Tower Ruins is where you will fight the final boss, Siriks, Loyal to Eramis. This fight is straightforward as there are no tricks or mechanics. However, there are three major Servitors that spawn throughout the fight, two Spider tanks, dozens of shielded-Shanks, and several Dregs and Vandals. If you’re Power level isn’t at or near 700, you’re going to have a tough time staying alive. Ideally, you’ll be reaching this room with 9 or more minutes on the clock.

The vent will drop you straight into the middle of the room, you should immediately retreat to the rear. Stay as far away from Siriks and the other enemies as you can. Being at the rear means you are out of the range of most enemies in the beginning. Use this moment to land as many Whisper of the Worm shots as you can.

After Siriks takes some damage, a major Servitor will spawn, along with a handful of Shanks. Defeating the Servitor will be important, as it can very easily protect Siriks if he gets close. Two more of these major Servitors will enter the fight as Siriks loses more health.

A shift in the fight will occur once the second Servitor dies. Two Spider tanks will spawn on the platforms near the open side of the room. Whisper of the Worm makes quick work of these two enemies.

Continue damaging Siriks during all of this. If you are able to stay in the back room, you should be able to ignore the majority of the Shanks. The only time you will need to leave the room is when a Servitor spawns or if Siriks teleports there.

When Siriks dies, the fight is not over. The mission will only complete once everything is dead. However, once Siriks dies, no other enemies join the fight, making it much easier to eke out safe areas and control the room.

Once Siriks and all the enemies are defeated, the Zero Hour mission will complete and you will have unlocked Outbreak Perfected in Destiny 2. For more helpful articles, check out the Shacknews Destiny 2 complete strategy guide!