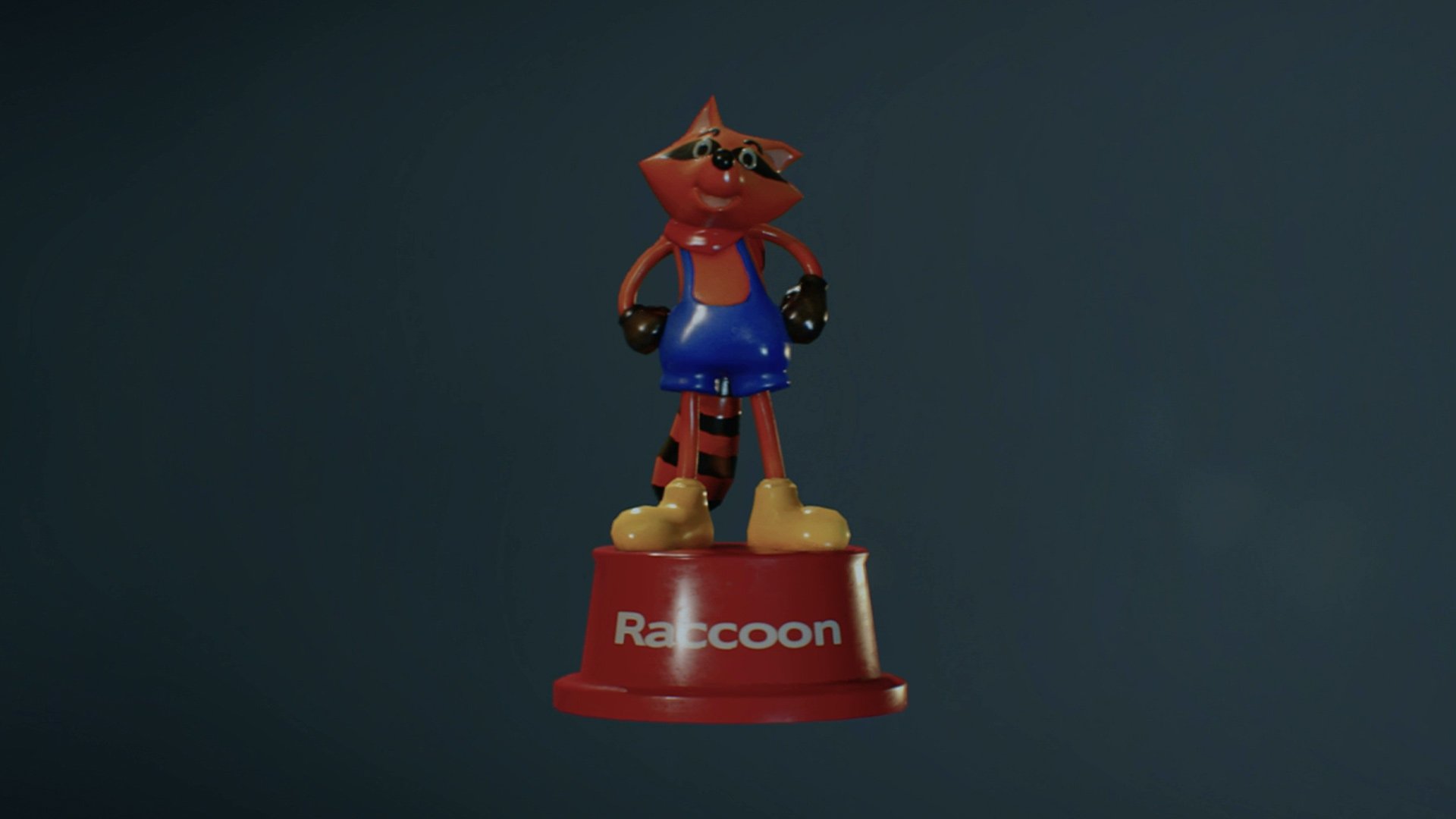 There’s more to collect in the Resident Evil 2 remake than just guns and hip pouches, there are also Mr. Raccoon figurines to find and destroy! With 15 Mr. Raccoons to find across the four different campaigns, there are a lot of potential hiding places.

Successfully finding and destroying all 15 Mr. Raccoons will unlock the Vermin Extermination record, but most importantly, the Infinite Bonus Weapon: Combat Knife. For a complete list of weapons, check out the guns and attachment locations guide.

The first Mr Raccoon can be found in the West Office, on a shelf stacked with cardboard boxes.

To find this Mr Raccoon figure, head to the S.T.A.R.S. Office on the second floor of the police station. Look in the lower right corner of the office behind a computer monitor and cardboard box.

Another Mr Raccoon can be found in the firing range below the police station. Either stand at the shooter’s mark or go through the door into the actual range to spot the Mr Raccoon figure below a target.

To find this Mr Raccoon, head to the Break Room and look at the foot of the bunk bed, the figure will be behind the bag on the ground.

This Mr Raccoon is found outside the Chief’s Office by the stairwell on the second floor (2F) of the police station. From the Art Room, head down the hallway toward the stairs, the Mr Raccoon will be sitting on a little table.

To find this Mr Raccoon, players will need to have access to the Clock Tower in the police station. The raccoon figurine is in the hallway that runs along the back of the West Storage Room that is only accessible through the Clock Tower. The end of the hall is block with junk and the Mr Raccoon is on the windowsill.

To find this Mr Raccoon, head into the Cafeteria in the Laboratory and go through the maze of tables and chairs. At the back of the room is a ladder, the Mr Raccoon is on a table beside the ladder.

To find this Mr Raccoon, gain access to the Signal Modulator in the Laboratory. Take it back to the Nap Room in the north section and use it to open the sleeper chambers. The Mr Raccoon is in the same sleeper chamber as a hip pouch, check the little shelf.

This Mr Raccoon is located just before the Supplies Storage Room in the Sewers, tucked in the corner behind a stack of cardboard boxes.

Another Mr Raccoon can be found immediately after escaping the giant crocodile in the sewer. After the body flops down, look on the side of the sewer opposite the ladder that Ada lowers to spot the Mr Raccoon.

Another Mr Raccoon can be found in the Incinerator Room, specifically when playing as Ada in Leon’s campaign. Look to the side of the incinerator to spot the Mr Raccoon near a large bag.

To find this Mr Raccoon, head to the third floor of the police station and into the East Storage Room. Use the heart key to enter the little room at the back with the mannequins and the shelves of boxes, look on the top shelf to find the Mr Raccoon figure.

Another Mr Raccoon can be found during Claire’s run of the police station, shortly after fleeing the parking lot. Run through the city until reaching the area with the dogs. Look for the bus that must be climbed through in order to progress, the Mr Raccoon is on the windshield near the steering wheel.

This Mr Raccoon is located in the Orphanage, in the upper level with the cots, beds, and play equipment. It can be first spotted when playing as Sherry, though only Claire will be able to destroy it.

The final Mr Raccoon is only available during the Scenario B (2nd story) of Resident Evil 2. At the beginning near the Entrance on 1F, turn right and head down the stairs. Look for the Mr Raccoon in the garden bed beside a vase and hose.

After finding all 15 Mr Raccoon figures, the Vermin Extermination Achievement/Trophy will unlock and you’ll earn the Infinite Combat Knife weapon! Be sure to check out the Shacknews Resident Evil 2 guide for other walkthroughs and item locations.

How to get Exodus-Focused Umbral Engrams - Destiny 2

What time does the Steam Summer Sale 2020 end?
Login / Register