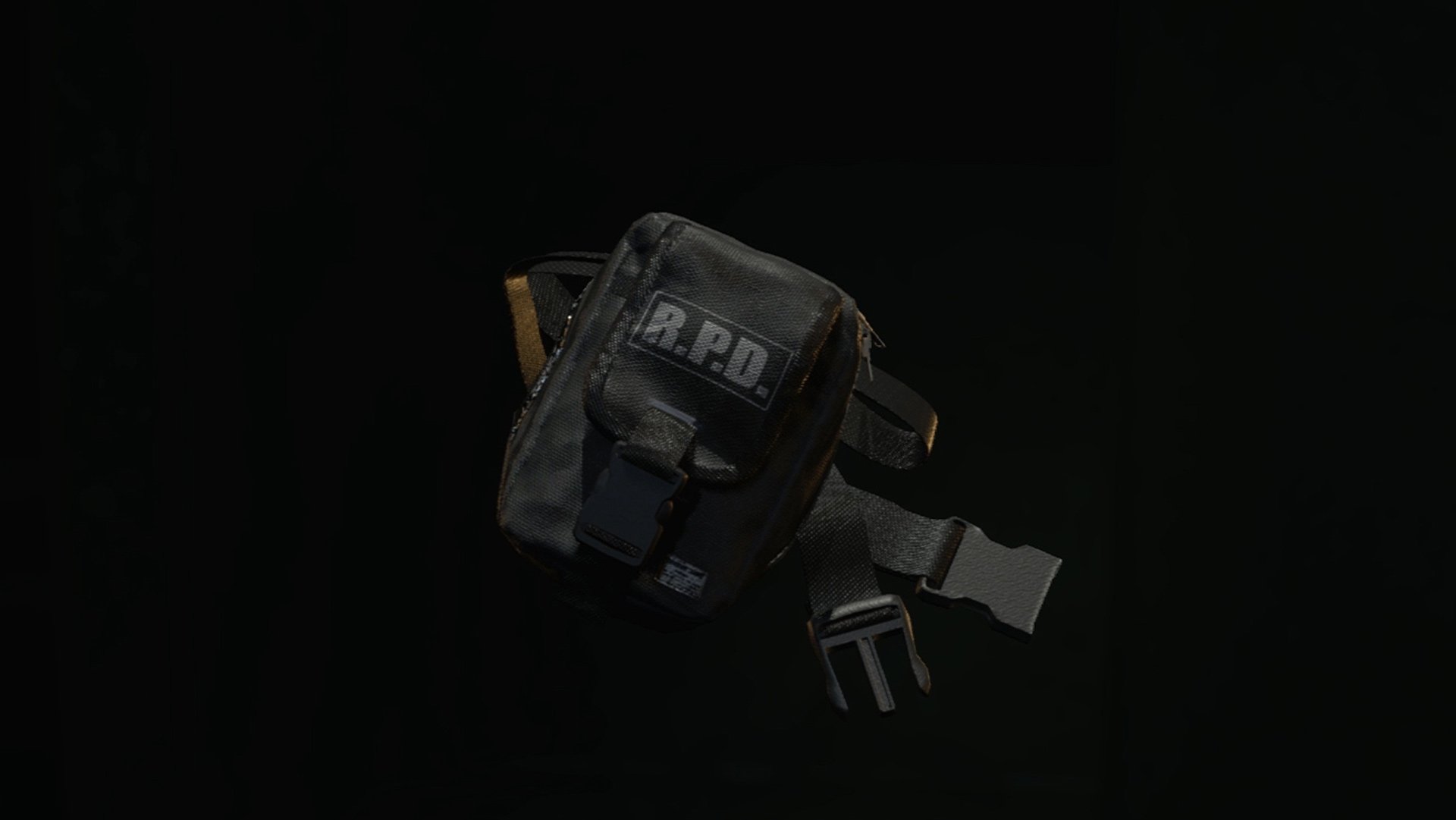 Resident Evil 2 is a survival horror game, and as such, players will need to spend a lot of time managing their never-quite-big-enough inventory. Thankfully, there is a way to increase the amount of items you can carry, and it means finding and collecting all the hip pouches hidden around Raccoon City.

There are a total of six hip pouches to be found, with each one increasing inventory size by two blocks. A couple of these hip pouches aren’t long the path of the main story, so they require a bit of extra time to go and collect. However, it can be worth collecting them all, as spending less time worrying about inventory space can save a bit of time overall.

Outside of in-game benefits, collecting all the hip pouches in Resident Evil 2 unlocks the A Waist of Space Achievement/Trophy!

This first hip pouch is found in the West Storage Room (room with the C4 attached to the wall). Find it on a table near the metal cage at the back of the room.

Another hip pouch can be found in the underground facility below the police station after the fight with the tyrant monster in the Operations Room. This area is only accessible after unlocking the goddess statue. Kill the tyrant monster and then find the safe room with the item box and the typewriter, the hip pouch is in the locker.

To get this hip pouch, players will need to locate both spare parts for the broken keypad in the Safety Deposit Room. These spare parts are found in the portable safes located in the Shower Room (2F) and the Linen Room (2F). Plug the parts into the keypad and unlock locker 203 to acquire the hip pouch.

The final hip pouch can be found in the Nap Room of the Laboratory, locked inside one of the sleeping pods where an arm can be found sticking out. To open these doors, find the Signal Modulator from the room beside the stairwell near the Lobby on B1 in the Laboratory. This stairwell can be accessed by navigating from the ladder in the Greenhouse down into B2, and then up through the stairwell to reach the locked door just prior to the Lobby. With the Signal Modulator in hand, return to the Nap Room and use the device on the electrical board.

Players can increase Leon and Claire’s inventory size by 12 blocks by spending some time collecting all the hip pouches in Resident Evil 2. It might take some time, but it makes surviving the zombie horde much easier, plus there is an Achievement to earn along the way. After finding all the hip pouches, check out the Shacknews Resident Evil 2 guide for more collectible guides and walkthroughs!